Barcelona What to see and doLa Barceloneta: a fishermen’s quarter with a grid street plan 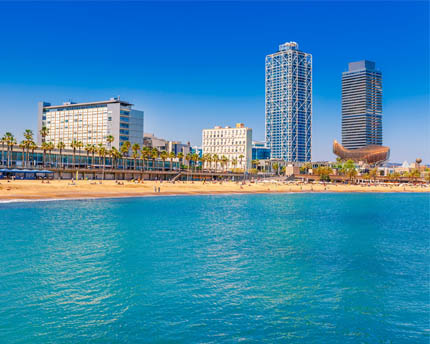 When flying over Barcelona, or using any kind of tool that gives us a bird’s-eye view, you can clearly distinguish the hypnotising grid of blocks designed by Ildefons Cerdà for the Eixample district, interrupted only by the long avenues that shape the Catalan capital, such as Avinguda Diagonal, Passeig de Gràcia and Passeig de Sant Joan. However, beyond Ronda de Sant Pere and Ronda de la Universitat, in the direction of the sea, a sense of disorder begins to take hold, where medieval maze-like streets prevail, especially in the Gothic Quarter and the elegant El Born.

Nevertheless, at the end of Via Laietana, the dividing line between El Born and the Gothic Quarter, order is restored in La Barceloneta, a set of narrow streets drawn up in the eighteenth century. When seen from above they recall a toy town furnished with tightly-packed streets, where the clothes that hang from balconies flap in the sea breeze and windblown passers-by wander the streets.

The history of La Barceloneta

At present, and especially when the weather permits—which in the case of Barcelona is most of the year—La Barceloneta is buzzing with tourists and locals, especially along its two main roads: Passeig de Joan de Borbó, which connects the Metro station with the beach, and the waterfront promenade. However, in the eighteenth century it was nothing more than a sandy area situated outside of the city walls, on which homes for fishermen were built, according to an orthogonal plan made up of long streets leading towards the sea.

During the following century, in addition to the fishermen and workers linked to maritime activity, people who worked for the neighbourhood’s main industries, centred mostly on gas and metallurgy, also began to move there.

Nevertheless, the definitive transformation came in the twentieth century, when the Catalan capital opened up towards the sea and, as a result, different restaurants, bars and beachside kiosks with tables almost touching the water—these days prohibited due to coastal legislation—began to open. Some of the area’s most beautiful buildings date from the beginning of the century, such as the stunning Cooperativa La Fraternitat Modernist-style building, which today houses the local library.

In the years running up to the Barcelona ‘92 Olympic Games the city fully immersed itself in its modernisation, with La Barceloneta affected, for better or worse, because of its proximity to the Olympic Village. In its surroundings, cutting-edge constructions were built, such as Torre Mapfre and Hotel Arts, symbols of the Barcelona that wanted to show itself to the world as a city with important historical heritage, modern infrastructure and a promising future.

What to see in La Barceloneta

Fans of gaming and betting will no doubt enjoy Casino Barcelona, one of Europe’s leading entertainment centres. It organises poker games for players of all levels and also boasts a wide range of gaming machines and tables.

In addition, Casino Barcelona hosts an array of events, screening sports and offering salsa nights, stand-ups, concerts and even wine-tasting and wine-pairing workshops. Its facilities also house different eateries where you can sample local and international dishes, as well as bars and pubs where you can grab a beer or a cocktail.

The beach, top-quality food and fiesta… Fun is guaranteed in the La Barceloneta neighbourhood! 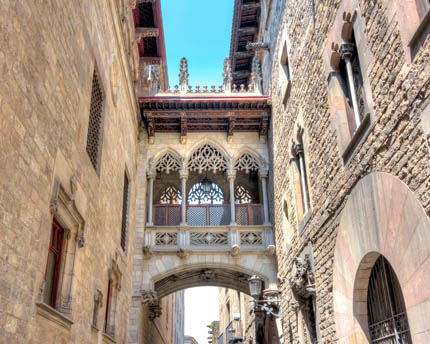