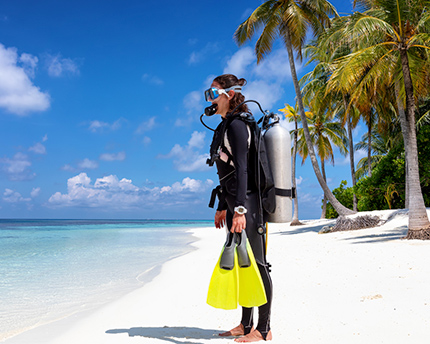 Fabulous beaches, treasures from the country’s colonial past, the most vibrant fiestas, mouthwatering food… the Dominican Republic offers all kinds of experiences that make for a vacation you’ll remember forever. But if you think all you can see ‘on the surface’ is impressive, just wait, because you have yet to discover what can be found on the sea bed. Get ready for a day’s diving at Punta Cana—the amazing underwater experience!

Take crystal-clear waters at an ideal temperature for diving, add an infinite abundance of marine life, coral reefs, submerged galleons and other shipwrecks, awesome undersea caves and cliffs, as well as various companies specializing in diving at all levels of experience, and the inevitable result is the perfect destination for diving. In short, the coast of the Dominican Republic has everything you need to enjoy diving or snorkeling, whether you’re an absolute beginner or a complete expert.

In particular, the eastern part of the Dominican Republic (in other words, Punta Cana and the surrounding area) offers a vast array of great diving and snorkeling sites. With depths ranging from a minimum of 10 feet down to over 82 feet in some places, you can discover stunningly beautiful coral reefs and expanses of open water inhabited by barracudas, rays, puffer fish, seahorses and turtles—to name just a few of the countless marine species to be found here.

Not only that—along the Punta Cana coast there are several sunken vessels, including the Astron, a huge, 394-foot-long Russian cargo ship that foundered off the coast of Playa Bávaro in 1978. Or there’s the Enriquillo RM-22, a 144-foot, former US military vessel, which was deliberately sunk off the coast of Playa Blanca in 2006 in order to create an artificial habitat for marine life.

Other underwater attractions in Punta Cana include the Las Cuevitas and El Canal areas, with their incredible rock formations, and the area known as El Acuario [the Aquarium], a coral reef regeneration project bursting with life. But without a doubt, the most exotic attraction is the underwater museum known as the Museo Submarino Igneri Caribe Taíno. Created between Playa Blanca and Playa Serena, at a depth of between 10 and 23 feet, by the Dominican artist Thimo Pimentel, this is a unique cultural and snorkeling attraction, consisting of 35 submerged sculptures representing Tainos—the indigenous people of the Caribbean. These underwater art works have since become a habitat for all kinds of fish, and corals have also been ‘planted’ around them to encourage yet more new species to settle here. An utterly fascinating experience for both novices and advanced divers alike. 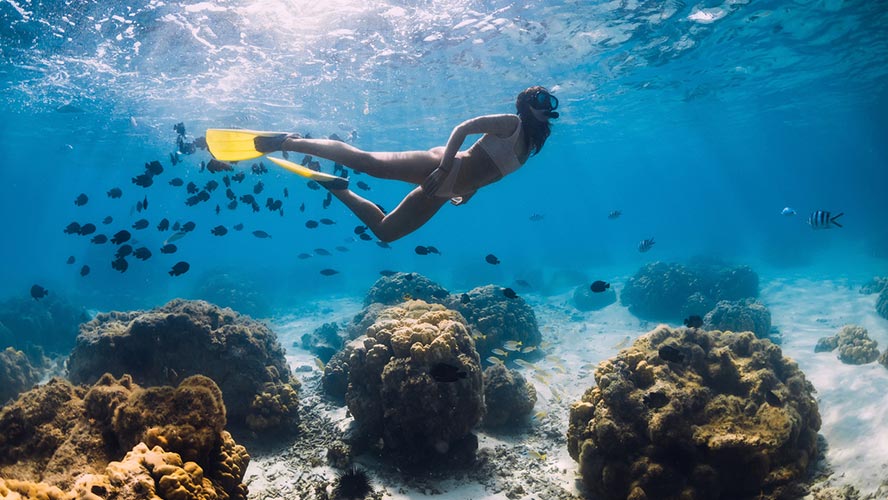 Diving on Isla Catalina, a dive pulsating with life

Another superb diving spot off the coast of La Romana, and not far from Punta Cana, is Catalina Island. This tiny unspoilt island, with its stunning white sandy beaches and its waters as calm as any millpond, offers fantastic opportunities for snorkeling, as well as for deeper dives. Some of the island’s undersea highlights include:

The wreck of the St. George, a deep dive in Bayahíbe

The idyllic Caribbean Sea also has its dark side and over time, it has claimed its share of lives. From the arrival of the first Spanish galleons to the time of modern cargo ships and cruise liners, many vessels of all kinds have ended their days resting on the sea bed off the coast of the Dominican Republic.

One of the most famous is the St. George, a former cargo ship originating from Scotland, built in 1962 and measuring 240 feet in length. It was used to transport cereal products between Europe and the Caribbean. The ship was abandoned in the port of Santo Domingo in the mid-1980s, and was eventually deliberately sunk off the coast of Bayahíbe in 1999. Today, the St. George lies at a depth of around 130 feet, and is therefore only suitable for advanced divers. It is home to coral, sponges, shoals of tropical fish, barracuda, moray eels and grouper, among many other species.

Here’s a tip: If the St. George is too much for you, have a look at the Atlantic Princess, another sunken vessel in Bayahíbe. This small, 98-foot-long cruise ship lies between 20 and 40 feet below the surface, a depth at which you can see the wreckage just by snorkeling.

One not-to-be-missed excursion from Punta Cana is a visit to Saona Island. Discovering its beaches and unspoilt nature is a unique experience. However, an exploration of the sea bed takes that experience to another level.

Most excursions to Saona Island include time to go snorkeling in nearby locations on the island, but if you want to enjoy the full underwater wealth of Saona Island—part of the Cotubanamá National Park—it is better to sign up for a specialist diving excursion, which will allow you to explore sites such as:

Here’s a tip: Saona Island is the most important nesting site for turtles in the Dominican Republic, so these wonderful animals are some of the best-known inhabitants of these waters.

The Dominican Republic’s climate is suitable for sea diving all year round. However, the best time to explore this fantastic undersea world is between the months of June and September. This is when the waters are at their clearest and calmest, and offer the best visibility. In other words, when conditions are ideal for an unforgettable dive. Throughout the year, the temperature fluctuates between 75 °F and 84 °F, so there’s no problem with diving in mid ‘winter’. 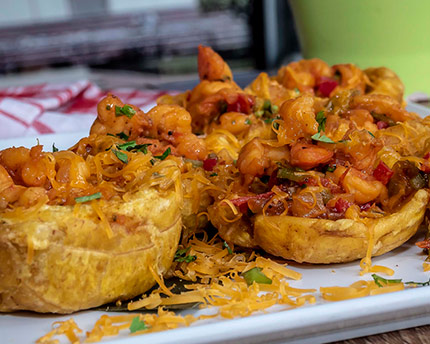 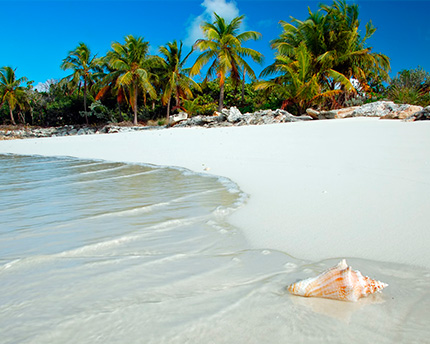