Fuerteventura What to see and doEl Cotillo: peace and quiet in a lovely fishing town

El Cotillo, peace and quiet in a lovely fishing town 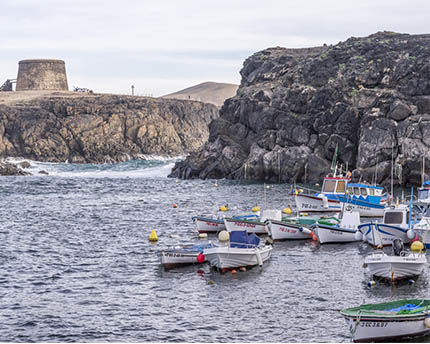 The municipality of La Oliva is home to the town of El Cotillo, an ideal destination for travellers anxious to find some peace and quiet on their holidays, as mass tourism is yet to arrive in this spectacular place in Fuerteventura. You’ll find it impossible to resist the charm of the fishing town or a walk along its coastline, which never fails to astonish with spectacular beaches.

In El Cotillo you can still lose yourself and find the silence you’ve been hankering for. In reality, you could almost consider it a natural spa resort, the perfect place to combat stress. Everyone who visits the town will hold a place in their memory for the views seen from El Tostón tower, the town’s meeting place, and the colours of its fantastic sunsets over the Atlantic. Long strolls along the seaside and watching the fishermen hard at work in their small boats will no doubt contribute to calming your nerves. Add in to this a dip at one of its beaches or enjoying delicious fresh fish at one of its restaurants, and you can’t go wrong.

What to see in El Cotillo, a town in Fuerteventura steeped in history and landscapes

In El Cotillo, a place that oozes natural charm, visitors can enjoy mapping out their own routes. Heading to the jetty, the meeting place of local fishermen, is a magnificent way to get a feel for things after relieving yourself of your luggage. As is visiting the newly-built port, a mooring place for larger boats. A visit to the area around El Tostón lighthouse or tower are other great options for familiarising yourself with the area. In the time of the conquest, at the hands of the Crown of Castile, the village became an important place of transit for trade in orchella weeds, grains and livestock.

A visit to El Tostón castle

Declared a Historic-Artistic Monument of Cultural Interest, El Tostón tower, also known as El Cotillo castle, is one of the main attractions in the town. Dating from the early eighteenth century, the cylindrical stone construction with a flat roof has a striking look. Via a stone stairway you can climb up to the top of the defensive fortification, which once had three cannons on the upper level and has managed to conserve a small draw bridge with wrought iron chains. In the past it was used for spotting the pirates who traversed the island’s waters. These days it provides visitors with magnificent views and is used as a space for cultural events and temporary exhibitions. It is also the headquarters of the local tourist office.

The lime kilns of El Cotillo

In the same area as the defensive tower are the lime kilns of El Cotillo, which are highly important from an ethnological and ethnographic perspective, and also declared an Asset of Cultural Interest. Made up of five kilns, they evoke the town’s story of survival and the wise decision it took to exploit one of the island’s few ground resources, formed chiefly by limestone rock. Throughout history, Fuerteventura has been an important place for exporting quicklime to the rest of the Canary Islands and the Iberian Peninsula.

A stop at El Tostón lighthouse and the Traditional Fishing Museum 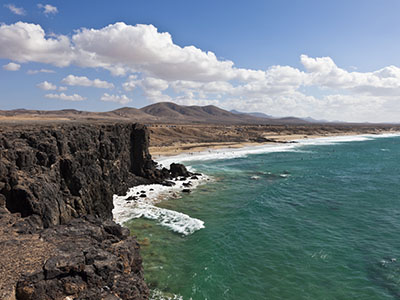 A tour of the area must include a stop at El Tostón lighthouse. After climbing up to the top of one of its towers, the sheer force of the landscape imposes its wild, isolated character and, of course, its incredible sunsets. Inside is the Traditional Fishing Museum, where, through reproductions, audio, videos and information panels, visitors can familiarise themselves with the art of fishing in Fuerteventura, a strong point of the local economy. Don’t leave without getting a better grasp on the close relationship between islanders and the ocean.

La Concha beach in El Cotillo, from cove to cove

The beaches are one of the main attractions in El Cotillo. Among the most well-known is La Concha beach, a succession of small coves that are incredibly beautiful. Thanks to the calm waters, it’s a perfect place to visit with kids, who will have a great time playing in the natural pools that form between the rocks. Just as spectacular is the group of coves that make up Los Lagos beach, which stretches along the northern coast until Corralejo and is nudist-friendly. It stands out for its fine sand and the clear and calm nature of its water, in the absence of any risk.

Fans of surfing travel to Fuerteventura tempted by the wind and the powerful waves found on its beaches. At the base of El Tostón tower is El Cotillo beach, a perfect place for learning how to catch waves in the summer months, hence the presence of various surf schools. The wildest beaches in the area include Aljibe de la Cueva beach, which is open to the ocean and has fine golden sand and powerful waves, which is why caution should be taken. The spectacular cliffs that surround it also make it worthy of a visit.

What to eat in El Cotillo

At the old jetty you can enjoy some of Fuerteventura’s finest food, prepared in a simple, fresh and natural way. In the surrounding area there are bars and restaurants where you can sample delicious dishes made using seafood. Limpets, sancocho de pescado (stewed fish with sweet potatoes, among others) and boiled sea bass, accompanied by ‘wrinkled potatoes’ with mojo sauce and gofio (a puree made from roasted grains) are just some of the typical specialities. The menu isn’t short on comber fish, white sea bream, grouper, Atlantic wreckfish, calamari, octopus and parrot fish, depending on the fishermen’s catch of the day.

However, if you prefer something a little meatier, El Cotillo, as well as the rest of the island, serves up exquisite Fuerteventura-style kid goat, either roasted or stewed. Majorero cheese is also another staple found on every dining table.

The best restaurants in El Cotillo

Restaurants in El Cotillo are varied. Notable establishments include La Vaca Azul and Las Marismas, which boast views of the ocean and the fishermen arriving with their catch of the day. Their menus offer a great variety of fresh fish and typical rice stews with shellfish. The rest of the pick of the bunch include, among others, the restaurant Roque de los Pescadores, La Ballena, which has views of El Cotillo castle, and Piedra Alta. However, all of them stand out thanks to the simplicity and tastiness of Canarian cuisine. 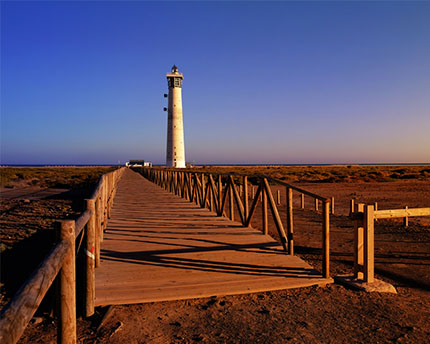 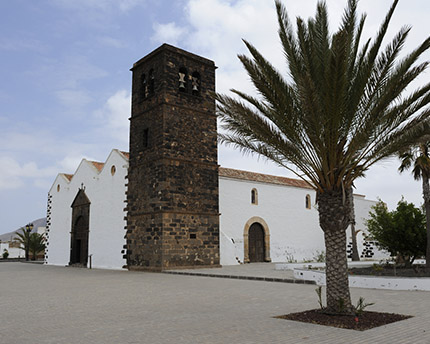 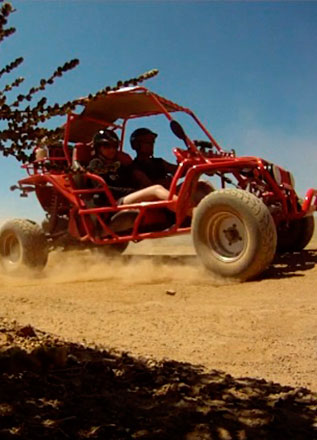 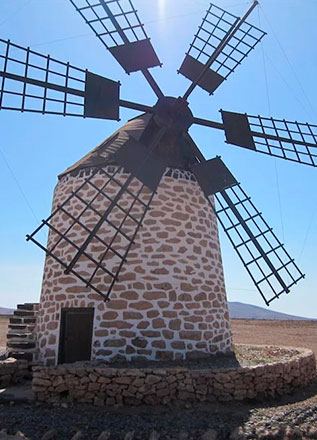 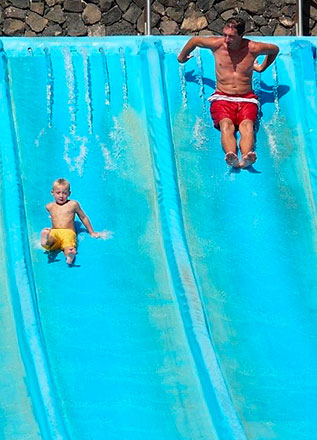 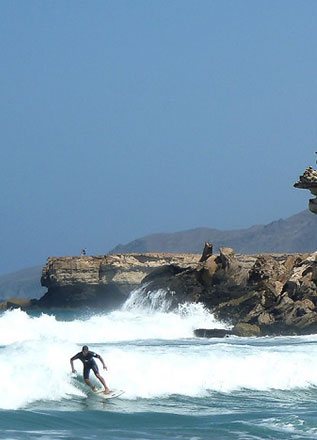