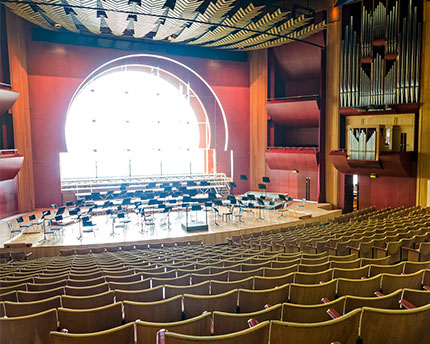 Designed by the Catalan architect Óscar Tusquets and inaugurated in 1997, the Alfredo Kraus Auditorium in Las Palmas is the main cultural focal point in the capital of Gran Canaria. The auditorium was named after the Canary Islands’ most famous tenor and holds the largest organ on the islands – it’s 10 metres high and has 2,750 pipes. The building boasts a large window measuring more than 100 square metres that looks over the Atlantic Ocean from behind the building’s main stage. You can also enjoy picture-postcard views from the terraces over Playa de Las Canteras.

This is one of the most unique buildings in the capital. It was originally conceived as a lighthouse that would protect the city from its location at the emblematic Playa de Las Canteras. Resting on a plinth of volcanic rock, this colourful colossus occupies 16,750 square metres and has capacity for 4,600 people.

Alfredo Kraus and the great icon of Las Palmas

Now an icon of the capital of Gran Canaria, the Alfredo Kraus Auditorium has been a symbolic sentry at Playa de Las Canteras since its doors first opened. Beyond the enticing and intense programme of events, it’s worth taking some time to enjoy what is a unique building that ranks among the must-see places in Las Palmas. Canarian artist Juan Bordes has created a spectacular sculpture series or “symbolic theatre of the sea” inspired by Playa de Las Canteras – among the pieces around the building are mermaids, jellyfish and even the rock goby, a fish common in rock pools on Playa de Las Canteras.

Over its 20-year history, the Alfredo Kraus Auditorium has established its place in the city’s cultural and social life. Visit the auditorium’s website to find out about upcoming events to suits all interests.

Festivals and forthcoming events in the Alfredo Kraus Auditorium

Every year, the auditorium hosts the Las Palmas International Film Festival and the Canary Islands Music Festival, not to mention other contests, exhibitions, conferences and conventions. The Alfredo Kraus Theatre is the headquarters of the Gran Canaria Philharmonic Orchestra, and the building complex also houses the Canary Islands Conference Centre.

The most emblematic rooms in the auditorium are the 1,656-seat Symphony Hall and the 326-seat Chamber Hall. The hexagonal layout of the Symphony Hall provides extraordinary acoustics. Among the great ensembles to grace the stage here are the Royal Concertgebouw Orchestra from Amsterdam and the philharmonic and symphony orchestras from Vienna, Boston, Philadelphia and New York. Other great names to walk the stage are Lorin Maazel, Zubin Mehta, Carlos Kleiber and Anne Sofie von Otter.

By contrast, the cedar-clad concave Chamber Hall makes the audience feel closer to the performers. Among its events are several veteran cycles including Confidencias, Young Composers and Young Canarian Performers (the latter has included 20 world premieres).

With classical, jazz, pop, new music genres and singer-songwriters among its features, the Alfredo Kraus Auditorium in Las Palmas is one of the Canary Islands’ cultural focal points, together with the Tenerife Auditorium and the Pérez Galdós Theatre on Gran Canaria. The programme includes premieres of shows created by Canarian artists as part of the En luna llena (At Full Moon) contest.

Other events in the Alfredo Kraus Auditorium

The programme features several other cycles including The Organ in Concert, Guitar Masters, Musical Reef, Jazz Corner and a trip through music history in the form of the Festival de Música Antiqva.

Together with the Pérez Galdós Theatre, the Alfredo Kraus Auditorium hosts almost all classical music concerts in Las Palmas. Almost all events in this genre involve the Philharmonic Orchestra Foundation of Gran Canaria, the Canary Islands Music Festival, Canarian Friends of the Opera and the Philharmonic Society of Las Palmas. You’ll also find lyrical poetry and dance among the programmed events.

There are guided visits of both buildings from Monday to Friday. The grand Alfredo Kraus Auditorium together with the Canary Islands Conference Centre won’t fail to impress you, and for those interested in visiting the historical Pérez Galdós Theatre (reopened in 2007) a team of more than 40 volunteers are ready and waiting to show you around. You won’t be disappointed by the frescoes, stained glass windows and Art Nouveau carpentry by Néstor Martín Fernández de la Torre, nor by the imposing Italian-style theatre or the terrace with views over the old town of Vegueta.

To arrange a guided visit of the Alfredo Kraus Auditorium or the Pérez Galdós Theatre, call +34 928 433 334 or send an email to atención.usuarios@auditorioteatrolaspalmasgc.es 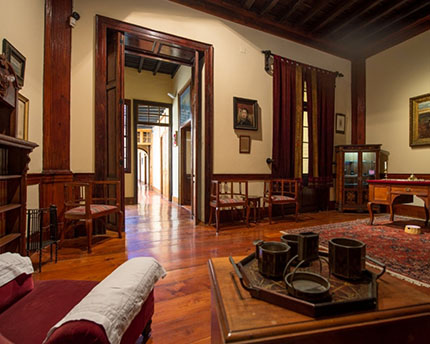 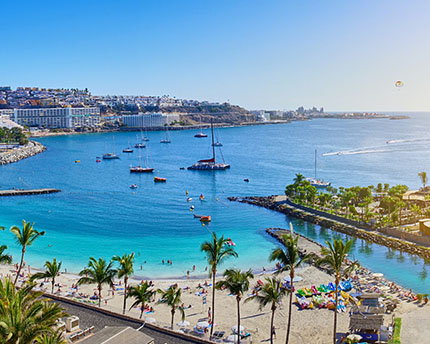 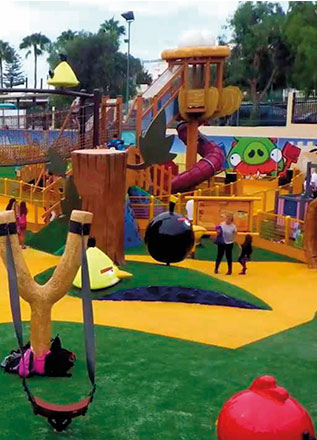 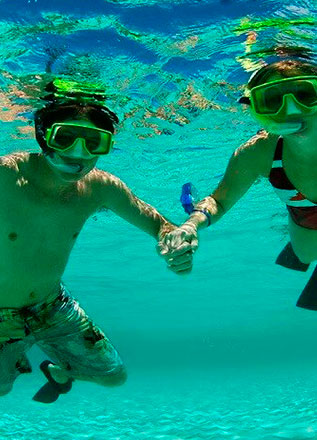 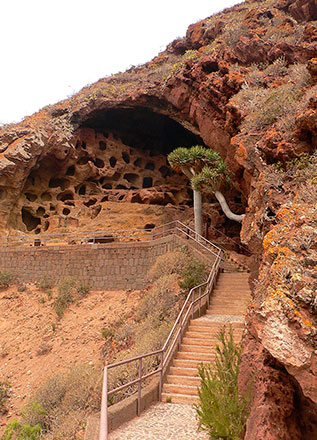 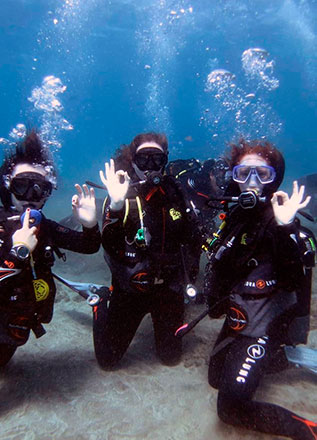 55€
Diving and Snorkelling on Gran Canaria