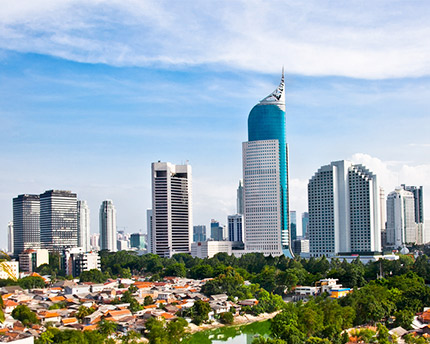 Jakarta is an essential stop on a trip to Indonesia. As well as being the country’s capital, it’s a vast metropolis and the most populated city in Java. It’s inhabited by over ten million people who are spread across 650 km2. If the city’s limits are expanded to include the metropolitan area, known as Jabodetabek, this population figure reaches 30 million inhabitants, and Jakarta is among the ten most populated cities in the world.

Over the centuries, Jakarta has been given many different names, including Sunda Kelapa, Jayakarta, Batavia and Djakarta. It sits at sea level, making rising water levels due to global warming a major threat. This is one of the reasons that, in 2019, the decision was made to relocate the country’s capital. The deadline given to create a new city is many years away, so we will have to wait and see if it actually happens… Another surprising fact is that 13 rivers pass through the city, running from the more mountainous south of the island to the north and into the Java Sea. The Ci Liwung River is particularly noteworthy, and its course separates the west and east of the island.

Jakarta is unusual in political terms because, officially, it’s not actually a city but rather a province with the status of the country’s capital. It’s run by a governor, who has a similar role to a mayor, and each of its municipalities has its own administration. It’s divided into five municipalities: Jakarta Timur (East Jakarta), Jakarta Barat (West Jakarta), Jakarta Utara (North Jakarta), Jakarta Selatan (South Jakarta) and Jakarta Pusat (Central Jakarta). It also includes the Thousand Islands (Kepulauan Seribu), an archipelago of 105 islands that are also part of Jakarta and are scattered across the bay, stretching 45 km into the Java Sea.

This city-province is the political, financial and industrial centre of Java and Indonesia as a whole. Its origins can be traced back to the 15th century when it was a small port known as Kalapa; it expanded with the arrival of European colonisers, especially the Portuguese and Dutch, who were followed by the Japanese. This colonial history explains why independence is so important on the island and is commemorated with numerous monuments.

The main religion is Islam but there are also minority populations of Hindus, Christians and Buddhists, making it a gratifying surprise to discover magnificent Jakarta Cathedral and Istiqlal Mosque. The city’s official language is Bahasa Indonesia but most people speak it as a second language because they have immigrated to the capital from other places with their own language or dialect.

A trip to Jakarta should always involve seeing certain sights that give you an idea of the philosophy and way of life in this corner of South-East Asia. Make sure to visit the National Museum of Indonesia, the National Monument and Istiqlal Mosque in Central Jakarta, and head to Kota Tua, in West Jakarta, to visit the History Museum. North Jakarta is home to the city’s beaches and Ancol theme parks. 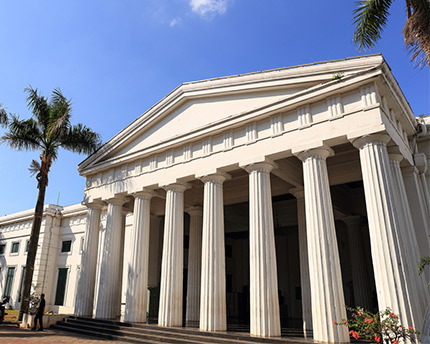 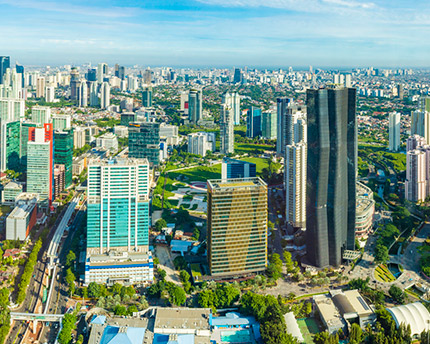 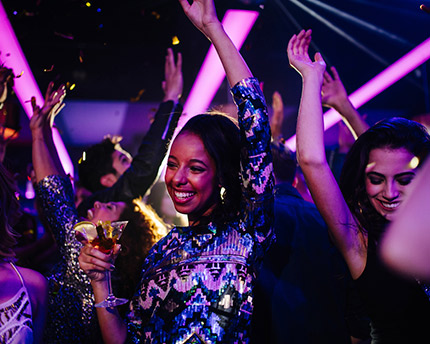