Madrid What to see and doMuseo del Prado: the finest collection of Spanish art

The Museo Nacional del Prado is the jewel in the crown of Madrid’s ‘Golden Triangle of Art’, as it houses the largest exhibition of Spanish painting in the world. Its collection is made up of the works acquired by Spanish monarchs over centuries of patronage, numerous donations and purchases. The collection consists of almost 9,000 paintings (of which a quarter is on display), 5,000 drawings, 2,000 engravings and over 700 sculptures distributed throughout the museum. Given its size, we recommend you plan your itinerary beforehand or book a guided tour to get the best out of such a large amount of art. In addition to renowned paintings by Spanish artists such as Las Meninas by Velázquez, and The 3rd of May 1808, or “The Executions” by Francisco de Goya, the museum also boasts important works by Flemish and Italian masters from the Renaissance and the Baroque periods.

The gallery has selected from its extensive collection a series of essential works for those visitors who are short on time. You can choose between one-hour, two-hour or three-hour itineraries, in addition to different themed options or passes if you also wish to visit the other two museums that make up the Paseo del Arte: the Museo Nacional Thyssen-Bornemisza  and the Museo Nacional Centro de Arte Reina Sofía.

If you opt to go at your own pace, we recommend following a chronological order starting in the eleventh century, which includes Mozarabic mural paintings from the Church of San Baudelio de Berlanga. Continue on to the works of Berruguete, Bartolomé Bermejo and Luis de Morales, which span Hispano-Flemish Gothic painting to the Renaissance. If you like the painting of El Greco, you’ll find an extensive collection of his works. Look out for the mastery of The Holy Trinity and The Nobleman with his Hand on his Chest.

Painters such as Murillo, Zurbarán and Ribera are worthy representatives of Spain’s Golden Era, much like Velázquez, one of the most renowned Spanish artists. Among the works on display by the painter, in addition to Las Meninas, is The Spinners, or the Fable of Arachne. You can also admire Goya’s extensive body of work (from the eighteenth to nineteenth centuries), such as the famous Black Paintings, with which he covered the walls of his house (the Quinta del Sordo), and the cartoons that he made for the Royal Tapestry Factory. Be sure not to overlook the beauty of the works by Sorolla (you can also visit the Sorolla Museum, Madrazo and Fortuny.

While art flourished in Spain, so it did in other places such as Italy and Flanders. At the Museo del Prado you will find great Italian artworks by artists such as Fra Angelico, Botticelli, Mantegna, Messina, Titian, Tintoretto and Caravaggio.

Given the good relationship between the Spanish Crown and Flanders, the museum boasts an extensive collection by the original Flemish Masters, on display in the new Flemish Painting Rooms. Among them are The Descent from the Cross by Van der Weyden, and The Garden of Earthly Delights by Hieronymus Bosch. Other works that you’ll recognise include those by Rubens, the Brueghel family, Jordaens and Teniers. Although the collections are somewhat smaller, French, Dutch and German painting is also represented in the form of Dürer, Claude Lorrain, Rembrandt and Watteau.

Be sure not to miss Dauphin’s Treasure, situated in a new and modern exhibition space inaugurated for the bicentenary of the Museo del Prado.

The history of the Museo del Prado

The building that today houses the museum was designed by the architect Juan de Villanueva, by orders of King Charles III, to house the Natural History Cabinet, in the late eighteenth century. However, its function was not clearly defined until the monarch’s grandson, King Ferdinand VII decided—encouraged by his second wife Queen María Isabel de Braganza—to convert it into the Royal Museum of Paintings and Sculptures. It opened to the public in 1819 with a catalogue of 311 paintings by Spanish artists, although its collection already comprised 1,510 works from the Reales Sitios (Royal Residences). In the sixteenth century, the emperor Charles V started to build the royal art collection and, from then on, both the Habsburg and Bourbon Monarchs continued to expand it. Some of the Museum’s greatest masterpieces owe to his good taste. Be sure not to miss the aforementioned The Garden of Earthly Delights by Bosch, The Nobleman with his Hand on his Chest by El Greco, The Death of the Virgin by Mantegna, The Holy Family, known as The Pearl, by Raphael, Emperor Charles V at Mühlberg by Titian, The Washing of the Feet by Tintoretto, Self-portrait by Dürer, Las Meninas by Velázquez, The Three Graces by Rubens, and The Family of Carlos IV by Goya.

Since it was founded the museum’s collection has expanded with over 2,000 paintings, sculptures, prints and drawings, in addition to having received art from other now defunct museums. Particularly important donations include Goya’s Black Paintings, bequeathed in the nineteenth century by Baron Emile d’Erlanger. In recent years works have also entered the collection through purchase, such as Fable and The Flight to Egypt by El Greco, The Countess of Chinchón by Goya, Fernando Brandani, previously known as Portrait of the Man called ‘The Pope’s Barber’, by Velázquez, and The Wine of Saint Martin’s Day by Pieter Bruegel the Elder.

The collection was protected from possible bombing during the Spanish Civil War on the museum’s lower floor with sandbags. The museum even took in other works rescued from churches, convents and even the Monasterio del Escorial, the residence of the King of Spain. For safety reasons and on the recommendation of the League of Nations, the collection was then sent to Geneva, but the outbreak of the Second World War meant it had to return once again to Madrid.

As the museum’s collection and the number of visitors has gradually increased, facilities have also had to adapt and expand. At present, the Museo del Prado is distributed around a campus formed of Villanueva’s original building, the Jerónimos Cloister, the Buen Retiro Palace, the administrative building on Calle Ruiz de Alarcón, and the Hall of Realms of the Buen Retiro Palace.

The most recent extensions, undertaken by the architect Rafael Moneo, connect the original building with the restored Jerónimos Cloister by way of a vestibule in which customer information services, the library and the cafeteria are located. Through this renovation, temporary exhibition rooms, an auditorium, a conference hall, workshops, laboratories and repositories have also been created. The research departments, the library and archives are situated in the Buen Retiro Palace.

The Museo del Prado also plays an important educational role for schools and families. Throughout the whole year the museum offers countless tours and workshops that try to bring kids in touch with art. We recommend booking ahead.

How to arrive to Museo Nacional del Prado 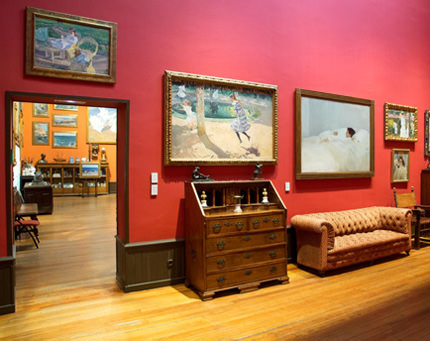 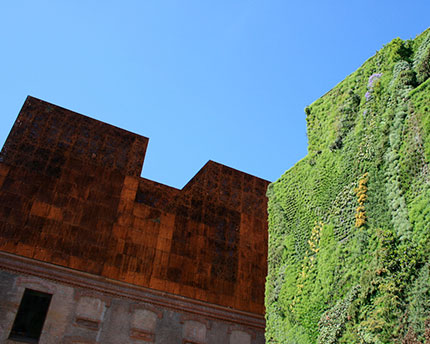