Madrid What to see and doPatones de Arriba: the small ‘kingdom’ where time stood still 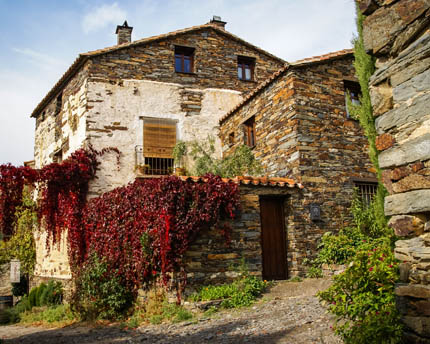 In the Valle del Jarama, the natural border between the Madrid Autonomous Region and Guadalajara, some 60 kilometres from the north-east of the capital, is a small village that has gone practically unnoticed over centuries. Set on top of a ravine, in an opening in the mountains, Patones de Arriba has withstood the test of time, isolated from the rest of the world and even governed by its own ‘King’ (a sort of hereditary mayoralty) until the eighteenth century. The result is a magical place where time seems to have stood still, a small village that is one of the finest examples of the region’s ‘black architecture’ with its winding streets and houses made from slate. Over recent decades, many locals have moved down to Patones de Abajo, created in the forties, and as a result the ancient village is mostly dedicated to tourism and has filled with country guesthouses, restaurants, ecological shops, craft shops and workshops dedicated to various manual crafts, many of them run by bohemian urbanites who one day decided to leave the city behind for good. Patones de Arriba is the most picturesque village in Madrid and a perfect option for disconnecting from it all on a weekend break.

Patones: the village that was a ‘kingdom’

Although its existence is only recorded as of the sixteenth century, it is likely that Patones de Arriba dates back to the time of the Arab invasion of the Iberian Peninsula when people from the plains sought refuge in the mountainous area. From then on, the settlement was governed by a king-mayor of hereditary status, as the historian and traveller Antonio Ponz outlined in the seventeenth century: ‘Among themselves, these men, who were called Los Patones, chose the person with the most integrity to govern and resolve their disputes, the successor of the family, and this hereditary government was maintained over the centuries with the head known as the ‘King of Los Patones’. The tradition was finally lost in the eighteenth century when the village had its first mayor. The little information that is known about the ‘kingdom’ has come through oral tradition, as existing documents were burnt during the Spanish Civil War together with the rest of the archives of Uceda, the municipality that Patones de Arriba was dependant on for centuries. In spite of this, some older people from the village have referred to an ancient, long-vanished book ‘covered in cat skin’, in which the kings recorded the history of the village. In the early nineteenth century, legend has it that the history of this remote and rugged village took another turn when Napoleonic invaders passed by without noticing Patones de Arriba, which remained unaffected by the French conquest. This, however, has been refuted by various documents.

What to see in Patones de Arriba

Although you can park in the village, we recommend climbing up by foot from Patones de Abajo along the El Barranco Ecological Trail, a route that takes some 20 minutes and allows you to appreciate the steepness of your destination, situated 832 metres above sea level. On the edge of the village is the Church of San José, dating from the seventeenth century, which now houses the Tourist Information Office. The centre offers two interesting routes: the Ages of Architecture route, a journey through time exploring the origins and evolution of Patones de Arriba by means of its popular architecture; and the Food Architecture route, which explores the traditional constructions that contributed towards local gastronomy, such as wineries, furnaces, threshing floors, pigsties, and sheep and goat shelters, among others.

Another pleasant option is to amble through the narrow streets, where you can discover the unique charm of the so-called black architecture on your way to the highest part of the village to enjoy the views, before visiting the Patones stream or the Slate Ecomuseum. Your walk will be punctuated with charming spots, small craft shops, terraces where you can stop for a drink and excellent restaurants serving traditional Castilian food with plenty of meat and natural products such as honey, fresh cheese and farm yoghurt. Those who like the idea of a warming stew in the middle of autumn must visit in November, the Mes de los Callos—a whole month dedicated to Madrid’s classic tripe dish. If you’re planning on spending the night in the village, it’s best to book ahead at one of its quiet and cosy rural guesthouses—old renovated buildings such as La Fuente, El Ensueño, El Refugio or El Tiempo Perdido, the latter run by a Frenchman who fell in love with Patones and decided to stay.

If you want to stretch your legs with a light walk, there are some picturesque places in the vicinity of Patones de Arriba that also deserve to be seen. One of them is the Hermitage of the Virgen de la Oliva, a small Mudéjar-Romanesque church that dates from the eighteenth century and is situated some four kilometres away. Other nearby options include the Dehesa de la Oliva archaeological site, where you can see the remains of a pre-Romanesque fort, and the Pontón de la Oliva damn, a structure built in the nineteenth century as part of the Canal de Isabel II, which was never utilised.

Along the same path is the Reguerillo Cave, a cavity with nine kilometres of galleries, which include cave paintings and were a great place for caving. Unfortunately, it wasn’t preserved well whilst it was open and, as a result, it has been closed since 2006 in order to conduct paleontological and archaeological studies.

How to arrive in Patones de Arriba 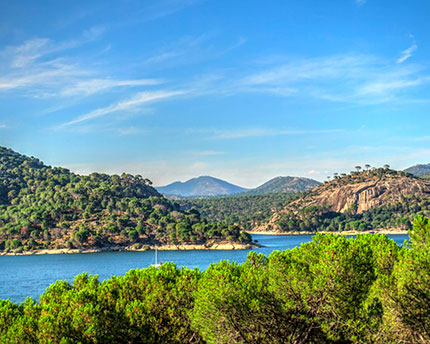 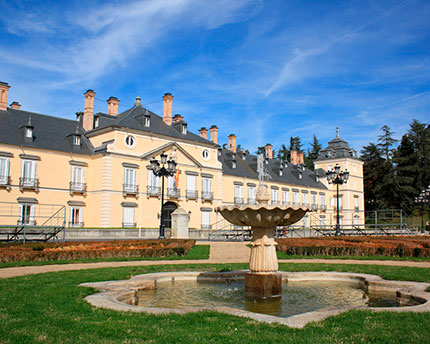 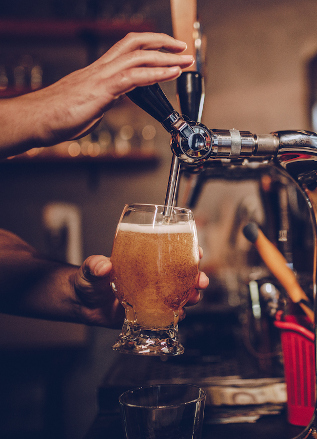 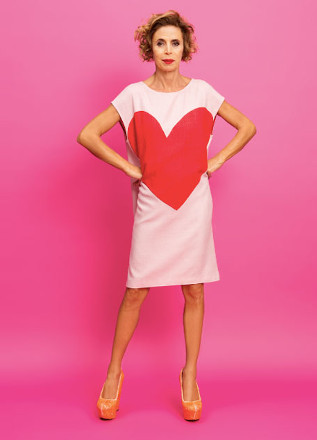 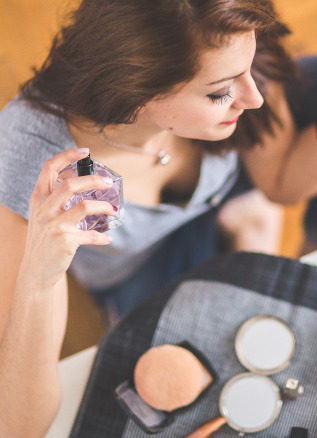 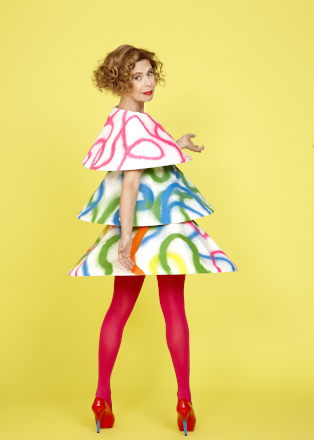