Setenil de las Bodegas and the charm of its cave houses 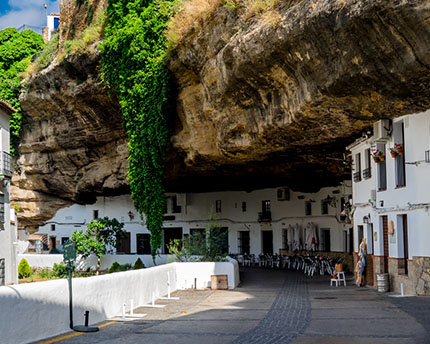 When visiting Setenil de las Bodegas for the first time you are likely to be taken aback upon seeing that most of the town is situated beneath immense karst rocks.

What comes after that initial surprise is awe, for a type of architecture that dates back over 5,000 years and that has made Setenil de las Bodegas one of the most extraordinary towns on the so-called Route of the White Villages (vincular a URL correspondiente). Some of its streets are even “covered” by the enormous rocks.

Before embarking on a walk through the streets and squares of Setenil de las Bodegas, be warned that it is not an easy town through which to navigate. Due to a considerable difference in elevation between the lower part (on the banks of the Trejo river) and the upper part, its inclines are on the steep side. For this reason, we recommend taking it slowly and making the most of much-needed breaks to admire the town’s pretty whitewashed houses adorned with flower pots and iron-barred windows.

Remains of human presence from over 5,000 years ago have been found in some of the caves in Setenil de las Bodegas, demonstrating that the people who inhabited this area of the Iberian Peninsula in ancient times knew about the existence of the cavities, which they used as occasional dwellings.

Nevertheless, it wasn’t until the Late Middle Ages when a permanent settlement was founded. Later on, during the Almohad period, a castle was built in the area known as La Villa, from which the current layout of Setenil de las Bodegas was developed.

After the arduous conquest of the town (Muslim troops resisted seven sieges), Setenil was repopulated by noblemen and became a place of great importance, coming to have its own hospital and seminary.

Until the mid-seventeenth century, Setenil de las Bodegas was administratively dependent on the nearby town of Ronda (vincular a URL correspondiente). At that time, the wine industry, after which the village is named, began to develop. The town was surrounded by numerous vineyards whose grapes were used to make the wine that was then deposited in the many wine cellars, both in homes and in the caves that still exist on the outskirts of the village.

The phylloxera epidemic, which also reaped havoc in the rest of Europe, put an end to wine production in the town. However, over recent years vines have been replanted by some local producers in an effort to produce wine once again.

What to see in Setenil de las Bodegas 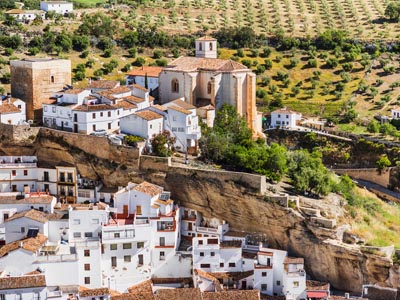 First and foremost, the most important thing to see in Setenil de las Bodegas is the village itself, which is made up of several streets concentric to the rivers that cross the town. Notice how the façades of the houses barely protrude even just a few centimetres from the rock into which they are built.

Setenil, however, also has a whole host of other buildings and urban spaces of particular interest, which are listed below:

More than just eating, Setenil de las Bodegas is a perfect place to go for tapas, and very good tapas at that. This is in part thanks to its proximity to the Sierra de Grazalema and the Sierra de las Nieves mountain ranges, where cheese and meat (such as that of the retinto breed) and especially-succulent olive oils are produced. What’s more, the sea is just over an hour away, which means that deep-fried and grilled fish are also staples of the town’s bars and terraces.

Read on for some of the most noteworthy establishments: 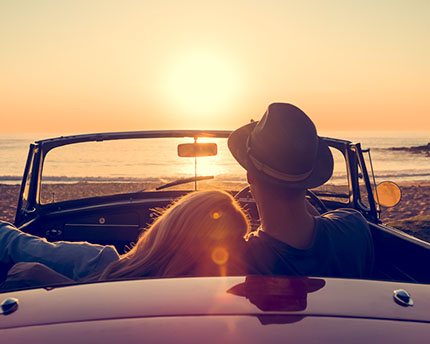