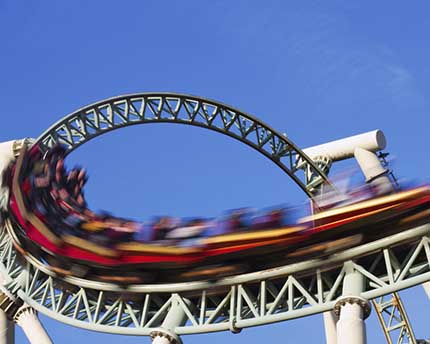 In the Costa del Sol municipality of Benalmádena, just 20 kilometres from the city of Málaga, the Tivoli World amusement park has been offering fun and adrenaline for more than forty years. Inaugurated in 1972 by the Danish Olsen family, the novel design of the park imitated the Tivoli World of Copenhagen, one of the oldest theme parks in the world. Since then, the park facilities have seen more than 30 million visitors pass through its entrance. One of the keys of its success is its continuous updating—its last big renovation took place between 2005 and 2008.

Considered one of the largest theme parks in Andalusia, the gigantic venue hosts a total of 40 attractions, to which we must add numerous carnival games, shows and concerts, theme restaurants and shops. Despite the fact that its target audience are children, some attractions, such as the recently installed 60-metre Free Fall Tower or its mythical Roller Coaster, also attract the attention of the thrill-seeking adults. For everyone else, the vintage atmosphere of the park is enough reason to return, as it evokes the wonderful childhood memories. Let us take you on a journey to discover some of its secrets, as well as practical information (opening times and prices).

A nostalgic look at the beginnings of Tivoli World

The Olsen family, aware of the great popular success that the Tivoli World of Copenhagen had for over one hundred years, saw in the emerging Costa del Sol a fantastic opportunity to export that model. The word Tivoli, inspired by the beautiful Renaissance gardens of the Italian city of the same name, would soon be integrated into Málaga’s imaginary as a form of leisure unknown in the province before its arrival. Those who are now adults, still remember the five pesetas that the ‘supertivolino’ cost—the entry stamp that then became a bracelet—as well as the primitive minivans whose loudspeakers emitted the unmistakable Tivoli tune as they passed through different neighbourhoods.

At the beginning of the 1970s, the novelty revolved around the park. Its countless rides surprised everyone, as did the numerous sources of light and sound, its nocturnal fireworks, the lakes with boats, and its exotic Chinese pagoda. But what caught Málaga’s attention more than anything—and that of Spain as a whole—was its open-air theatre, initially visited by international artists and stars such as James Brown, Montserrat Caballé, Isabel Pantoja, Julio Iglesias, Mecano or Alejandro Sanz, to name just a few.

Today, the park’s undeniable value is precisely its nostalgia, with many of those first attractions, such as the cable car or the Ferris wheel, still in operation; and a seventies aesthetic that is priceless.

The leisure offer at Tivoli World is so extensive that it is difficult to decide where to start. Arranged into themes—the Wild West, Andalusia, Spain, the jungle—each of them has many mechanical rides and carnival games of different kinds:

The park has many other attractions for children who are a little shorter, such as the children’s roller coaster, the 9-metre-high shuttle, the children’s Ferris wheel, or the baby boats.

The third pillar of the park are its many stages, the Tivoli Theatre being the most emblematic of the venue. Depending on the time of year, this outdoor theatre plays host to a variety of concerts by important artists and children’s shows.

Tivoli World’ schedule changes according to the time of year, so we recommend visiting its website before making any plans. It is especially active in the summer months, when its doors open every day from 5:30 PM to 1:30 AM; during spring and autumn the schedule moves forward and doors often open at 12:30 PM. In November and December the amusement park completely closes its doors, and prepares for the following year.

People over 65 and children who measure less than one metre can access the park for free. 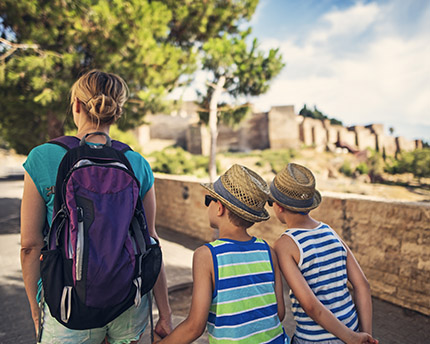