Málaga What to see and doWhat to see in Marbella: luxury, beaches, sun and seaside charm 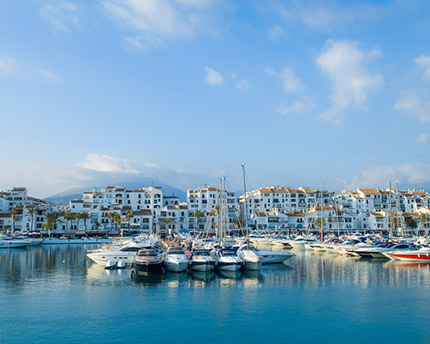 Marbella is, possibly, the most international tourist destination on the Costa del Sol. However, it has preserved its seaside charm and local identity, despite festivals, clubs, restaurants, and jet setters from all over the world speaking many different languages. Its authentic character lies in the whitewashed walls of the old town and the way it’s beautifully cared for, festooned with hundreds of brightly coloured flowerpots which give the whole place a gorgeous scent that you would like to bottle.

You need to go to Marbella with an open mind and be prepared to break away from all the stereotypes that have tainted its image. However, no one can deny that it’s one of the most exclusive destinations on the Andalusian coast, with its mansions by the sea, and stunning golf courses. It’s not called the Golden Mile for nothing. And Puerto Banús, where the richest people on the planet dock their boats, is proof of it.

Nevertheless, any traveller, whatever their social or economic situation, can enjoy the great attractions that the city has to offer, with options for all budgets. Because, on top of its delicious beaches and appetising beach bars, Marbella also has plenty to offer inland, as it’s protected by the spectacular Sierra Blanca mountain range which grants it a unique microclimate.

What to do in Marbella

Get started on the Avenida Ricardo Soriano, the busiest street in town, then dive into the winding streets of Marbella’s old town and discover the treasures of the past. The centre has preserved its medieval structure and you can spot a few remains of the old city walls from Moorish times. For example, right next to the Plaza de la Iglesia de la Encarnación you’ll see one of the well-preserved towers of the old fortress dating back to the ninth century.

At some point you’ll end up reaching the Plaza de Los Naranjos, Marbella’s nerve centre, which is dotted with numerous, buzzing terraces that will tempt you to spend a while relaxing beneath the orange trees. That’s where its name comes from. In this square, which dates from 1504, you’ll find the Town Hall and the church Ermita de Santiago, as well as the Casa del Corregidor, built during the sixteenth and seventeenth centuries, with a stone façade and a striking balcony.

Marbella has a long history behind it, which has left its mark in the shape of various Roman and Moorish remains. That’s the case with the castle—or what’s left of it—which dates back to the tenth century, although the original structure was modified and expanded in the Nasrid period. You can also enjoy the Río Verde Roman villa or the Guadalmina thermal baths.

What else can you visit in Marbella? Dedicate a few hours to culture by heading for the interesting Museo del Grabado Español Contemporáneo [Museum of Spanish Contemporary Engravings] housed in the former Bazán Hospital. The Cortijo Miraflores Cultural Centre hoards five centuries of documentary heritage, along with the sugar mill and oil mill, which are evidence of its agricultural past. And the Museo Ralli has an interesting collection of contemporary art, featuring works by Salvador Dalí and Joan Miró, amongst others.

You need to stop off at the Iglesia de la Encarnación [Church of the Incarnation], built in the eighteenth century on the site a previous church, which has a spectacular brownstone façade and contains interesting paintings and valuable goldwork jewellery. If you’re a fan of bonsai trees, you can pop along to a unique museum dedicated to these miniature plants, located in the Parque Arroyo de la Represa.

Marbella’s beaches: from Cabopino to Guadalmina

What to do in Marbella? One of the city’s biggest attractions is its wide, beautiful beaches. From Cabopino to Guadalmina, Marbella offers visitors 26 kilometres of beautiful coast. You’ll find one beach after another with a range of facilities, modern hotels, residential complexes, shops and restaurants. Some of the most unique are the following:

But Marbella has other magnificent beaches, such as Torre del Duque, Guadalmina, Las Chapas or Cabopino.

More than 800 restaurants in Marbella

After you’ve been to the beach, what can you do in Marbella? For golf lovers, this is paradise. It’s also an excellent place to eat and enjoy traditional Andalusian cuisine in one of the more than 800 restaurants dotted around the municipality that serve the tourists who visit Marbella. You can also go sailing, horse riding, play tennis, or try other sports at different complexes and schools.

The biggest party in Marbella

If you happen to be in Marbella during the first half of June, you’re in luck, because you can enjoy the city en fête during the Feria de San Bernabé [Saint Barnabas Fair], a festival in honour of its patron saint.

But Marbella is most famous for catering to the jet set. It all started in the forties, when Prince Hohenlohe-Langenburg fell in love with Marbella—which was, back then, a fishing village—and bought the Santa Margarita estate. There, he built the famous Hotel Marbella Club, which attracted visitors as famous as Gina Lollobrigida, Omar Sharif, Ava Gardner and Grace Kelly.

Marbella: parties bursting with the rich and famous

The Marbella Club was the first luxury hotel in the city, but more came along before long, until it became what it still is today, an emblem of the exclusive lifestyle of the high society. It attracts politicians, singers, actors, football players and models, to name just a few. Have you heard of Gunilla von Bismarck? Chancellor Otto von Bismarck’s great-granddaughter was Marbella’s best PR woman, the undisputed muse of the jet-set era, and had a passion for endless parties.

A visit to Marbella is incomplete without a trip to Puerto Banús, laid out in the 1970s around a large marina, where spectacular yachts and boats dock. It’s become the epitome of international luxury. There are also excellent restaurants where you can have dinner and enjoy haute cuisine, shops representing the best brands in the world, luxury hotels, clubs, etc.

So, don’t think twice. Book yourself a getaway to Marbella, enjoy its beaches, its ports, its old town, and discover its culture, gastronomy and festivals. 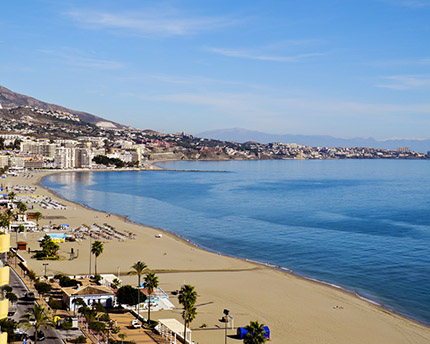 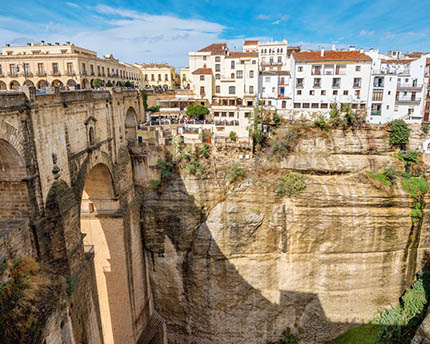