Majorca What to see and doCap de Formentor, a rugged trip to the Land’s End of Majorca

Cap de Formentor, a rugged trip to the Land's End of Majorca

The spit of land called Cap de Formentor (Formentor cape) is located in the Pollença municipality on the northernmost tip of the island of Majorca. It is a narrow 20-kilometre-long peninsula which the Majorcans affectionately call the ‘meeting point of the winds’. This is the case because, as a result of its high exposure to the seas, the winds from the Iberian Peninsula, the Alps, the Atlantic Ocean and north Africa have always met there, creating a picture-postcard landscape dotted with cliffs and pine groves everywhere.

Cap de Formentor is a privileged location far away from the main tourist hotspots in Majorca which has inspired numerous artists to write poems and draw paintings. Miquel Costa i Llobera, one of the greatest poets in the Catalan language of all time, was perhaps the best to capture the cape’s beauty in his iconic poem, El Pi de Formentor (The Pine of Formentor). We propose a brief trip through this natural scenery where you can also discover its famous lighthouse and explore its beaches, coves and breathtaking views.

In a manner of speaking, the pilgrimage point at Cap de Formentor is its lighthouse, a white 22-metre-high tower which can be accessed after a 15-kilometre winding road. The building is poetically known as the Majorcan Finisterre (or the Land’s End of Majorca), no less. Its construction is no exception either since it was a truly epic achievement for the workers of that time. Its construction began in 1857 and, because of the rugged landscape, a path had to be cleared so that the materials could be transported. This action mobilised more than 200 people during six years, to the point that the Majorca Bishop ordered an altar to be erected there so that the workers could attend mass before work.

The lighthouse is now controlled remotely, so only the words remain of that epic achievement. Nevertheless, the best homage that is now paid to those efforts is the many tourist visits to the lighthouse, considered to be the highest on the island with a focal height of 210 metres above sea level.

The Formentor lighthouse and the surrounding area

The lighthouse is not the only attraction. In the 15 kilometres between the cape and Pollença port (no more than 20 minutes by car), you can enjoy a trip full of spectacular views which you can immortalise with your camera. Along the route, there are many designer houses, whose owners have found the ideal spot for privacy and tranquillity around the cape. There are also inlets such as Formentor beach and coves such as Murta and Figuera, each one as wild and delightful as the other. Most hikers and cyclists who visit the cape decide to start their specific routes from that beach. In short, there is a wide range of possibilities where nature always plays the leading role. 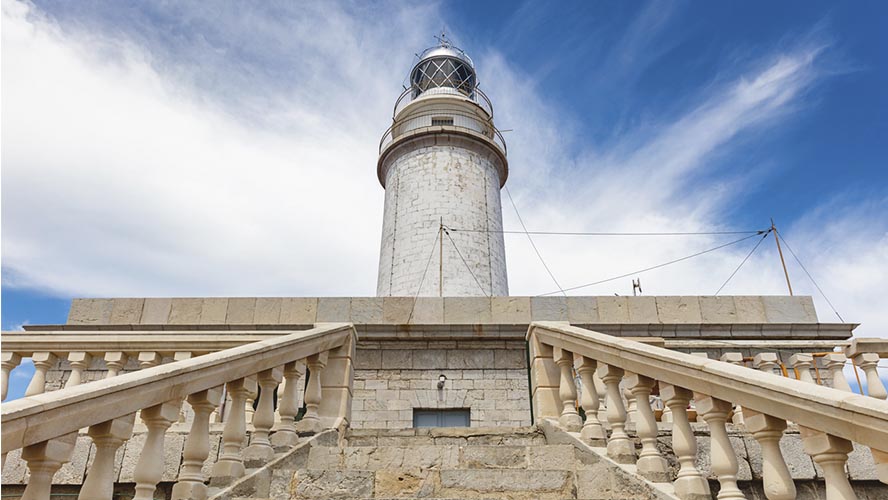 Formentor beach is a must

Platja de Formentor (Formentor beach) draws the attention of everyone who passes just 10 kilometres from Pollença port. As a result of its white sand beach, crystal-clear water and green pines, the Blue Flag has been flying there for many years in line with the quality of its water. With its 1-kilometre-long and only 12-metre-wide stretch, it is probably the most popular beach in the bathing areas in Formentor. This is partly due to the iconic Hotel Formentor, opened in 1930 at one end of the beach and which has been visited by famous personalities such as Charlie Chaplin, Winston Churchill and Scott Fitzgerald. It has also held top-level literary encounters since 1959, when Spanish writer Camilo José Cela began the then-called Conversaciones poéticas de Formentor (Poetic conversations in Formentor).

Formentor beach also has buses running from Pollença and its own car park, where the daily price is around 15 Euros. It also has several restaurants such as L’Espigo (buffet type) and La Varanda (a more select menu) as well as water activities, including snorkelling, paddle boarding and windsurfing, without forgetting the possibility of renting small paddle boats to explore the nearby coastline on your own. 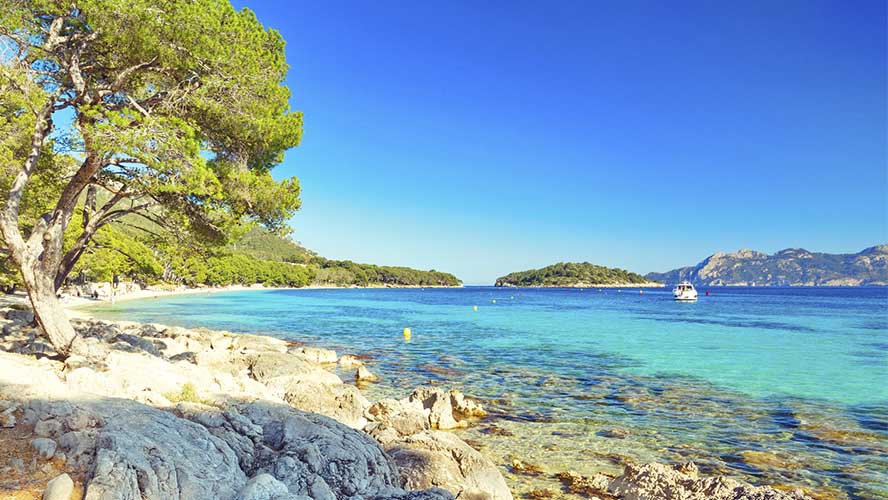 We cannot end this article without mentioning the numerous hiking routes which Formentor provides to its visitors. The most popular ones start, or sometimes finish, with a number of viewpoints, from where the views are stunning. This is the case of the Creueta or Colomer viewpoint, located just 5 kilometres from Pollença port on the road to the beach. At that point, there is a monument paying homage to Antonio Parietti Coll (the engineer who designed the road). A number of winding paths start from there, one of which leads to Talaia d’Albercutx (Albercutx watchtower). It is one of many fortified towers which were built in the 16th and 17th centuries as a result of the attacks perpetrated by notorious pirates such as Barbarossa on the island.

Cap de Formentor: how to get there, tips and advice

Cap de Formentor retains its spectacular beauty in part due to its out-of-the-way location. Count yourself lucky that the road leading to the lighthouse (the MA2210) is a winding and complicated drive. The best thing to do is drive the 20 km from Port de Pollença at a leisurely pace, stopping at viewpoints like Sa Creueta to admire the shimmering coves and sheer cliffs.

If you are not a fan of mountain roads, or you haven’t hired a car, you can catch a bus to Cap de Formentor from Port de Pollença. The 353 bus drops you at the lighthouse and also has a stop at Playa de Formentor.

If you are travelling from Palma, take the 340 bus that drops you at Port de Pollença and then catch the 353.

During the high season (June to September), the local council bans private vehicles on some sections of the road. A number of shuttle buses are provided instead, and they leave Port de Pollença. Check the details before you travel if you are visiting during peak holiday times. 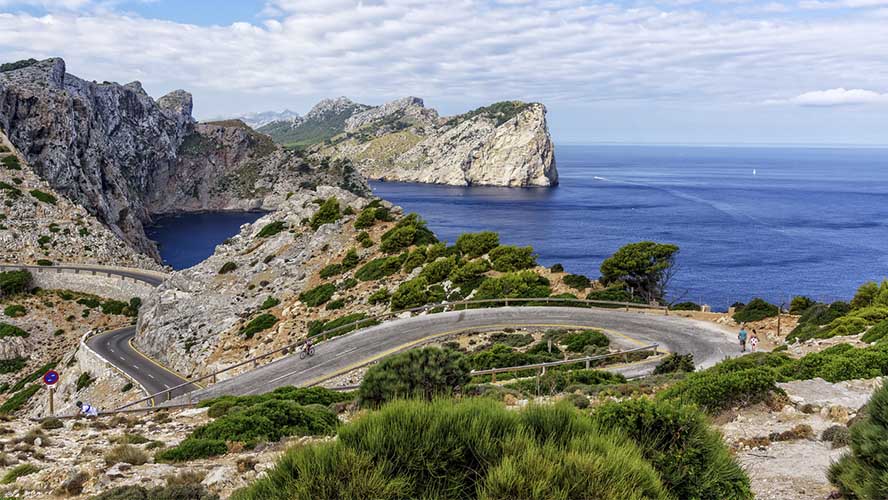 What to see near Cap de Formentor

If you are staying at the Formentor Hotel – or just have some free time after a trip around this small island – there are several interesting things to see and do in the area of Cap de Formentor. Take note of these four must-sees in the vicinity.

This former fishing village is the closest town to Cap de Formentor and much loved by the many expats who have made this beautiful corner of the world their second home.  It is a great place to discover old mansions as well as being a bustling commercial hub. In Port de Pollença (also known as Puerto de Pollensa) you can do a wide variety of sports, go hiking, or just relax on one of the beaches of Albercutx, Can Cullerassa or Llenaire. 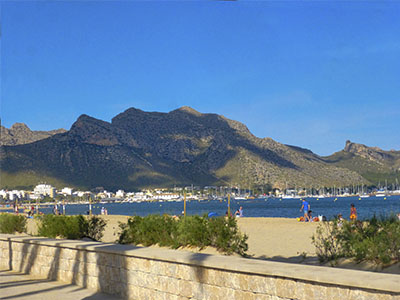 Located inland, this town has a fascinating artistic history thanks to the artists, writers and musicians that were attracted to the Bohemian colony established here in the early 20th century. Its tourist attractions include prehistoric remains (talaiots dating back more than 3,000 years), a quaint historic quarter, a pretty path up Puig de María (a hill around 300 metres high) and the Santuari del Puig de María itself, the oldest monastery on the island.

This city in the north of the island, is one of the most historic cities in Mallorca. It was recaptured from the Moors by James I the Conquerer and part of the wall that surrounded the city at that time is still visible, as are some Roman remains. If you walk through the old town, you will encounter quirky little shops and a good number of attractive restaurants. The port of Alcudia with its pretty promenade and paradisiacal beach is also not to be missed. If you are travelling with children, make sure you set aside a day to visit the water park.

The picture-postcard town of Cala San Vicente is an enchanting little enclave that charms travellers with its old-fashioned features. It is a great place to start a walk, a bike ride or just enjoy the beautiful beaches that surround the town.

Of all the music festivals on Mallorca, there is none quite like Formentor Sunset Classics, which takes place in the privileged setting of Formentor, a Royal Hideaway Hotel. It generally begins in May and runs for several months, and links to other locations such as the Royal Theatre of Madrid.

This competition, first established by Simón Pedro Barceló in 2013, has become a world-renowned classical music event. The initiative has its roots in the cultural tradition of this hotel which has hosted many international literary, film and political figures over the last century. The first six Formentor Sunset Classics festivals have seen artists of the calibre of Gustavo Dudamel, Daniel Barenboim, Zubin Mehta, Anna Netrebko, Lang Lang and Ainhoa Arteta grace the stage.

Tradition dictates that the evening does not end with the music, but the artists join the guests afterwards for a post-concert gala dinner. This is a great opportunity to discuss music with the performers themselves.

How to get there (from Palma) 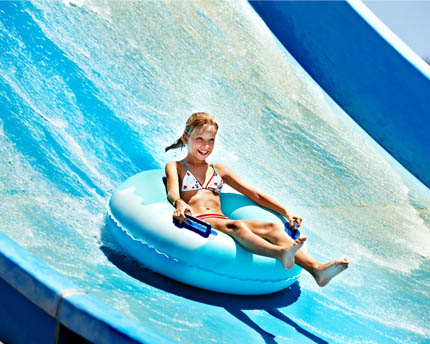 Water parks, with descents from dizzying heights in Majorca 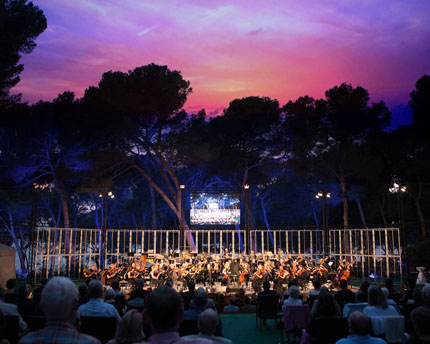