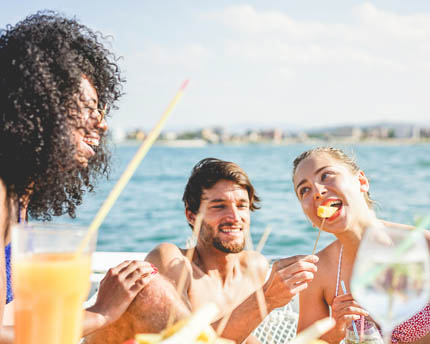 For those who decide to visit it, Majorca, being an island, offers that priceless feeling of momentarily leaving behind the laws of space and time. You can forget the daily routine, the same old corners and streets, the same parks and buildings, and within an hour or two be in a whole new place, where you can see natural spaces untouched by man, and where the facial expressions of the locals do not look like those of the people you see everyday. ‘The island of calm’, as the nineteenth-century writer Santiago Rusiñol referred to it after one of his visits, is a natural paradise for groups who decide to visit it.

A beach route through its most secluded coves, an excursion through the heart of its Tramontana mountain range, a mountain camping trip in one of its many refuges, or a fun day at a water park, you can do all this in Majorca and what is more, all without breaking the bank. Do you want to sign up?

Group activities around the most secluded coves of Majorca

A cove (cala in Spanish), is ‘a small inlet appearing on the coast that is formed by different marine and karst processes’. Or, in layman’s terms, ‘beaches that, due to their small size, cannot be considered as such and, therefore, deserve this charming name’. In the specific case of Majorca, it is surprising to know that of its 555 kilometres of coastline only approximately 10% is sandy beaches, with the remaining 90% being an endless succession of ravines and cliffs, and of course, hidden corners with different levels of accessibility: coves.

Perhaps for this reason, one of the most typical Majorca plans, which is endlessly portrayed in television adverts and all types of video clips, is a sunny day with friends in a secluded cove with crystalline water and white sand. Specifically, its Levante area, very close to the Bay of Alcudia, treasures some of the most unique coves on the island. Given their proximity to each other, visiting the area is a perfect plan for a day with friends. Below are four of these must-see coves, from north to south:

Climb to Puig des Teix in the Tramontana mountain range

Rather than visiting coves, the next route is all about reaching peaks. This excursion is more difficult, and consequently, will leave you and your group of friends with a feeling of a much stronger bond. But there is no need to worry. The climb to the peak of Puig des Teix is an excursion that only takes four hours and has a distance of 10 km, in which the beautiful surroundings of the Tramontana mountain range will make you forget about your lack of energy.

Although many decide to leave from the town of Valldemosa, we suggest you start the route from the charming village of Deià. Specifically, you can spend the night at its Can Boi Refuge, which is part of the GR 221 Dry-stone Route, a major route consisting of 167 km from the west to the east of the island.

Puig des Teix (1,064 metres) is one of the most popular peaks for hikers visiting the Tramontana mountain range. In part, due to historic attractions such as the Archduke’s Path (Camí de s’Arxiduc in Majorcan), a viewing-track ordered to be constructed in the late 19th century by Archduke Luis Salvador, a member of the Austrian imperial family who was in love with Majorca and its landscapes.

This option is for the most adventurous individuals. You could combine the comfort of your hotel with a night at one of the 8 public refuges that the Balearic Government and Council have made available to hikers throughout the length and width of Majorca.

A day with friends at one of the Majorca water parks

After two plans revolving around nature, why not have a day of extreme fun at one of the island’s water parks? The Western Water Park (Magaluf), Hidropark (Alcúdia) or Aqualand (Arenal) are the perfect excuse to let your inner child out and have some fun.

They have similar prices but each one stands out from the other through its unique attractions. From the usual slides and slippery tracks, to a wide range of other activities such as bouncy castles, paintballing, mini golf, or trampolines, these parks can be enjoyed by everyone no matter your age. All you have to do is choose the park that you will enjoy most! 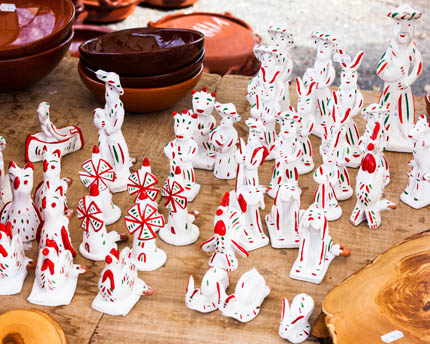 What to buy in Majorca: a glance at the island’s most typical products 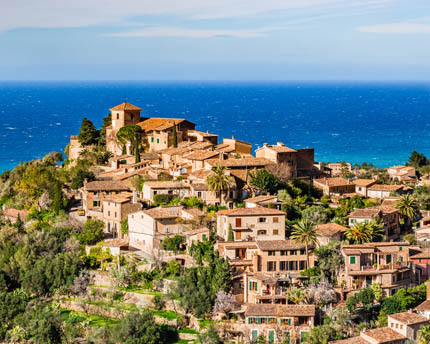