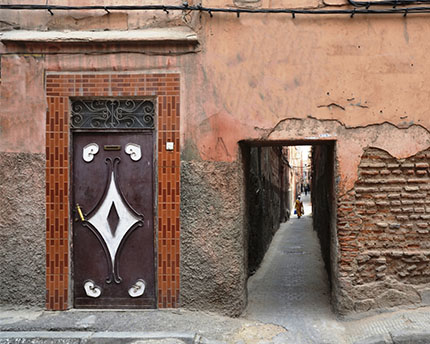 The Mellah quarter is a small group of streets located a stone’s throw from the medina, next to the monumental Bahia Palace. Today it’s inhabited by fewer than half a thousand Jews, but between the 16th and 20th centuries it was home to one of the largest Jewish communities in the country, made up mainly of Jews who had been expelled from the Iberian Peninsula and other European territories.

Historical accounts point to 1558 as being the year when the community was founded and the point in time when the neighbourhood began to be built. They also state that the Jews were well received by the local authorities, who welcomed the possibility of taking advantage of their crafting skills, as well as their knowledge of mathematics, medicine, and commerce.

Once the Mellah was established, it was home to up to 30,000 Jews, according to some sources, and was completely self-sufficient, since within its walls the community had everything it needed to function. However, except for special cases, prominent merchants or members of the community who held administrative jobs, the residents of the Mellah suffered from overcrowded conditions, until 1948, after the creation of the state of Israel, when the vast majority decided to emigrate voluntarily.

Today, a stroll through the streets of Marrakesh’s Mellah is an invitation to discover the other side to this city that doesn’t usually appear in guidebooks, allowing us to get a feel for the essence of the neighbourhood, the daily life of a part of the city that isn’t designed for the enjoyment of tourists.

You can enter its reddish, maze-like alleyways from the Place des Ferblantiers, an urban space lined with palm trees where you’ll find many shops selling products made of tin, white iron, and all kinds of metals. Once inside the Mellah, it’s worth heading for the souks, where, according to the locals, you’ll find the best bargains in the city due to the fact that there are virtually no tourists. We should mention the jewellery sections, where you can buy beautiful gold and silver pieces made following traditional precious metalsmithing techniques, and the spice market, where, according to local traditions, the spices are displayed in eye-catching cone-shaped piles. The aromas of herbs, condiments, soaps, creams, and perfumes will be right alongside you as you wander through the narrow streets.

Proof of the great emigration that took place in the mid-20th century is the fact that of the 30 synagogues that the neighbourhood once had, only two remain today (Negidim and Lazama). Both can be visited on any day of the week except the Sabbath. Getting to them isn’t easy. That said, you can always ask a local for help, who, perhaps in exchange for a tip, will be happy to guide you.

Lastly, don’t miss the chance to visit the Jewish cemetery, as its collection of burial mounds, described by the Bulgarian writer Elias Canetti as a lunar landscape, is one of the neighbourhood’s most striking sights. 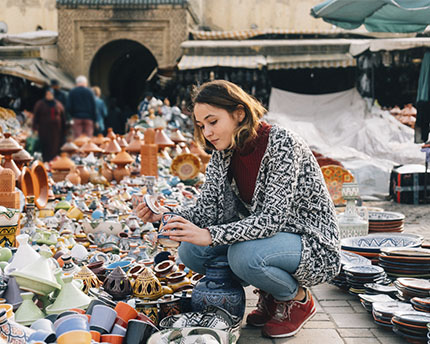 Anyone who likes a spot of shopping will fall head over heels for Morocco’s souks, a pleasure for the senses offering a wealth of options. 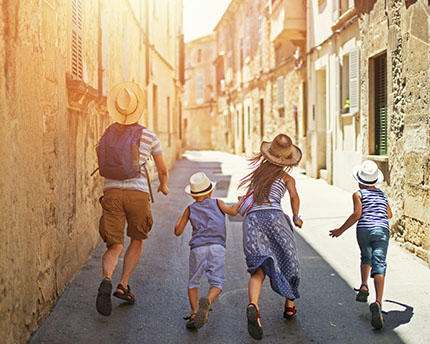 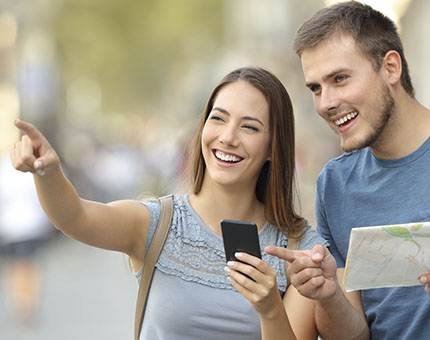 Travelling to Marrakesh with friends, fun for everyone

Getting lost in the souk, having a coffee in the Jemaa el Fna square, having a soak in a hammam, or exploring the Palm Grove are just a few of the things you can do with friends in Marrakesh.