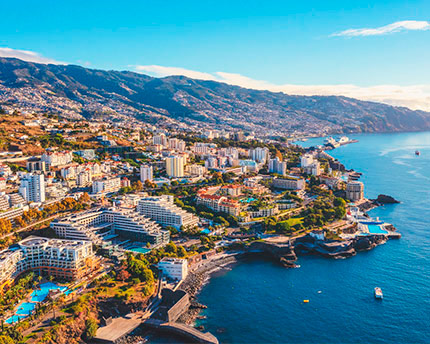 Funchal is the capital of Madeira and lies on the island’s south coast. A city of approximately 110,000 inhabitants, it’s a picturesque and attractive town that should be visited by all travellers to this famous Portuguese island. Funchal’s origins can be traced back to 1421 when it was founded by explorer Joao Gonçalves Zarco, who discovered Madeira for Europe. Six centuries later, Funchal is a city that is lively and relaxed at the same time; it’s visited by numerous Atlantic cruises, is the birthplace of Cristiano Ronaldo and retains the charm that has blossomed here throughout its history.

In fact, Funchal has much of what could be thought of as the essence of Madeira. It’s a port that gazes out at the Atlantic Ocean and is sheltered by mountains whose slopes it spreads across. A blue and green city rooted in the nature that characterises the island.

Funchal’s Zone Velha transports you to a harmonious past where cobbled streets lead to lovely houses, churches, markets and enchanting spots with an atmosphere that inspires artists. Strolling along Rua de Santa María gives you a sense of the picturesque appeal of the island’s capital. São Tiago Fortress, the city’s old protector many centuries ago, isn’t far from here, but your journey to the past takes you to the cathedral, one of the few buildings from colonial times to have survived until the present day. Built in 1512, it’s the legacy of a city that was beginning to flourish thanks to maritime trade. And on the subject of churches, don’t forget to climb up to Nossa Senhora do Monte; it has the best views of the city and is the resting place of Charles I of Austria, the last Hapsburg to rule over Austria-Hungary.

Funchal isn’t just the blue of the sea and the green of the mountains. Its Botanical Garden is another explosion of nature and is populated by over 2,000 species including cacti, palm trees and dragon trees. It’s right on the mountainside and has wonderful views – get there by taking the cable car from the beach which soars over the city for 3.2 km, climbing 580 m.

Returning to Rua de Santa Maria, nearby Mercado dos Lavradores is another burst of colour (and scents) with traditional Portuguese tiles, brightly coloured flowers and assorted goods on sale.

You won’t have missed Funchal’s impressive location in Madeira with the sea on one side and the mountains on the other. In under 15 km from the centre of Funchal you can reach great heights at the Mirador del Paredao or the Pico do Arieiro, which has an altitude of 1,818 m.

But Funchal also has plenty of sea to enjoy, with a port that welcomes cruise ships and nautical tourism, and beaches either side of the city such as Barreirinha, Sao Tiago, Gorgulho, Formosa and the natural pools of Doca do Cavacas. 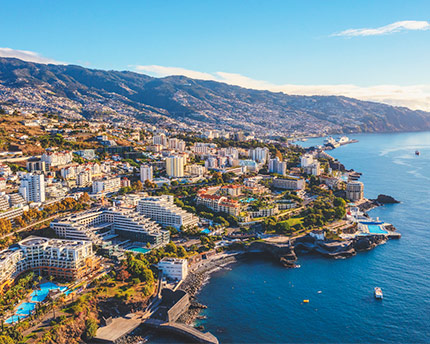 Fun, dynamic, cultural and lively, that’s Funchal. The capital of Madeira offers a range of options based on architecture, museums and gastronomy. 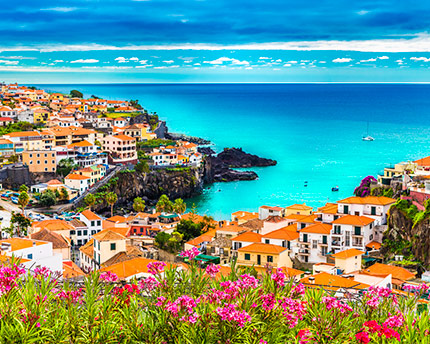 What to see in Madeira: the great garden of the Atlantic

The Portuguese archipelago of Madeira, one of the lushest places in the Atlantic, is a perfect destination for nature lovers and fans of active sports. 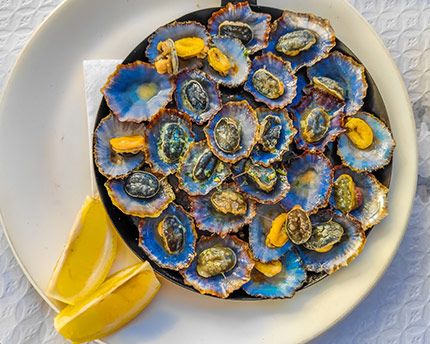 Madeira’s typical food: essential dishes to try on your visit