San Sebastián What to see and doWhat to see in Zumaia: a land of natural wonders

What to see in Zumaia: a land of natural wonders 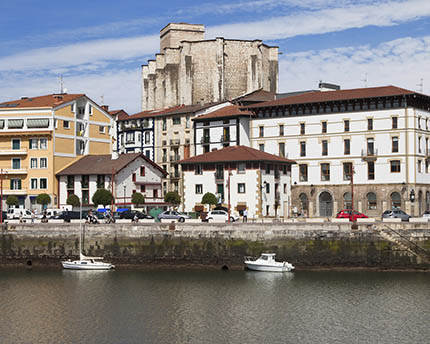 The town of Zumaia is 34 km from San Sebastián. Bathed by the Cantabrian Sea, the natural beauty of the place leaves a lasting impression on all those who visit. The coastline is stunning, but there’s more to this part of Gipuzkoa than its landscapes. The passage of time has left its mark and created an area of outstanding geological importance. You need only walk across the strange flysch rock formation to read the history of the Earth: The successive layers of rock comprising the flysch at Zumaia are effectively a 60-million-year record of the Earth and its continual changes, including the extinction of the dinosaurs.

Anyone armed with this knowledge will feel for themselves just how important the area is when they set foot there. The film world has had its share of Zumaia’s charm too. The main characters of the Spanish film Ocho apellidos vascos get married in the pretty Ermita de San Telmo, and the impressive Playa de Itzurun provides the backdrop to parts of the seventh season of Game of Thrones.

A trip through Zumaia’s old town

Zumaia is a bit further along the coast from Getaria and Zarautz and sits in a beautiful bay where the rivers Urola and Narrondo converge. The green of the hillsides blends with the blue of the sea in this pretty coastal town where cliffs burst out of the landscape. It’s worth taking a stroll through Zumaia’s charming old town. The 13th-century Iglesia de San Pedro is a good starting point for a trip back in time to the Middle Ages. This somewhat austere, fortress-like church is one of the most beautiful single-nave Gothic spaces in the Basque Country. The altarpiece by Juan de Antxieta is a national monument.

The restrained Convento de San José along with other buildings are also interesting. You can’t miss the Olazabal Palace House, commissioned by Juan de Olazabal, secretary to Philip IV of Spain and record keeper for the Supreme Council of the Inquisition. The 16th-century Palacio de Ubillos (now a music school) and the palaces of Zumaia and Foronda contain the stories of wealthy local families within their walls. Throughout the 16th century there was a steady flow of trade with the UK, Flanders and Brittany.

Zumaia’s steep narrow streets guide you to a hermitage dedicated to San Telmo, the patron saint of sailors. The first mention of the hermitage dates back to 1540. According to various sources, it was reformed in the 17th century with the establishment of the sailing guild. Inside is a magnificent 18th-century rococo wooden altarpiece with no polychrome or gilding. The images of John the Apostle and Santa Clara watch over this pilgrimage site, and on the day of San Telmo – eight days after Easter Sunday – the locals form a procession to the hermitage.

The clifftop location overlooking Playa de Itzurun offers fantastic views of the powerful beauty of the landscape. This magnificent backdrop has become even more popular since the release of the Spanish movie Ocho apellidos vascos. Don’t leave without a photo!

The flysch trail: a geological treasure 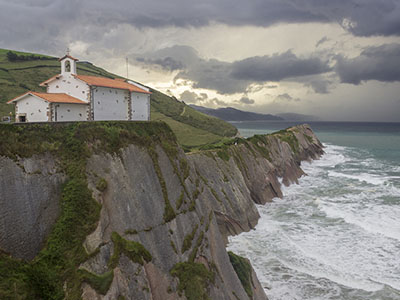 Very close to the Ermita de San Telmo you can pick up a trail that runs along the entire flysch ledge. This is Zumaia’s great treasure. Visit the Algorri Interpretation Centre beforehand to make sure you’re armed with all the information you need to really get a feel for this natural wonder. You’ll learn all about these fascinating rock formations in which you can read the history of the different ages and changes in the history of our planet.

It’s an overwhelming sight that attracts geologists from across the world. You’ll find it impossible not to be moved by these enormous layers of sediment which, having been revealed by the sea’s erosive power, tell us much about the past. The rocks around Zumaia talk to us about such important events as the extinction of the dinosaurs and of other species from the Cretaceous Period.

Itzurun and other beaches around Zumaia

Playa de Itzurun sits amid the extraordinary flysch cliffs of Zumaia. Take a dip in the sea with this spectacular backdrop for an unforgettable experience. Then, rest on the sand and gaze upwards – the view will make you stop and think about the history of our world. Itzurun is some 270 metres long and the powerful waves here are perfect for surfing, kayaking and bodyboarding. Scenes from the seventh season of Game of Thrones were filmed in this awe-inspiring place.

Zumaia also has the Playa de Santiago, a beautiful stretch of sand at the eastern extreme of the town, next to the wetlands at the mouth of the Urola River. Both beaches are rich in iodine, a mineral with great health benefits.

Around the Urola River

There are lots more options for things to do in and around Zumaia. Take a walk around the Urola River in lush green nature, and if you need to relax you can pull up a chair in one of the local bars or terraces afterwards. Don’t forget to visit the lighthouse on the western bank of the mouth of the river – the area has rich vegetation and the location affords views of the Playa de Santiago and the cliffs.

There’s also the Marina Urola and the Ignacio Zuloaga cultural space. Art enthusiasts will enjoy a visit to the latter. It houses much of the work of the painter from Eibar who the centre is named after, as well as collections kept by his friends and teachers, among them Rodin. The cultural space is housed within a Romanesque hermitage situated on the Camino de Santiago that was rebuilt by Zuloaga in the early 20th century.

Eating in Zumaia, a real treat

Like everywhere else in the Basque Country, Zumaia has some excellent cuisine. One local delicacy is pulpo, or octopus. Every year in mid-September the town holds the Fiesta del Pulpo. The custom on the day of San Telmo is to visit a bar or gastronomy club to enjoy some Olarro sopa (sun-dried octopus soup).

The local fish dishes (cod, turbot, hake and others) won’t fail to please the most demanding foodies. Other options are shellfish soups, lobster salads and langoustines. You can also try some tasty baby squid and, when the season comes, some prized young eels caught in the Urola River and in the bay. And of course, there are typical Basque pintxos and exquisite meat dishes too.

Zumaia has several great restaurants both in the old town and around the marina. Txortena serves delicious homemade food, and Txoko de Mikel Bermejo has sea views and good grilled fish dishes. If pintxos are more your thing, try Idoia Ardotegia or Amama Taberna.

Restaurante Asador Bedua has views across the river surrounded by hills and serves meat and fish. Bai Bidea Batzoki offers both traditional and modern fare right at the heart of Zumaia. 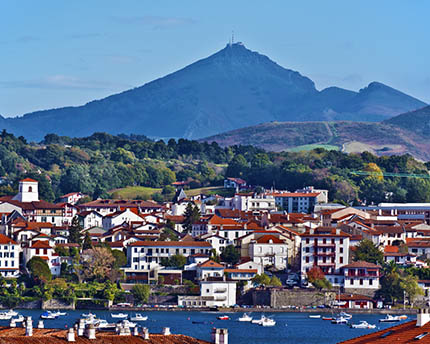 Hendaye: delve into its history 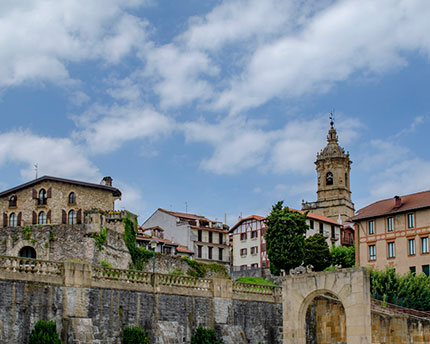 What to see in Hondarribia, one of the quaintest towns in the Basque