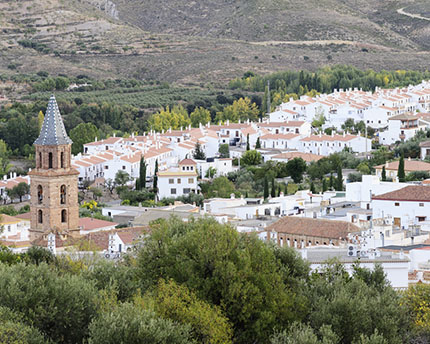 In the fertile valley of the Alpujarra Almeriense, water is the star of the show. The River Andarax runs through all of this western region of the province, and it’s no wonder that the Muslims fell in love with these lands when they came to Spain centuries ago.

You’ll come across small villages with sugar-cube houses in all 22 municipalities. The earliest historical records of the Alpujarra Almeriense date back to the arrival of the Arabs in the year 711. The region became an important centre for silk production from the 11th century. When Muslim rule shrank to the Nasrid Kingdom of Granada, castles were built in every municipality in the region.

The most difficult period came with the Morisco Revolt – led by Aben Humeya in the 16th century – against troops loyal to Philip II. After the Moriscos were expelled for good in 1610, the Alpujarra became a forgotten land. Nowadays, however, its rich heritage makes it a highly recommended rural tourism destination. The zone boasts several hiking routes through spectacular mountains and charming towns and villages.

If you’re interested in churches, make sure to visit the Iglesia de la Encarnación in Laujar de Andarax. The remains of the Muslim citadel are testament to the town’s historical importance. Boabdil lived here after being exiled, and Aben Humeya also kept court here for a time. Water is ever-present in the form of fountains scattered throughout the town.

To really experience the peace and tranquillity of the Alpujarra Almeriense, head to Alcolea. The population of barely 800 lives in the midst of a mountain landscape. It’s a great base for rural tourism.

Spain’s Arabic history can still be felt in the streets and buildings of Almócita. Visit the ancient laundry place or lavadero dating back to the late 13th century (originally a water reservoir from the Nasrid period).

The Alpujarra Almeriense also has plenty of monumental architecture. In Huécija, for example, the Augustinian convent is one of the most outstanding examples of Baroque architecture across the entire province.

If you’re looking for dream-like scenery, don’t leave without visiting Padules and the network of small lakes and gorges called the Canales de Padules created by the River Andarax. Bring appropriate footwear for walking in water so that you can really enjoy these incredible natural pools.

This region of Almería has some of the best gastronomy. Choose from meats, cheese, sweets and wines (there are several bodegas). Surely by now you have more than enough things to lure you to the Alpujarra Almeriense! 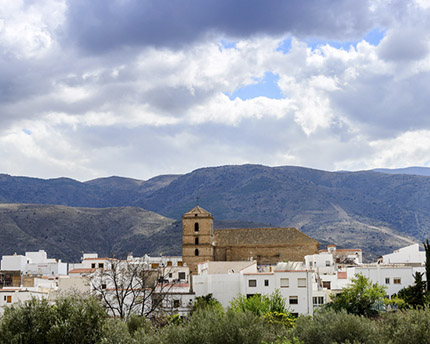 Take a refreshing break in the stunning natural setting of Canales de Padules, where you will find crystalline water, natural springs and deep gorges 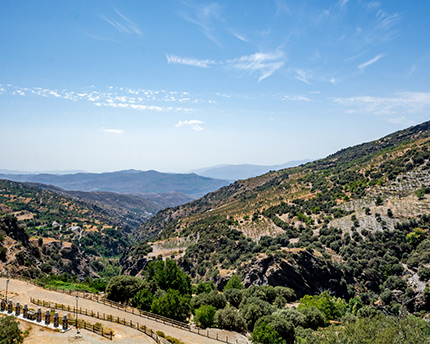 Come discover Laujar de Andarax, a historic, picturesque village nestled in the Alpujarras where the last Nasrid ruler settled before being ousted by the Catholic Monarch 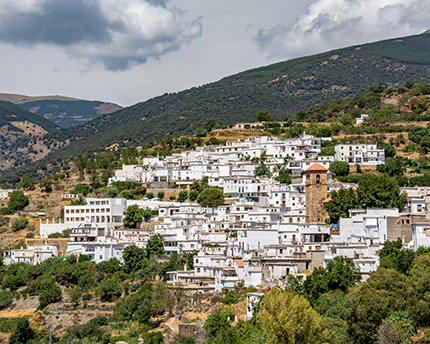 The Almerian Alpujarra region offers an unforgettable walking route through no fewer than 22 villages, all of which show clear signs of their Moorish past