Plenty of things can be done in 24 hours, such as capturing the essence of an ancient city filled with historic and cultural references of three civilisations (Christians, Moors and Jews), as in the case of Granada. Enjoy magical views of the Alhambra, visit the tomb of the Catholic Monarchs, explore the intricate streets of the Moorish Albaicín quarter, savour Granada’s plentiful tapas and relax at the end of the day in a traditional Arab-style tea shop.

With this amazing tour of Granada, you will see enough to fall in love with the city and want to come back. 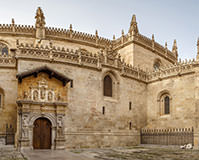 This gorgeous Renaissance temple and the crypt where the Royal Monarchs have been laid to rest were built on the former site of the Great Mosque as symbols of Christian power following the city's conquest in 1492. 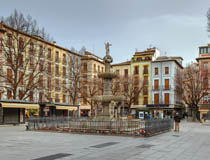 It would be a sin to skip this historic square that has witnessed all of Granada's history, followed by the old Moorish silk bazaar that today houses handicraft and souvenir shops. 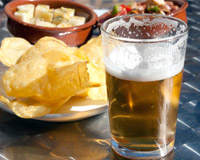 A generous tapa is served for free with every drink. This local tradition remains firmly in place at this legendary establishment that opened in 1942 on Calle Navas. They have excellent fish, seafood and aubergines with cane syrup. 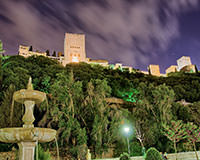 On the edge of the Darro River, the ‘most beautiful street in the world’ is home to the oldest Arab baths in Granada and also leads to a promenade with a bohemian air whose name does not appear on maps. 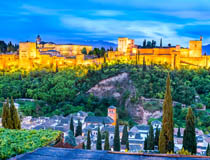 Albaicín (up to the Mirador de San Nicolás lookout)

Making our way up the winding streets of the Moorish quarter where Granada was founded, we reach a stunning overlook from which to gaze at the Alhambra as the sun sets. 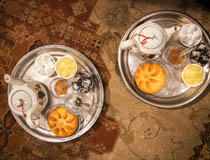 There is no better way to end the day than with some tea and Middle Eastern sweets as we lounge on silk cushions. This traditional establishment is located on Calle Calderería Nueva, which happens to be known as ‘little Marrakech’ because of all the tea shops.