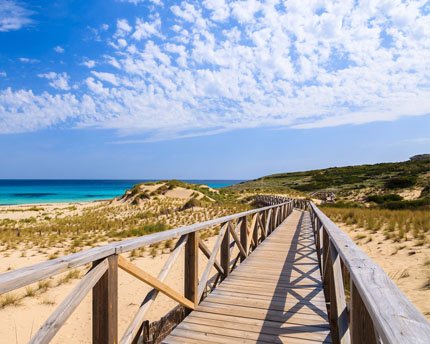 The region of Llevant, to the east of Majorca, offers visitors a wide variety of activities. From lovely coves, caves and coastal fishing ports to mountain areas in the Llevant mountain range to the northwest, where we find ancient walled sanctuaries and hermitages. Manacor, internationally known as the home of tennis champion Rafael Nadal, is Llevant’s capital city. But there are four other municipalities in this region: Artá, Capdepera, Sant Llorenç des Cardassar and Son Servera. Let’s take a look at some of the main attractions found in this area.

Founded in the 14th century by King James II, Manacor is the island’s second largest city, after Palma. In its historic centre, we recommend a visit to the neo-Gothic church, Nostra Senyora dels Dolors – situated on the site where, in 1248, another was built after the Christian conquest of Majorca –, the street market held every Monday, the Palace Tower – the only tower still existing from the ancient royal palace of the Majorcan kings – and the ancient defensive towers called Ses Puntes and dels Enagistes, used today as a cultural centre and the Manacor Museum of History, respectively. Another popular place to visit is the Majorica factory, offering the prised Manacor pearls.

Nearby Manacor, we find some other interesting locations, including the prehistoric Talaiotic settlement of s’Hospitalet Vell and the impressive Drach and Hams caves, both hosting underground lakes. And on the coast, be sure to check out the enchanting Porto Cristo maritime promenade, with its natural port and sandy beach, the perfect place to spend a day. If you feel like exploring the coast in search of more private sites, keep these names in mind: Cala Morlanda, Cala Anguila and Cala Moreia.

Continuing towards the north-eastern part of the island, we arrive at Capdepera, a clustered village dating back to 1300, situated on a hill that boasts a fortified castle, an impressive view. While strolling through its historic centre, we come across ancient stately manors from the 19th century such as Can Piricus (currently hosting the municipal library) or Can Creu d’Inca (the municipal exhibition hall). Nearby, there is the magnificent Cala Moltó and Cala Mesquida, as well as the Canyamel Tower, a defensive fortress from the 13th century that served as a refuge for residents and merchandise, given the frequent pirate attacks taking place in this area. And the impressive Artà caves are nearby, filled with impressive stalagmites that allow your imagination to soar. In the vicinity of Capdepera, we can find up to 40 pre-historic sites of Talaiotic culture, including the Claper des Gegants and the Torre Cega gardens. The most touristic part of Capdepera is Cala Ratjada, an ancient fishing port with charming coves and a 19th century lighthouse, located in the Punta de Capdepera, in a gorgeous natural setting.

To the south of Capdepera, following the coast towards Porto Cristo, we reach two other important (German) touristic centres of the island, inviting you to spend a lovely day at the beach: Cala Millor, part of Son Servera, and Sa Coma, part of Sant Llorenç des Cardassar, with its Sa Punta de n’Amer natural space and castle.

And in the north-western area, far from the mass tourism, we find Artà, a typical Majorcan village, situated in a valley of the Llevant mountain range. Here, we can take a visit to the Sant Salvador Sanctuary, a 14th century fort with a lovely garden with a view of the village; the Betlem hermitage, home of hermits until 2010, and the Talaiotic village of Ses Païsses. Hiking lovers can take their pick from any of the routes offered in the Natural Park of Llevant and the Manacor-Artà Rail Trail, a 30-kilometre path that follows the ancient railway that connected these two cities.

Turquoise waters, a forest of stalactites and the sense that you are entering a magical place… Are you ready? Let’s head down into the most spectacular caves of Majorca. 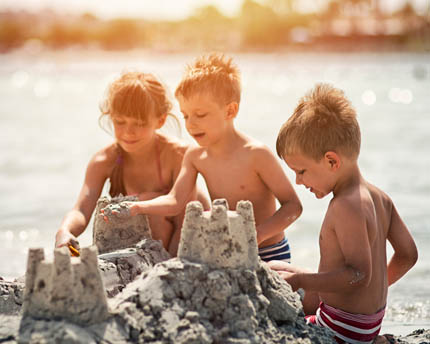 Its crystal-clear waters and its attractions make the island of Majorca an ideal adventure-packed family holiday destination with children.

Majorca’s second-largest city offers travellers an attractive heritage, beautiful natural landscapes and a broad range of coves and beaches along the Mediterranean.