The inland regions of Majorca have a wide variety of attractions, but let’s face it: the main attraction for most tourists who visit the island is going for a swim in the heavenly Majorcan coastline. And rightly so: of its 550 kilometres of coastline, 125 are taken up by up to 348 different beaches and coves. Among them, the coves are the crown jewels: small, private, many of them wild and hidden. That is why travelling along the coast during the summer, discovering them as if they were precious stones, can be the nicest adventure. This guide can serve as a treasure map to find some of the best coves. 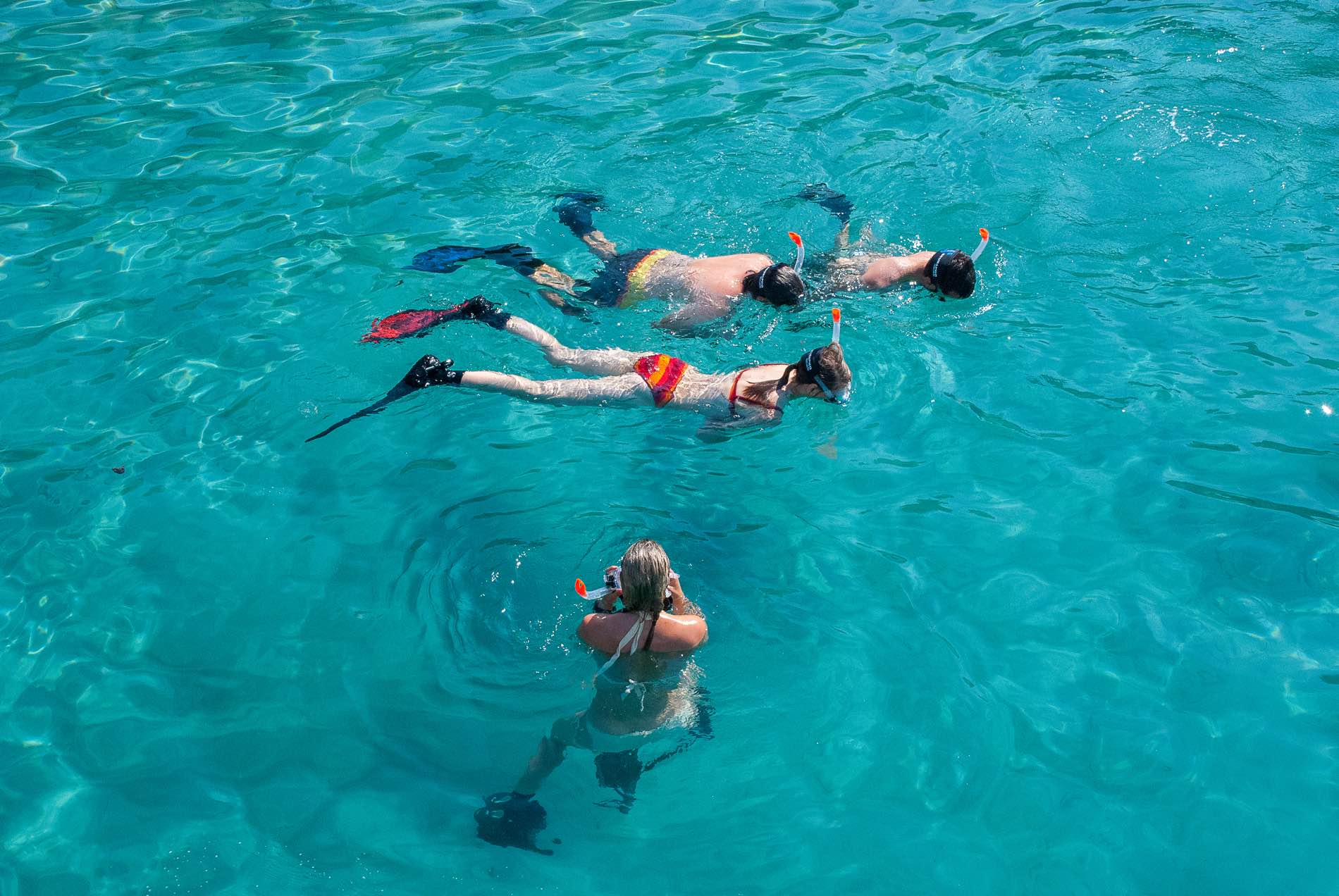 First, we have several beautiful coves that are also crowded and touristy. Here you will not be able to feel the silence alone among nature, but you will see houses, hotels and all type of services very close to the water, a convenient option to consider if you will be staying nearby. The fantastic sandy beaches of Cala d’Or, in the south-east of the island, are a convenient option for those who stay at this popular tourist resort, which has a marina and a fun nightlife. 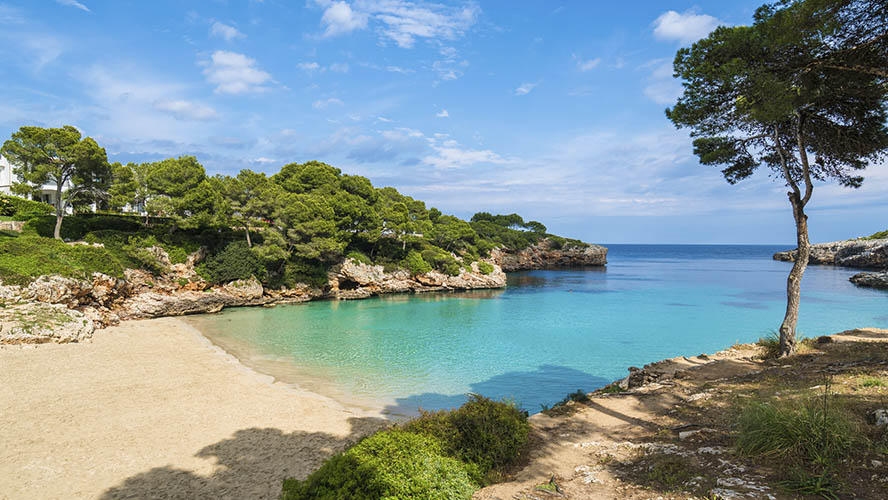 About 6 kilometres away, a distance that can be covered by the Tourist Train that departs from Cala d’Or, we find Cala Mondragó and Cala S’Amarador, two beautiful beaches surrounded by the pine groves of the Mondragó Natural Park, perfect for hiking in the area. However, the coves are in a very touristy area and are usually crowded. They have a few beach-front bars and restaurants, as well as hotels in the surrounding area. Another attractive option, 20 kilometres from Cala d’Or, is Cala Figuera, a curious Y-shaped estuary where you can find a traditional fishing port. The most remarkable thing about this cove is not so much the swimming area as the fishermen’s houses next to the water, where the llaüts (small fishing boats typical of the Balearic Islands) are always docked. 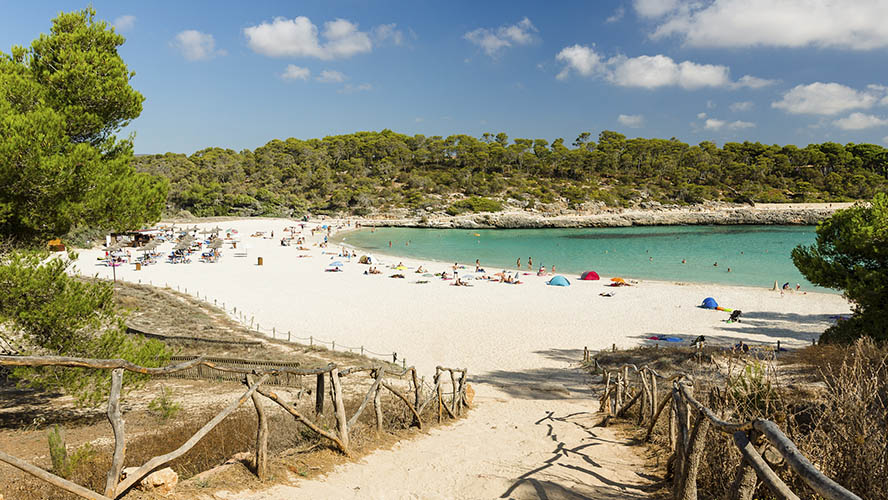 In the north-west of the island, near Pollença, you will find the small holiday resort of Cala Sant Vicenç. With a great variety of accommodation and services on the beach, this place retains its old charm of a traditional village and its three beaches with crystalline waters feature the impressive landscape of the Tramuntana mountain range as a backdrop.

Much of the charm of the following coves is their difficult access, which unfortunately does not always mean that they are less frequented. Sheltered between cliffs and rocks, you can enjoy a swim as well as the journey to them. In Sa Calobra, to the north-west of Majorca, you can find two small beaches enclosed between stone masses and separated by the Torrent de Pareis, a canyon through which a torrent of water flows. The first step to getting there is getting off the main road in the Tramuntana mountain range and taking the terrible MA-2141, full of curves and cliffs. Once at the first cove, where you can park, you can only reach the second (which is bigger) by walking a kilometre-long path that passes through a narrow tunnel. Adventure is guaranteed. 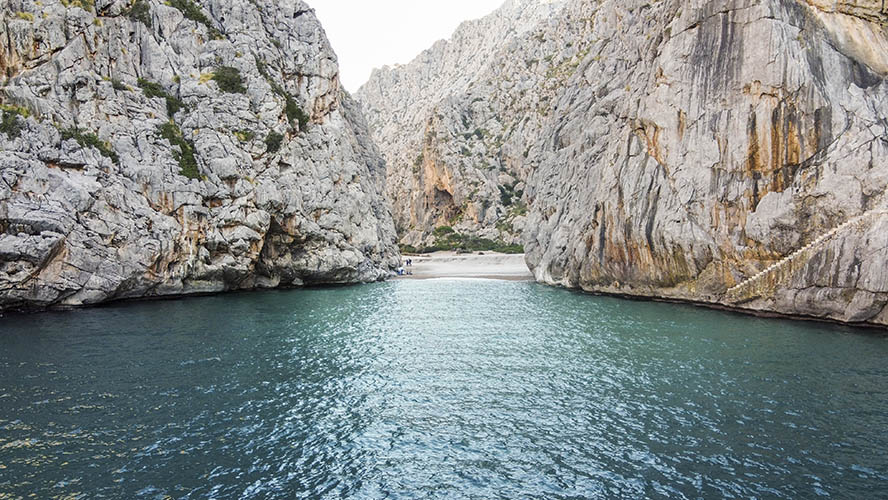 Cala del Moro, hidden between two steep cliffs in the south-east of the island, was one of Majorca’s best hidden secrets until word began to spread. Which is why today this narrow cove surrounded by vegetation is usually very crowded in summer, despite the fact that its difficult access includes walking along a dirt track that goes down the cliffs. 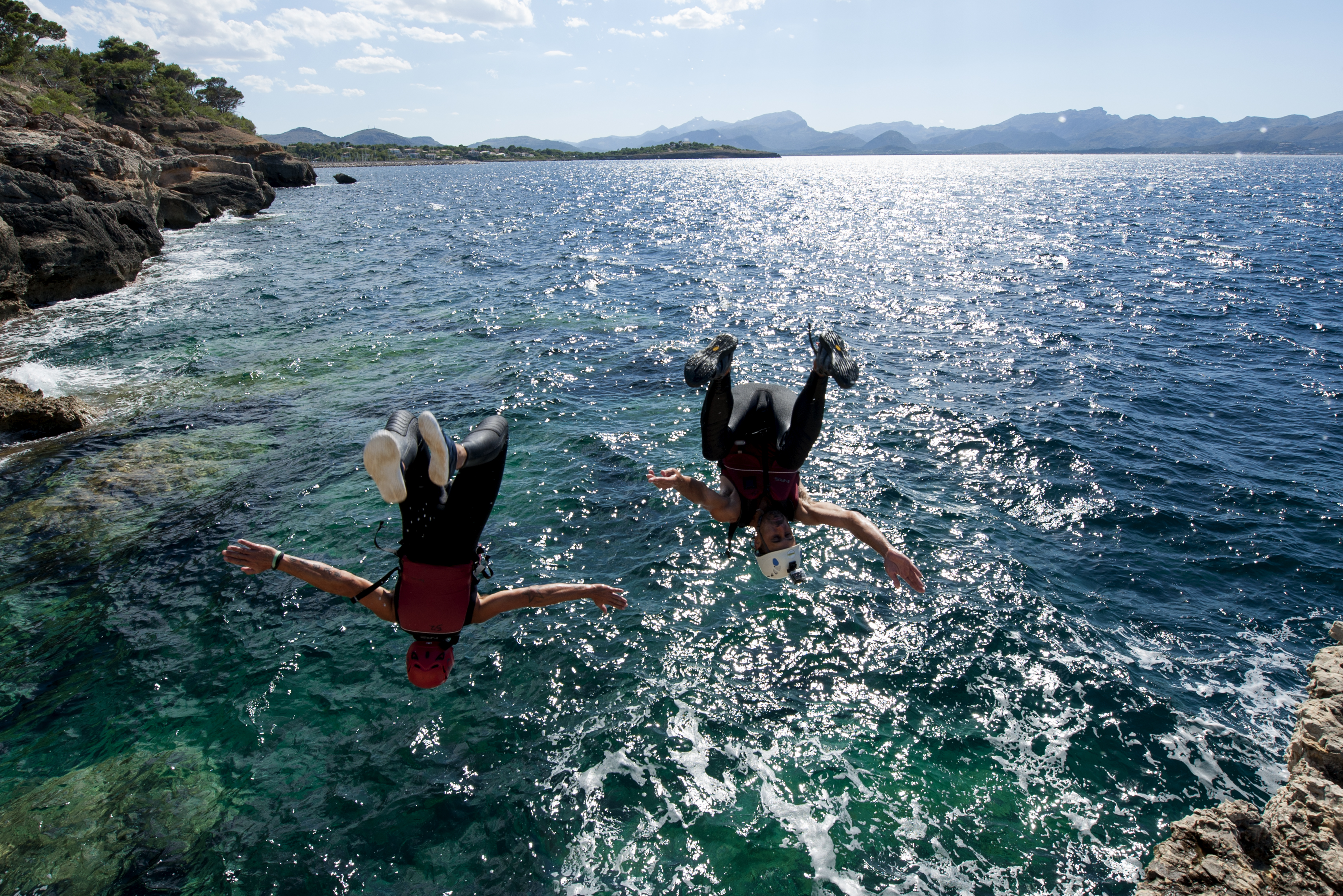 Only 9 kilometres away, you can also find Cala S’Almonia, with a very similar layout but less crowded and even wilder, perfect for snorkelling because of its calm and crystal-clear waters. One of its attractions are the rocky ‘springboards’ on the cliffs. To get there, you have to walk about 200 metres down steeply sloping steps. 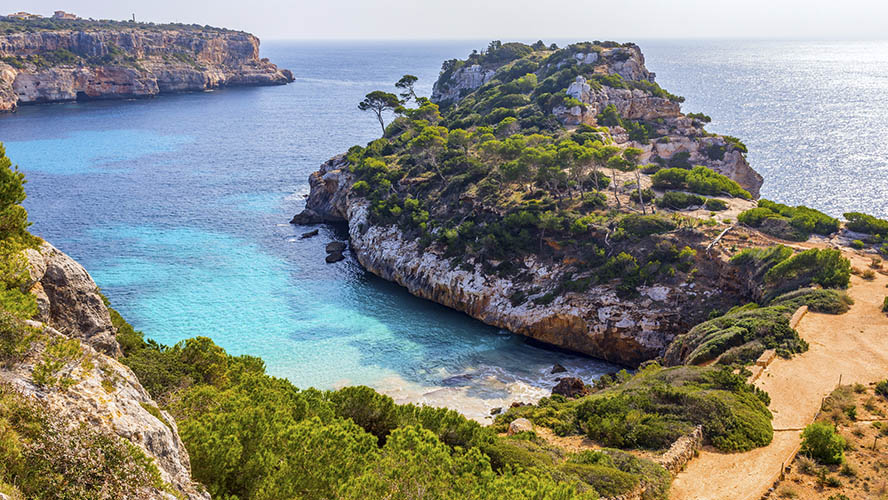 Cala Mitjana, Cala Varques and Cala Castell: virgin coves where you can escape the world

For those who prefer to travel into the wild and forget everything, here are three of the most unspoiled and pure coves of the island. In Cala Mitjana, located on the north-west coast within the Llevant Peninsula Natural Park, you will not find any trace of civilization other than your car parked next to it. Surrounded by wild vegetation and exposed to high sea winds and waves, this beach is not for families, but rather for adventurers and local residents. 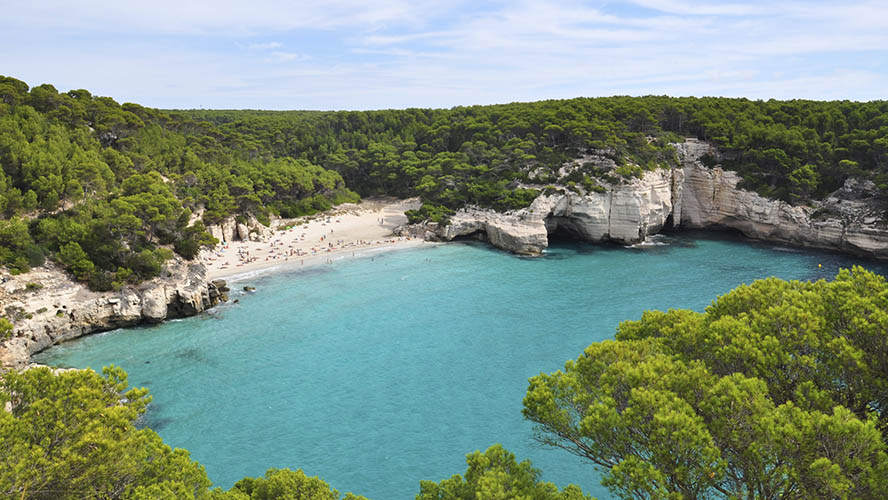 In the south-east, and despite its proximity to the tourist areas of Porto Cristo and Porto Colom, you will find Cala Varques, one of the most unspoiled coves in Majorca due to its slow access: you have to walk 15 minutes through pine forests from the car park. This gives this sandy beach, surrounded by low cliffs, a hippie atmosphere frequented by crafts and jewellery sellers, nudists and local residents. 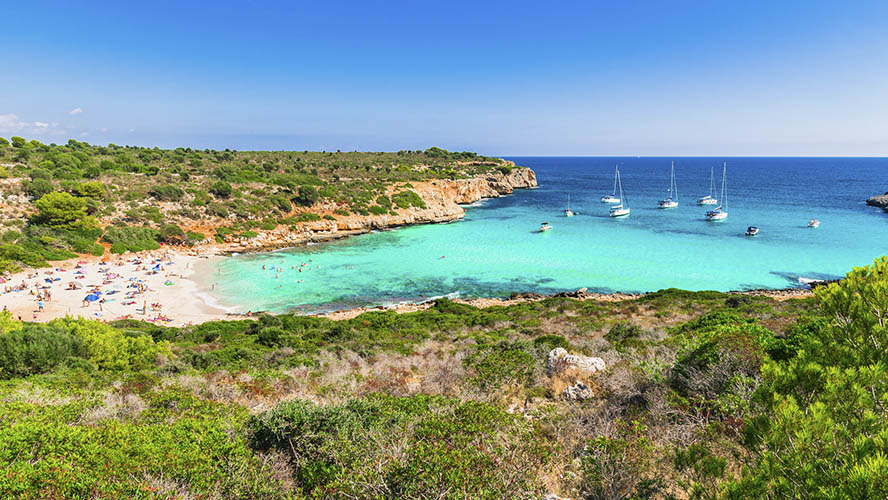 Finally, in the north-west of Majorca, we highlight Cala Castell, a wild cove originated at the end of a ravine which can only be reached after a walk of several kilometres, either from Cala Barques or from the possessió of Ternelles. It owes its name to the nearby ruins of Castell del Rei, a 13th century rock castle of Saracen origin.

Cala Formentor and other wild coves in the north of Majorca

To round off, we could not miss a tour of some of the wild beaches that abound in the north of the island. On the Formentor Peninsula, the northern tip of the island, the long, narrow Cala Formentor (1 kilometre long) is an idyllic place of pine trees and turquoise waters, a natural paradise with only one hotel establishment, the luxurious Royal Hideaway Hotel, internationally famous for its exclusive private beach. 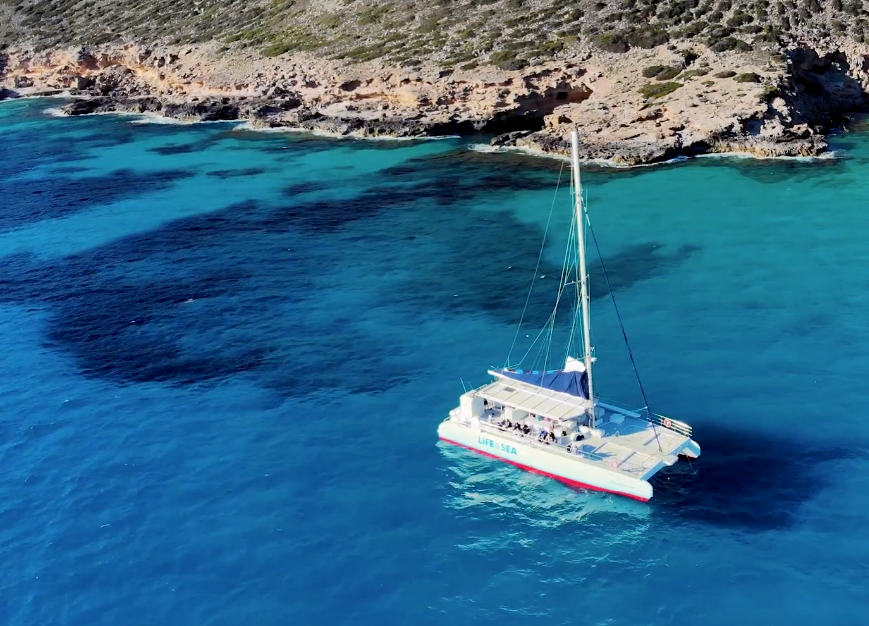 4-hour catamaran tour of the Bay of Palma

If you get to this beach it is almost obligatory to go to the lighthouse of Cap de Formentor, the northernmost part of Majorca, from where on clear days you can see the island of Menorca. In the cape itself you can also stop at the quiet Cala Murta, located at the end of an impressive estuary and surrounded by cliffs covered in pine trees. You have to walk 2 kilometres from the car park along an asphalted road. 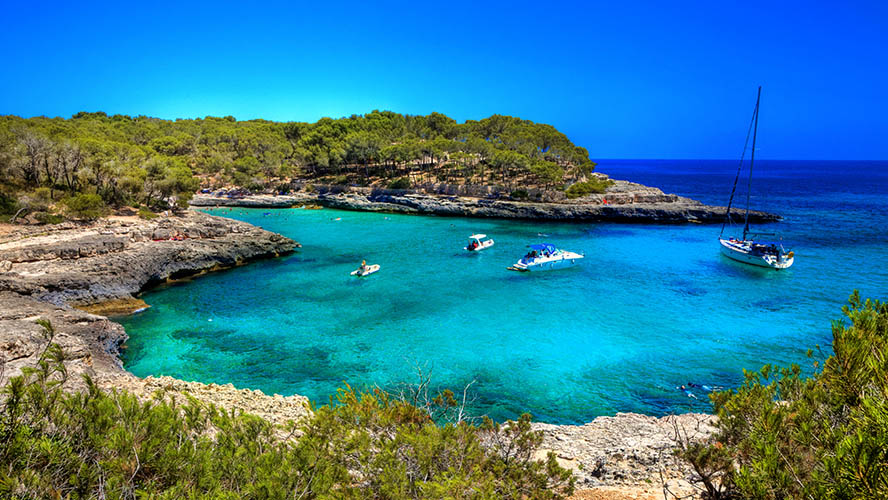 In the north-east of the island, 7 kilometres from Capdepera, the wide Mesquida Beach–around 350 metres of sand–will surprise you because it is located between pines and dunes populated by a large number of birds, which is why it is considered an ‘area of special interest’. And 11 kilometres from Artà, taking a dip in the virgin Cala Estreta is an unmissable experience. Its name is due to it being a narrow and rocky sea arm of great scenic interest. By land it can only be reached on foot by completing a hike, so the few who frequent it arrive by boat. 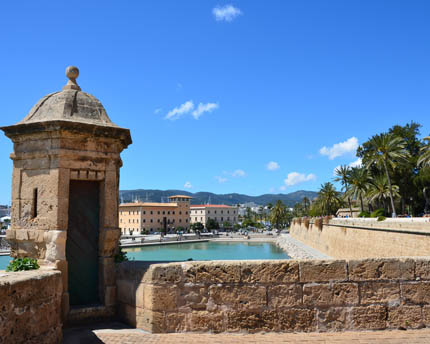 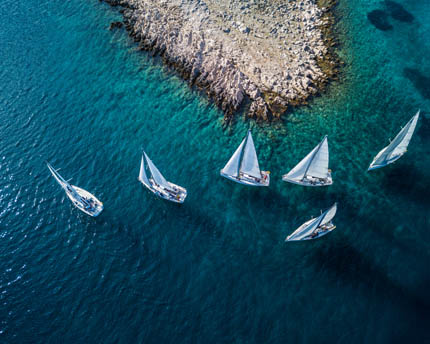 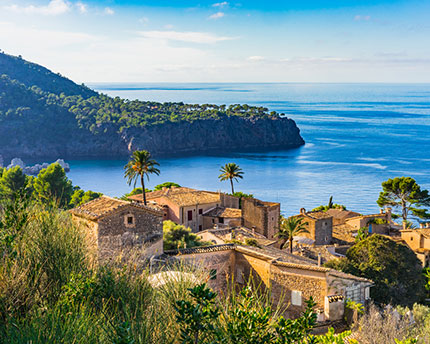 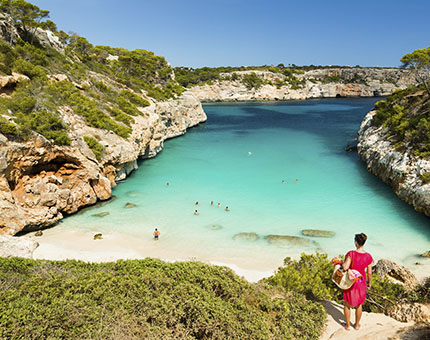 What to see in Mallorca: 23 essential beaches, villages and museums 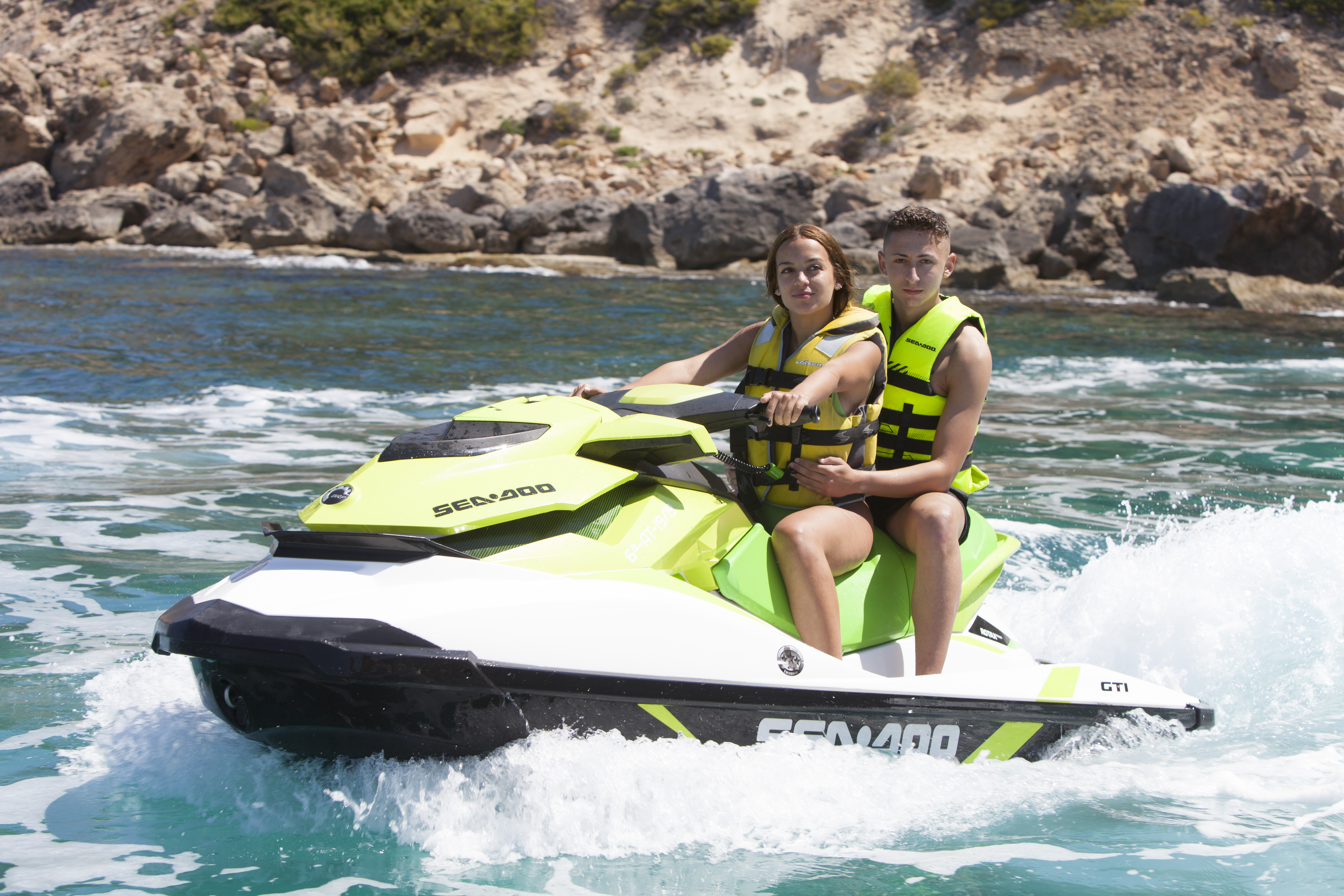 Jet ski excursion along the bay of Cala d'Or 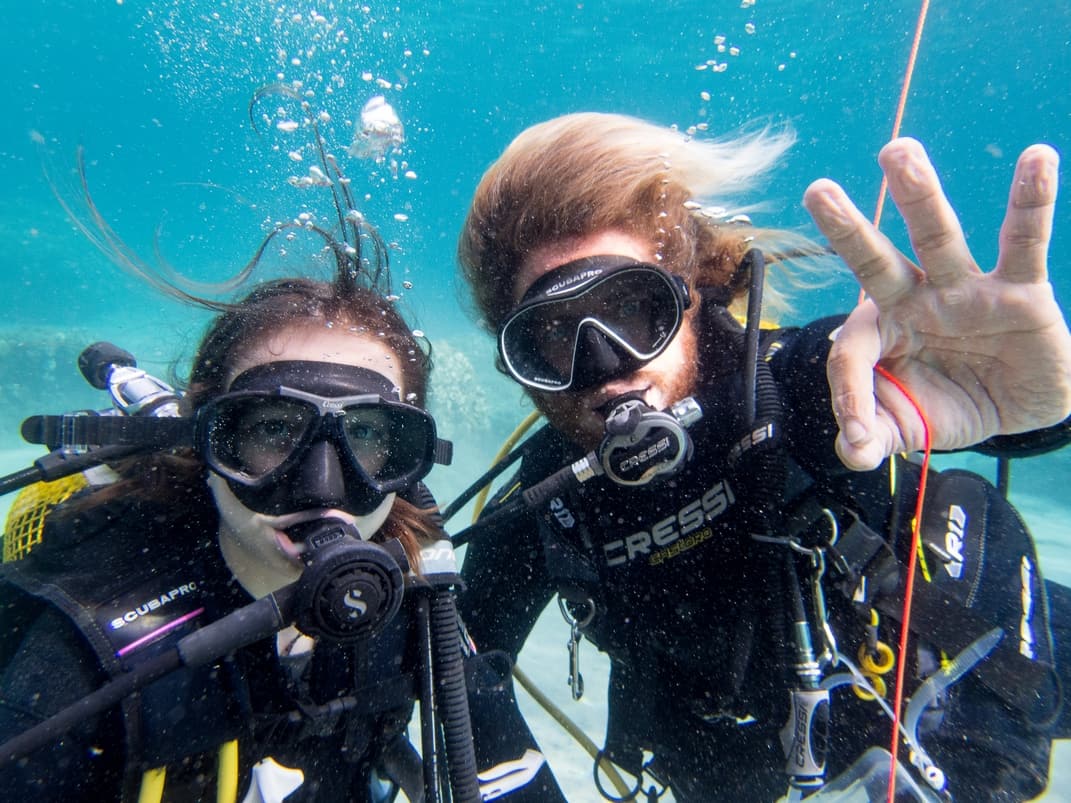