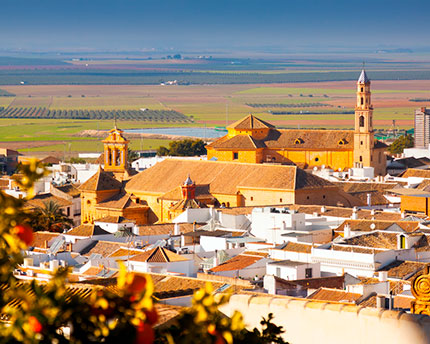 Osuna sits in the heart of the countryside around Seville and makes a highly recommended nearby day trip from the city. Just an hour from Seville, it is the perfect bolthole and proves that the province also has plenty of attractions worthy of day trips or even a weekend away. A simple stroll through this ducal town means going on a journey through three thousand years of history, from the first Roman settlement up to the present day, passing through periods of bonanza that saw the construction of temples and majestic stately homes. The attractions of Osuna have also featured in several films and television series, such as Game of Thrones; locations used for its intrigues include the bullring, the university and the collegiate church.

Osuna, two towns in one

Osuna has a clearly defined town plan and can easily be divided into two perfectly distinct parts. The upper zone sits on a small hill that the ancient Roman, Moorish and Iberian populations could use to scan the horizon for any possible attacks. This area is home to emblematic monuments such as the convent of La Encarnación. The rest of the town lies on lower ground and is characterised by narrow streets, squares and Baroque palaces that should be appreciated at leisure, taking time to admire every detail of their façades and courtyards.

What to see in Osuna

Although the first rule of discovering Osuna is wandering its cobbled streets and admiring the bougainvillea climbing the walls, it is also a good idea to use a small guide to the town so that you don’t miss any of its fascinating monuments. Below is a summary of the most important buildings: 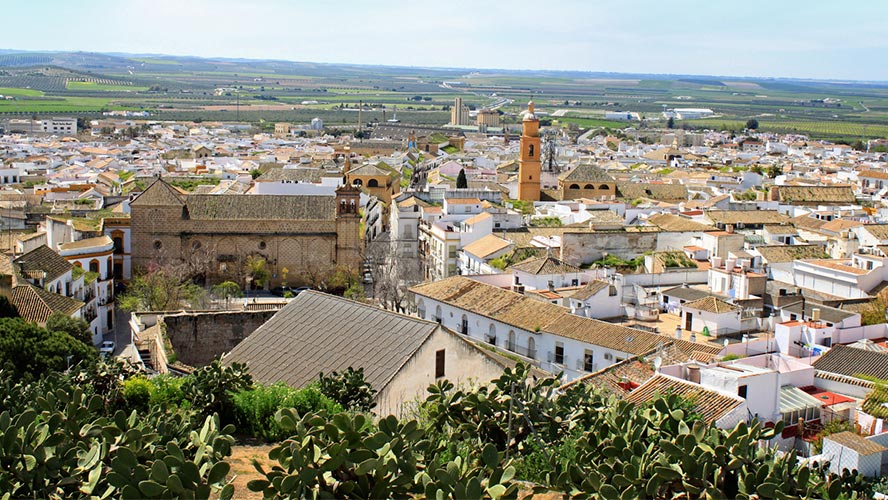 Special mention should be made of one of the town’s most recent museums: the Game of Thrones Museum. This is the first centre in the world dedicated to the television series and a Mecca for fans of HBO’s famous saga. After several scenes were filmed in Osuna in 2015, visitors have flocked to the town to see the filming locations with their own eyes. The museum displays official promotional materials by the production company and costumes.

Corners and squares to look out for

The streets of Osuna open up into numerous squares, parks and monumental arches that make a delightful sight as you cross the town, also serving as meeting points for residents. There are so many it isn’t possible to name them all, but mark them on your map and make them part of your itinerary as you explore the town on foot. One of the most notable squares is the Main Square Plaza Mayor, located right in the historic centre. It is home to institutions such as the Town Hall, the Casino, the market and the church of the Convento de la Concepción.

One of Osuna’s most unique streets is Calle de San Pedro, which has even won recognition by UNESCO as one of the most beautiful streets in Europe. Stroll along its length and admire the Baroque mansions dotted along either side; it has more palaces per square metre than any other street in the world. Pay special attention to the Palacio del Marqués de La Gomera, because the façade of this palace is the finest example of the Baroque style in civil architecture. Today it is a hotel and restaurant so visitors can appreciate it first-hand. 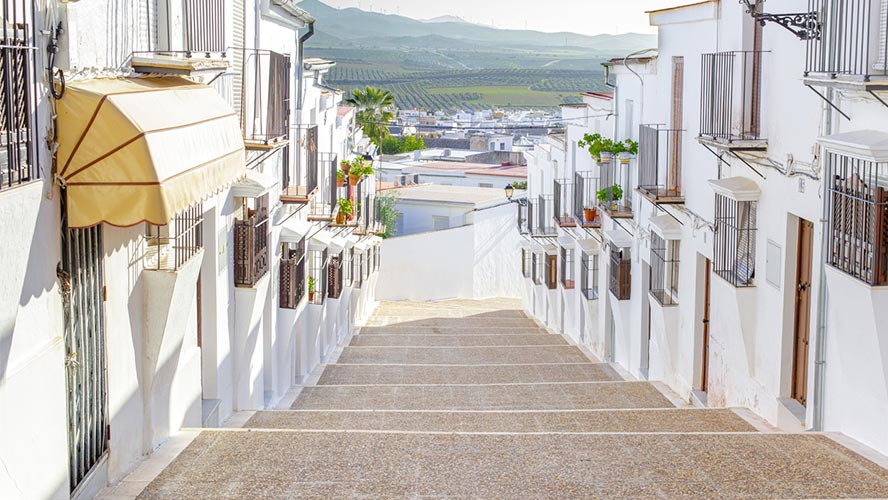 Another square that particularly stands out is Plaza de Cervantes; writer Washington Irving stayed at Casona de Calderón here. This hotel also has a restaurant and is the perfect spot if you are looking to try some traditional dishes.

If you fancy a rest after all your walking, San Arcadio Park is a good place to stop. It is the oldest park in Osuna and residents have come to enjoy its attractive plants, seats, paths and fountains since 1927. If you are interested in taking a longer walk you could visit Osuna lagoon, which welcomes thousands of migratory birds each year.

Shopping for hand-crafted goods in Osuna

Artisan tradition is alive and well in Osuna, and decorative tiles are still made that are later used to decorate walls and courtyards. If you would like to take home a souvenir, pieces made from glass, wrought iron and woven esparto grass are excellent choices. If culinary treats are more your thing, don’t miss the chance to buy some confectionery from the Encarnación, Concepción or San Pedro convents.

After your peaceful day out in Osuna, you will be left wanting to discover more beautiful destinations in Seville province.

How to get to Osuna from Seville