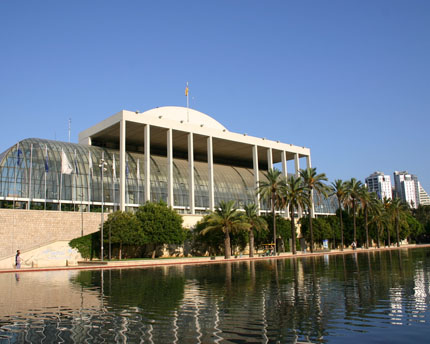 El Pla del Real district is located to the east of the old town after crossing the Túria river and owes its name to the Palau del Real which stood in the area until 1810. You might be surprised to learn that, although for centuries it was used as a royal residence by the Crown of Aragon, Habsburgs and Bourbons, it wasn’t actually a ‘royal palace’—its name ‘Real’ has its roots in the Andalusian Arabic word “raḥāl”, which refers to a small rural estate. In fact, the palace’s origins can be traced back to the eleventh century when it was a country estate for pleasure belonging to kings of the Taifa of Valencia. Today, all that’s left of the ancient building is the Pont del Real, which connects the old city to today’s neighbourhood, and the lovely Jardins del Real gardens, which are spread over the land where the estate once stood.

Leaving aside its historic origins, these days El Pla del Real is a large district inhabited by around 30,000 people in four neighbourhoods: Exposició, Mestalla, Jaume Roig and Ciutat Universitària. The best way to enter the district is to cross the avant-garde Pont de l’Exposició bridge, also known as ‘la Peineta’ (‘the comb’). It was designed by architect Santiago Calatrava to replace an earlier bridge that was washed away in the great flood of 1957. If you stand on the bridge you can see L’Estadi de Mestalla, Valencia Football Club’s stadium, which has been at the heart of Mestalla neighbourhood since 1923. The stadium is open to visitors and has a museum; both it and the neighbourhood are called ‘Mestalla’ after a small canal that once ran through the area.

Shortly afterwards you’ll find the Palau de l’Exposició, built to house the 1909 l’Exposició Regional Valenciana exhibition. It was designed by architect Franciso Mora Berenguer, who created a Neo-Gothic building that evokes the splendour of the civic Gothic used in Valencia in the Middle Ages. It’s worth visiting to admire the stained glass windows in its Sala Noble and its patio. Once inside Exposició neighbourhood you’ll pass one of the few buildings from the 1909 exhibition that remain standing: the Fàbrica de Tabacs, an industrial building with Modernist interiors that was used as the Pavilion of Industry. Today it’s filled with the offices of civil servants. You’ll then reach the beautiful Passeig de l’Albereda, which runs alongside the Jardí de Túria and is the stage for the Batalla de flors (Battle of the flowers) carriage parade during the July Fair each year. Next, you’ll come to the Pont del Real bridge. The nineteenth-century Jardí de Monfort gardens are close by. This city oasis is a wonderful park where you can come and enjoy its fountains, pond and 33 marble sculptures.

Finally, you’ll reach Avinguda de Vicent Blasco Ibáñez, the main thoroughfare through the district and one of the longest roads in Valencia. In 1977 it was given the name of Valencia’s most famous writer, appropriate for a road that is the heart of the university zone and where the faculties of the Ciutat Universitària are located. Finally, the Jaume Roig neighbourhood is located to the north of the avenue; this residential area, traditionally inhabited by people working in the liberal professions and journalists, was named after a fifteenth-century doctor and writer who symbolises the Golden Age of Valencian writing.