Tenerife What to see and doTenerife Carnival: the mother of all parties

Tenerife Carnival: the mother of all parties 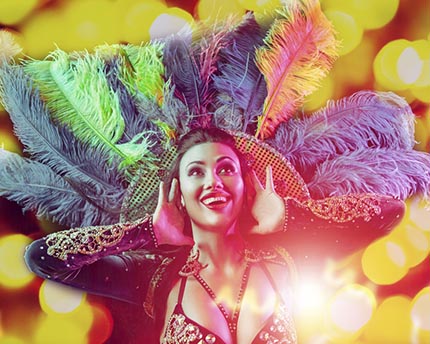 Tenerife spends the whole year preparing for its most action-packed month. For Carnival is the biggest event in the island’s calendar, and its fame has even spread across the seas. These are days when worries and cares are left at home, feet become oblivious to fatigue, and celebration fills the streets and squares. A month of music and colour, a great party for young and old alike, day and night, and all in the open air. That’s Tenerife Carnival, one of the biggest and best shows in the whole world. The residents of Tenerife, known as chicharreros, have a whale of a time, and welcome all visitors to join the party.

Perhaps the most appealing thing about the celebrations is that, for a few days, there’s no room for embarrassment or fear of ridicule. Thanks to the generous dose of irony and the lack of inhibition that would be completely out of place at any other time of the year. Tenerife Carnival is a golden opportunity to set aside the daily routine, forget the bad times, and get down to some serious partying. Come along and have the time of your life.

Back in the fourteenth century, the Archpriest of Hita spelt out in the pages of the Libro del Buen Amor [Book of Good Love] the meaning and the Christian tradition of Carnival in the battle between Don Carnal and Doña Cuaresma [Lent]. Don Carnal, a serial philanderer and sybarite, enters into battle with the demure and pious Doña Cuaresma. We won’t tell you how the story ends, although the 40-day period of penitence and abstinence immediately before Holy Week might give you a clue as to who won.

The fact is that Christian tradition has had a strong link with the Carnival celebrations, as for centuries—exercising greater or less discretion, depending on the degree of political or religious repression—these celebrations have been held in the lead-up to Lent. They were introduced into Tenerife by the Spanish and the Portuguese during the sixteenth century. And in the nineteenth century, competitions, fancy dress, and artistic exhibitions became part of the celebrations in addition to the traditional dancing. The roaring twenties of the following century saw the arrival of the first tourists, and the introduction of murgas [popular musical theatre productions], comparsas [troupes], rondallas [groups of street musicians] and estudiantinas [student bands]. In 1980, Tenerife Carnival was awarded the status of Festival of International Tourist Interest and ever since then, the popularity—and flamboyance—of the Carnival has never stopped growing. In fact, Tenerife Carnival is the world’s second most famous, behind that of Rio de Janeiro—a city that, incidentally, was founded by a native of Tenerife.

When it is held: Tenerife Carnival dates

Although it has lost its original nature of wild celebrations leading up to the self-denial of Lent, the timing of Carnival is still linked to that of Lent. In other words, it takes place before the forty days leading up to Holy Week. And as the date of Lent varies—depending on the date of the first full moon after the Spring Equinox—the dates of the Carnival celebrations also vary.

The Cabalgata Anunciadora [parade to announce the opening of Carnival]—held on the Friday before Ash Wednesday—is the official starting point, but in Tenerife, Carnival-related events begin two weeks before that. And continue until the Sunday following the Entierro de la Sardina [Burial of the Sardine]. So, if you’re thinking of a holiday break to Tenerife Carnival, do bear in mind that the party lasts for a whole month! The main events, however, take place during the last week and a half.

The first thing you need to pack is your party spirit. And fancy dress, of course—don’t let modesty hold you back! Then get ready for a few days of undiluted fun. Nothing will enhance your enjoyment as much as joining in the revelry.

The atmosphere of the Santa Cruz de Tenerife Carnival gets going with the murgas [popular musical theatre] competitions (for both adults and children) with a common thread of fine irony. Next, there follow the Musical Ensemble competitions, a throwback to the Carnival merrymaking tradition. As the first (official) week of Carnival draws to a close, you’ll need to make room in your diary for more events:

On the Wednesday before the gala weekend, the ceremony to choose the Carnival Queen of Tenerife marks the beginning of the build-up to the great climax of the Carnival. Feathers, sequins, extravagant make-up and, most importantly, a vast colour palette all contribute to the different costumes worn by those vying to be queen. And they could not be more appropriately named: fantasías. Winning the crown is not easy as competition is extremely fierce, and the designers need to come up with more and more ingenious creations every year to make their contenders outshine all the rest. And these are not five-minute creations, but the effort of 365 days’ work is certainly rewarded when they strut the stage.

The Cabalgata Anunciadora opening parade: the best way to start

On Carnival Friday, the streets of Santa Cruz are brimming with the party spirit at this parade, a great, snaking procession of colour formed by tens of thousands of people. The queen and her maids of honour, the troupes, the murgas, musical ensembles… everyone turns out for the start of the Santa Cruz de Tenerife Carnival and from this night onwards, you won’t find anyone on the streets who is not in fancy dress. Join the great party!

And so it goes in until the Tuesday, and the Gran Coso Apoteosis—whose name tells you everything you need to know—the spectacular Tenerife Carnival Procession where, once again, everyone takes to the streets along with their extravagantly decorated carriages and floats. This is the unforgettable Carnival scene that will remain etched on your mind forever.

The next day, the quaint Ash Wednesday Burial of the Sardine is another great Carnival moment, straddling the line between the comic and the grotesque.

Does the party stop there? No, it continues for one more weekend, with the Piñata and the Carnaval de Día which, yet again, see the streets packed with dancers. After that, the Carnival really is over… until next year.

The Canary Island Carnival: a way of life

Tenerife Carnival has featured in the Guinness Book of Records since Celia Cruz, with the Sonora Matancera and Billo’s Caracas Boys succeeded in assembling 250,000 people in Santa Cruz’s Plaza de España. This was on Shrove Tuesday, 1987. This record demonstrates the significance of Carnival on the island—and throughout the Canary Island archipelago.

The Las Palmas de Gran Canaria Carnival is also an outpouring of joy and celebration which takes place over three weeks and revolves around Santa Catalina park. The show reaches a climax with the final of the Drag Queen Gala, an event which, every year, attracts increasing numbers of international talent.

Although they are less well known, Lanzarote Carnivals are the oldest such festivals to be celebrated on the Islands, with the Carnival of Arrecife being the most important. It lasts for around two weeks, and in addition to the traditional murgas, there is also a colourful Drag Queen Gala. 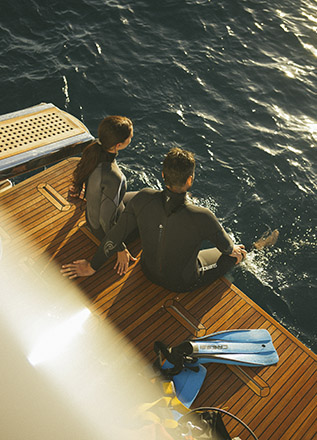 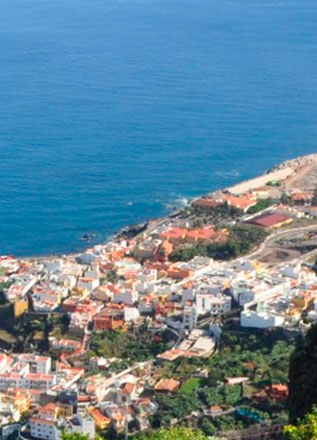 30€
Mount teide + Return to the island 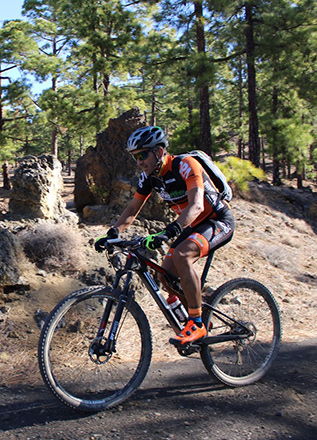 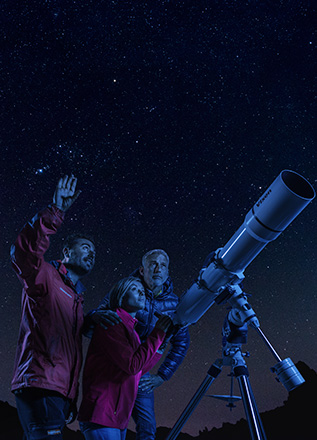