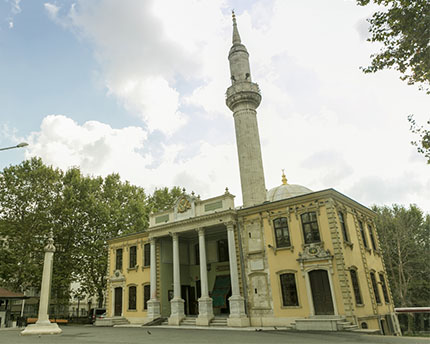 Nişantaşı neighbourhood is part of Şişli district and is in the European part of Istanbul. This residential and commercial area seems to emphasise its European identity in the eyes of travellers, in contrast to Asian Istanbul on the other side of the Bosphorus. Its homes, cinemas, hotels and cafés have a western sheen and wouldn’t look out of place in New York’s Soho and cities such as Barcelona and Paris.

In Turkish its name means “stone that marks” in reference to the fact that the area was once used as a shooting range by Ottoman archers. Several obelisks can still be seen along the neighbourhood’s streets that are decorated with inscriptions in Turkish and bear witness to this past.

Nişantaşı was founded in the 19th century – when the sultans left central Topkapi Palace and moved to the shores of the Bosphorus. Viziers and senior government officials built luxurious residences here but fled the area when the Republic of Turkey was created. Afterwards, Nişantaşı fell into a slight decline but recovered with the construction of Neo-classical and Art Nouveau buildings.

Today, it’s inhabited by well-to-do Turks and foreign residents, and offers visitors to Istanbul a different side to the city than the images seen on postcards. Perhaps the most notable attraction in Nişantaşı is its wonderful range of shops. So, if making the most of your stay in Istanbul means a shopping trip, make sure you visit Rumeli, Valikonagi and Teşvikiye Streets, and above all, Abdi Ipekçi caddesi, Istanbul’s “Golden Mile”. This final shopping street, which has the highest rent in the country, was named in tribute to Abdi Ipekçi, an important Turkish journalist who was murdered outside his home in 1979 by Mehmet Ali Ağca. His attacker became internationally famous two years later when he shot Pope John Paul II.

A good way to learn more about Nişantaşı neighbourhood before visiting Turkey is by reading Istanbul: Memories and the City by Orhan Pamuk. In this autobiographical work, the winner of the Nobel Prize for Literature describes the neighbourhood where he was born and grew up in his characteristically melancholic way.

After exploring Nişantaşı, head down to the Bosphorus and walk past Domabahçe and Çırağan Palaces, where you can try to picture the past splendour of the Ottoman Empire. Should you find yourself at Ortaköy quay and its lovely mosque at dusk, there’s a good chance that Istanbul will win your heart. You could also set off on a cruise and look back from the strait as lights appear in the palaces, producing a magical atmosphere as day slowly becomes night.

Sophistication and luxury reach new heights at Dolmabahçe Palace. Explore one of the most ma-jestic constructions in Turkey. 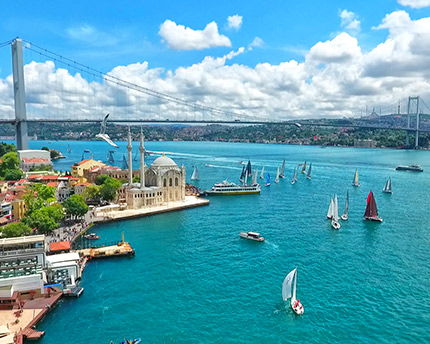 Palaces and mansions, mosques and synagogues, tiny villages and ancient strongholds… These are just some of the attractions of the Bosphorus, a natural waterway between Europe and Asia. 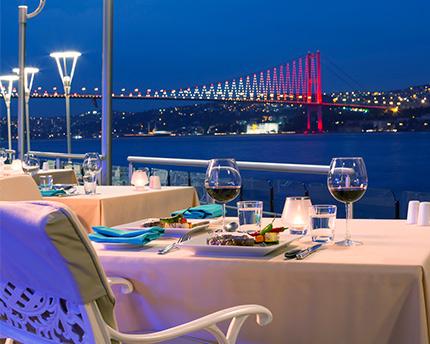 Istanbul is a huge restaurant hub; on every street corner and square, there’s a restaurant or street stall where you can enjoy delicious Turkish cuisine.