Valencia What to see and doGandia, from the Borgia to miles of sandy beaches 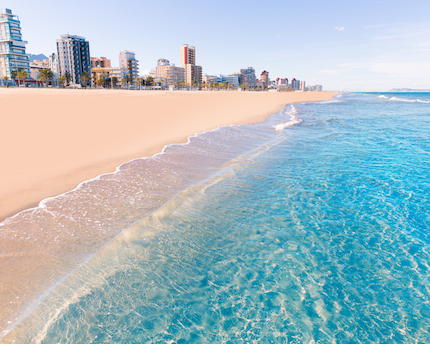 Today Gandia is famous for being a tourist hotspot in both the Valencia Autonomous Region and the whole of Spain. Each year, and particularly in summer, hundreds of thousands of people come here to enjoy themselves. And with good reason, because Gandia has some of the best beaches on the Levante coastline.

Gandia also has a hugely successful nightlife with dozens of nightclubs and bars where the best Spanish and international DJs come to play.

Before it was discovered by tourists, Gandia was a place of great historical importance because it was home to a family that produced two popes and a saint: the Borgia.

L’Ahuir is unquestionably the most spectacular of all the beaches in Gandia. It’s a 2 km stretch of soft, continuous sand and remains unspoilt with few buildings in the area. It’s the favourite part of the coast of people hoping to beat the crowds and is especially popular with kitesurf fans. L’Ahuir is a beach that has great ecological importance. In fact, several wooden walkways have been built to preserve the integrity and beauty of the dunes that lead down to the sea.

In addition to l’Ahuir, Gandia also has other stunning beaches:

The legacy of the Borgia

The history of Gandia is closely entwined with the Borgia family, known as the Borja in Spain. They arrived in Gandia at the end of the fourteenth century and two members of the family became popes: Alexander VI and Callixtus III.

Apart from their historical legacy and notorious intrigues, the famous family built their Palau Ducal here. This magnificent medieval, Renaissance and Baroque building has a particularly impressive Saló de Corones [Crown Hall] with reliefs showing the different crowns used by members of the dynasty over the centuries.

The Gothic chapel, once the private office of Francisco de Borja and used for religious purposes after his death, is also extremely interesting. The Galeria Daurada [Golden Gallery] was built to commemorate his holiness and is one of the finest examples of the Valencian Baroque.

What else to see in Gandia

Traces of the Borgia can be found in many other monuments in Gandia. For example, the Col·legiata de Santa Maria church is decorated with the family’s crests. The eminent family were essential to the construction of this temple and encouraged the involvement of some of the best artists of the period.

The following monuments and centres of culture and history are also worth visiting:

Gandia is famous for its nightlife, particularly during the summer. The young, and not so young, flock here from around the world, drawn to a party scene that often doesn’t end until sunrise.

Some of the most popular spots are: 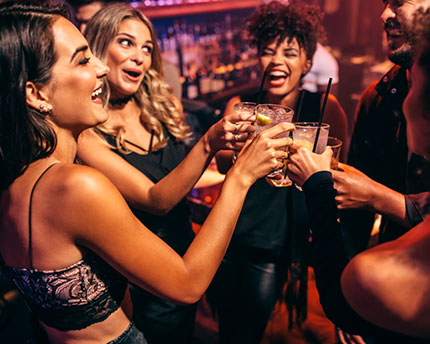