Valencia What to see and doValencia MotoGP: the last great motorcycling event of the year

Valencia MotoGP: the last great motorcycling event of the year 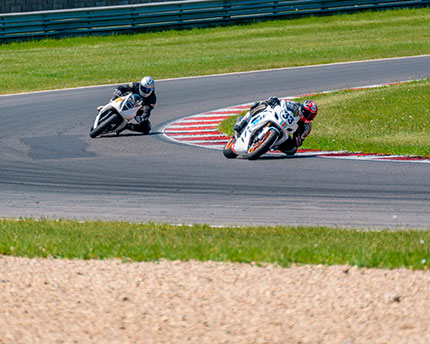 Every November since 1999, legions of bikers have flocked to the small town of Cheste in the Valencia Autonomous Region to attend the Motul Grand Prix, the final big point-scoring event in the MotoGP, Moto2 and Moto3 world championships. Such is the importance of the event that the amount of tourists visiting the town triples, as well as transforming it into one big party for three days straight with various tents, mobile discos and other events related to the world of motorcycling.

The epicentre of the party is at the Circuito Ricardo Tormo, an iconic racetrack that forms part of the Motorcycling World Championship. Ticket prices vary considerably according to the section of the stands chosen and in total the Cheste Grand Prix has capacity for approximately 120,000 spectators within its facilities. Fans from all over Europe descend on the town eager to see the best bikers in the world, from Valentino Rossi to Marc Márquez, through to Dani Pedrosa and Maverick Viñales. An essential event for all fans of sport and entertainment!

The MotoGP, a brief overview

The Cheste Grand Prix is not just any other race. Since it is the final point-scoring event in the MotoGP World Championship, it is often the place at which the final ranking is decided. Despite the fact it consists of three categories (MotoGP, Moto2 and Moto3), it is primarily referred to by its main category, the MotoGP—the class in which motorcycles with an engine capacity of 1,000cc compete. It is, therefore, the main event in the motorcycling world with a calendar that includes a total of 19 races from March to November. And although the championship is held in 15 different countries, Spain is the country with the most point-scoring events, including Jerez de la Frontera since 1987, Montmeló since 1992, Cheste since 1999, and Aragón since 2010.

On 19 September 1999 the Circuito Ricardo Tormo was inaugurated on a lot spanning 1.5 million square metres in the municipality of Cheste, just 20 kilometres from Valencia. Less than a year later, the Valencian motorcycling champion Ricardo Tormo—twice world champion in the 50cc class—died of leukaemia. In tribute to his racing career, the Valencia Autonomous Region decided to name the Cheste circuit after him.

Today the circuit can boast of being occupied throughout nearly the whole year, thanks to its tough layout, excellent facilities and the area’s mild climate, making it a true motorcycling nerve centre right in the heart of the Valencia Autonomous Region. What’s more, in addition to the MotoGP World Championship, the circuit also frequently hosts other types of events, such as the FIA World Touring Car Cup (WTCR), the German Touring Car Masters (DTM), and some pre-season Formula 1 tests, among many others.

Its design—the circuit is situated within a stadium—means that most of the 65,000 spectators seated in the stands are able to see the whole circuit spanning 4,000 metres in length and 12 metres in width, with a roughly 900-metre-long straight. The seats situated on the straight, known as the Tribuna de Boxes, are those with the highest price tag: 185 euros for three days. The rest of the stands (Orange, Yellow, Blue, Green, Red and White) offer visitors a descending range of prices, the cheapest ticket costing 45 euros. Nevertheless, bear in mind that there is a small discount if you buy your ticket online.

Other activities and parties around the MotoGP

During the Cheste MotoGP there are a wide range of other activities that take place away from the circuit, such as in the camping area, just four kilometres away, which the organisers provide for ticket-holders.

The Feria Dos Ruedas also takes place simultaneously in Pavilion 7 of Feria Valencia with the presence of over 50 of the main brands on the market, as well as the post-race Awards Ceremony Gala, where, according to tradition, the champions must light large fireworks in order to celebrate with the fans.

For further information, we recommend visiting the following website: https://www.circuitricardotormo.com/