The step pyramid of Zoser: the original pyramid 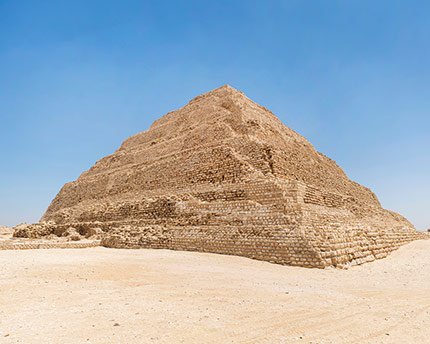 Who would have thought that a short, 30-kilometre, trip to the south-east of Cairo would lead to another, much longer and almost impossible journey… a journey of nearly 4,500 years into the past?

The necropolis of Saqqara, the most important burial complex of the ancient city of Memphis — the capital of the Old Kingdom — offers exactly that: the chance to journey back in time to discover, among the numerous treasures of Ancient Egypt, the great step pyramid of Zoser. It is considered to be the original pyramid, the oldest, the forerunner of all the others, and the oldest carved stone monument in the world.

In a nutshell, to visit the step pyramid of Zoser and the other monuments of the legendary necropolis of Saqqara is, without the shadow of a doubt, essential for any traveller to Cairo.

The history of the step pyramid of Zoser or Djoser

The ancient city of Memphis is said to have been founded by Egypt’s first king, the legendary Menes, around 3100 B.C. It was the capital of the kingdom during the Early Dynastic Period (c. 3100-2686 B.C.), and during the Old Kingdom (c. 2686-2181 B.C.) — and it remained one of Egypt’s most important cities for another three thousand years or more. 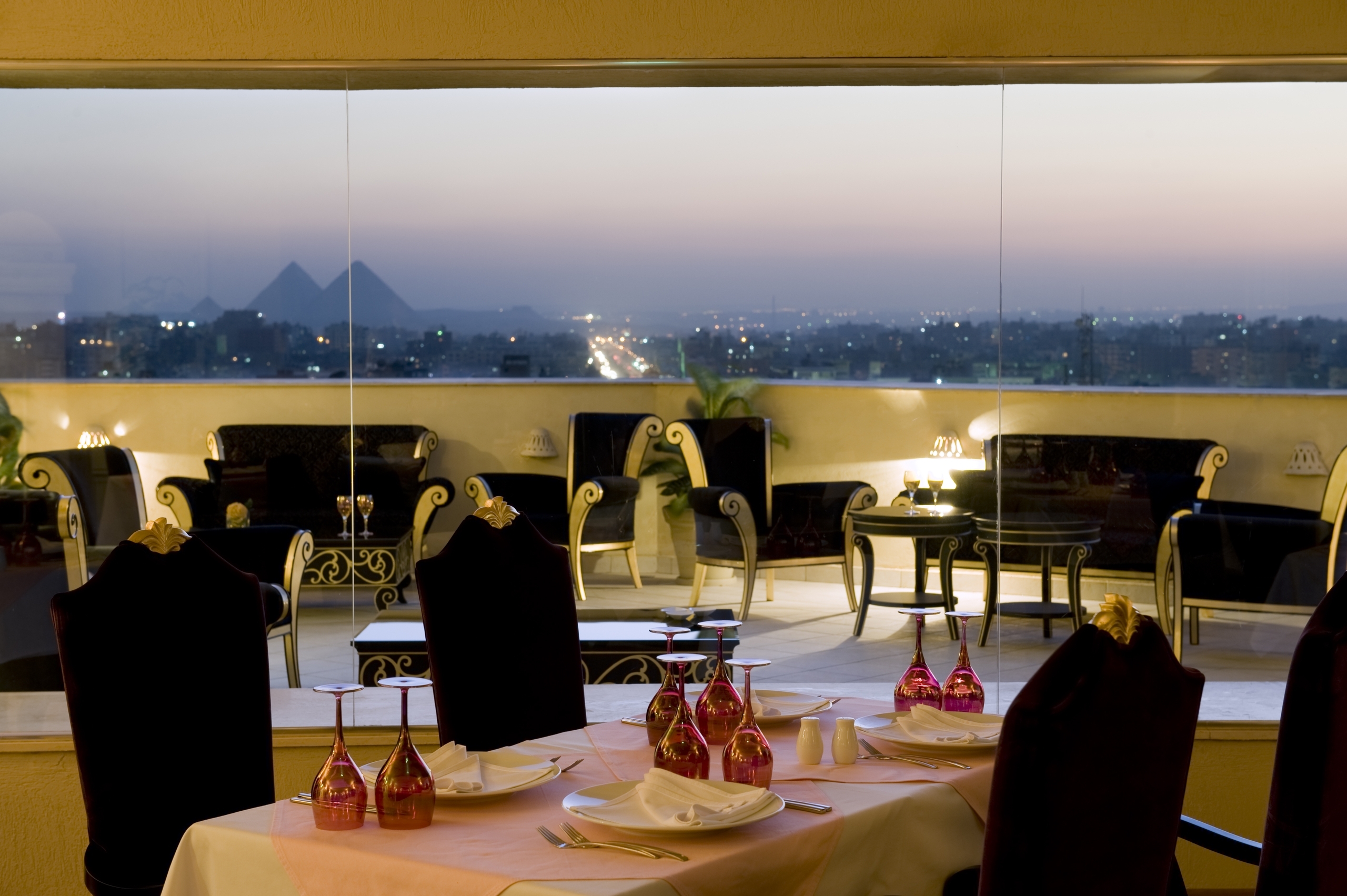 The city’s long existence is demonstrated by the number and scale of the necropolises and burial monuments that can be found in the area today, including major sites as the Giza plateau, with its three world-famous pyramids, or as in this case, the necropolis of Saqqara. This burial ground is located further south than the famous cenotaphs of Khufu (Cheops), Khafre (Chephren) and Menkaure (Mycerinus), and is the site of this unique, step pyramid, one of Egypt’s most iconic monuments.

Saqqara’s step pyramid was built in around 2650 B.C. by the polymath Imhotep (regarded as history’s first architect and engineer, as well as being a doctor, astronomer, and mathematician), as a tomb for the pharaoh Necherjet Dyeser (Third Dynasty, also known as Zoser or Djoser). It marks a historical turning point, a change to royalty being buried in pyramids, rather than in mastabas (flat-roofed, rectangular structures). This step pyramid is in fact a series of mastabas of decreasing size, placed one on top of the other. Now it seems like a whim or a flight of fancy by the erudite Imhotep, but it was at the time, a revolutionary change in many respects.

Set within a walled burial ground containing other temples and symbolic monuments, this imposing structure, built of stone (unlike the traditional mastabas, which were made of adobe) measures 140 metres by 118 metres at its base. With 6 levels, and once reaching 60 metres in height, it marked a significant turning point, and set the architectural model for subsequent pyramids. 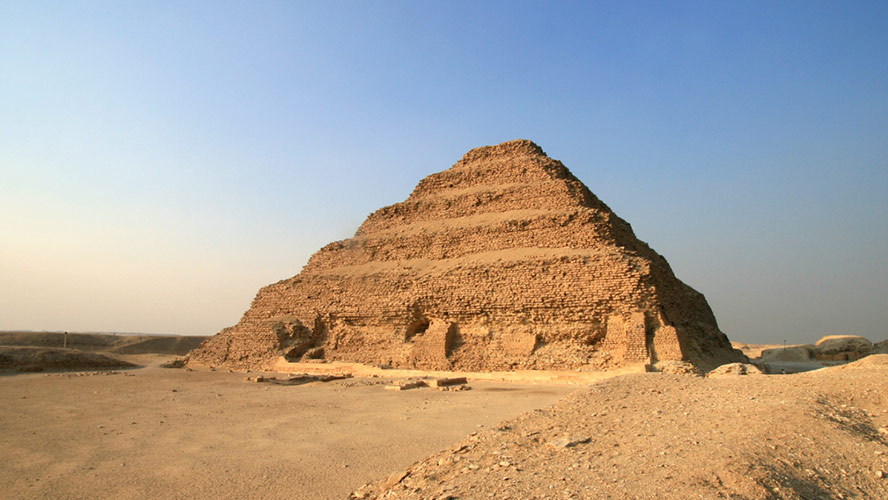 The subterranean world: inside the pyramid

The basic function of the traditional mastabas was to cover underground passages and burial chambers. The ‘new’ pyramid maintained these customs, and beneath it lie a series of pits and galleries where archaeologists found various types of stores, tombs of members of the pharaoh’s family and, of course, the burial chamber of Zoser himself, covered with great blocks of granite.

Thus, a network of rooms, passages and galleries (some interconnected, and others not) leads to an extraordinary subterranean world, including areas richly adorned with blue and green ceramic tiles (faience), walls decorated with bas-relief, ancient construction features, and more. After a long restoration and adaptation process, the chambers and galleries of the step pyramid of Zoser have been reopened to the public, and now visitors can even access the main chamber, containing the pharaoh’s sarcophagus.

The great step pyramid is the most important monument of both the Saqqara necropolis and of the Zoser burial complex, but it is far from being the only one.

The walled complex The step pyramid stands within a huge, rectangular, walled enclosure measuring around 550 by 280 metres. Access is by means of a door at the south-eastern corner (there are fourteen other false doors around the walls), which leads to a kind of passage, or colonnade, with 40 columns set in two rows, opening into the great South Courtyard. 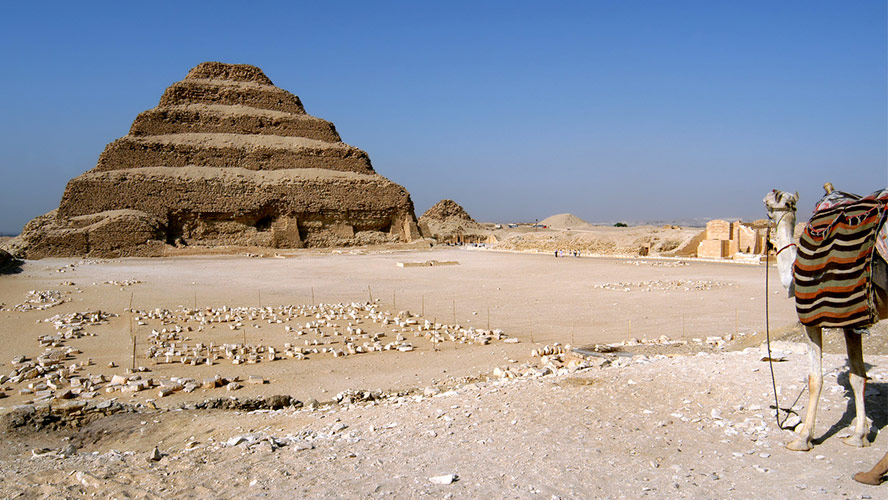 The South Tomb Not far from the entrance stands this structure which seems to have been an additional, symbolic, tomb for Zoser, possibly reflecting his status as king of both Upper and Lower Egypt. Its magnificent frieze is crowned by cobra heads, symbolising protection and power, and the burial chamber inside is very similar to the one below the step pyramid, as are the exquisite relief decorations portraying the pharaoh taking part in the feast of Heb Sed.

The Heb Sed courtyards and chapels One of the unique features of the Zoser burial ground is the complex of courtyards and false ‘chapels’ or shrines that recreate the scenario of the Sed festival. This was a royal ceremony believed to rejuvenate the king and regenerate his power, thus ensuring that the pharaoh, even after death, would continue to rejuvenate forever.

Other structures to be found within the splendid Zoser burial complex include the remains of the Temple and the three columns on the eastern side of the wall, the buildings known as the Houses of the South and the North, the serdab (or Ka chamber) which once contained the statue of the pharaoh (now in the Cairo’s Egyptian Museum), and the ruins of the North Temple.

Apart from the pharaoh’s burial ground, the Saqqara necropolis is home to many other historic structures, such as the tombs and mastabas of various pharaohs of the First and Second Dynasties; the Sarapeum, a remarkable burial place for the sacred Apis bulls; the pyramids of Sekhemkhet, Teti, Userkaf, Unis and other kings of the Fifth and Sixth Dynasties… All in all, a fascinating open-air museum.

Where to eat near the step pyramid of Zoser

Between the necropolis of Saqqara and the neighbouring town of Mit-Rahineh, visitors can find various options in terms of eateries — from small local cafés to tourist-orientated restaurants.

However, an ideal choice if you want to sample the finest Egyptian and international cuisine is to head for any of the three restaurants at the Barceló Cairo Pyramids hotel(https://www.barcelo.com/es-es/barcelo-cairo-pyramids/), barely 4 kilometres from the other great necropolis of ancient Memphis, the Giza plateau, presided over by its three extraordinary pyramids.

Where to stay near the step pyramid of Zoser

Likewise, the Barceló Cairo Pyramids offers everything required for a first-rate stay in Cairo, very close to the Giza pyramids, and, of course, to the spectacular step pyramid of Zoser. With its 236 spacious, comfortable and fully-equipped guest rooms, outdoor swimming pool and panoramic terrace with stunning views of the pyramids, and a full range of facilities and services, this is the ideal place to enjoy an unforgettable holiday in the heart of Ancient Egypt.

Who built the step pyramid of Zoser?

Imhotep, the renowned engineer, architect, doctor, mathematician and royal astronomer, was responsible for building this imposing burial monument on the orders of the pharaoh Necherjet Dyeser, also known as Zoser or Djoser.

How do I get to the step pyramid of Zoser?

Located about 40 minutes to the south of the Giza pyramids, the necropolis of Saqqara is easily accessed by car. Of course, any number of tours and guided visits operate from Cairo and the surrounding area to take you to explore this extraordinary monument.

Can you visit the pyramid?

Yes, you can see the outside, and you can go inside. In other words, the great Zoser burial complex, with all the underground chambers and galleries that lie beneath the step pyramid, is open to the public. 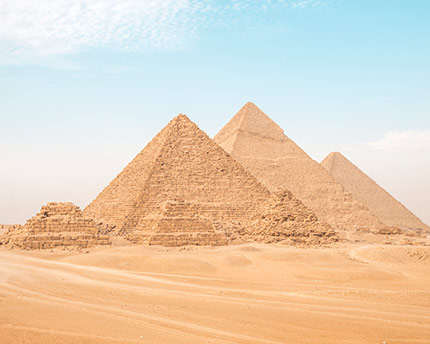 Pyramids of Giza, one of the Seven Wonders of the World 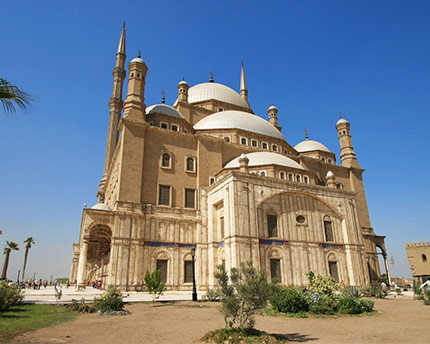 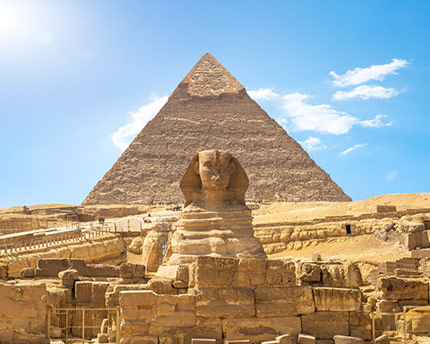 What to see in Cairo, the vibrant capital of Egypt 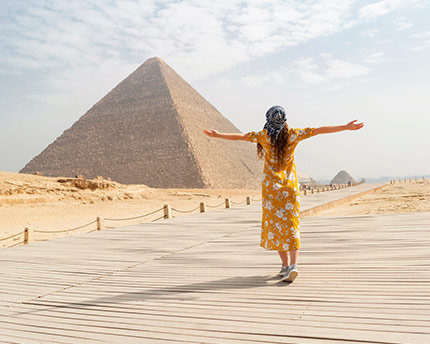