The Basilica of St. Mary Major: the ‘Spanish’ church in Rome 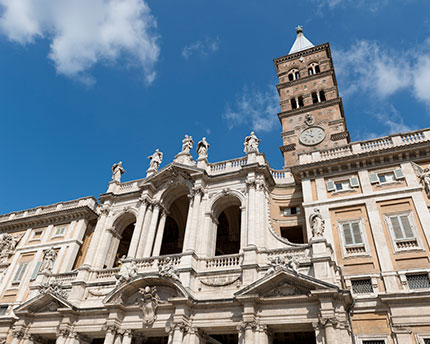 Trips to Rome’s main churches are a must when you visit the capital city of Italy. The Basilica of St. Mary Major (‘Basilica di Santa Maria Maggiore’), the largest temple dedicated to the Virgin Mary in Rome and the most important one in the world, is one of them.

This impressive church is a Papal basilica and is used by the Pope when he presides over the Feast of the Assumption of Mary on 15th August and when he leads the Corpus Christi procession. Despite not being inside the Vatican City, the church does belong to the Holy See.

The Basilica of St. Mary Major, along with St. Peter’s Basilica, St. John in the Lateran and St. Paul Outside the Walls, is one of the Catholic Church’s four largest basilicas. Believers must visit all four in order to be granted the Roman Jubilee.

The Basilica of St. Mary Major has a special link to the Spanish monarchy. Spain and the Vatican have had a close relationship for over 500 years. In Piazza di Spagna, you can find the Embassy of Spain to the Holy See, for example. In the case of the basilica, King Philip IV of Spain (1605-1665) became the temple’s benefactor in exchange for a series of honours for the royal family.

Since then, all the Kings of Spain have been an ex officio protocanon of the basilica. 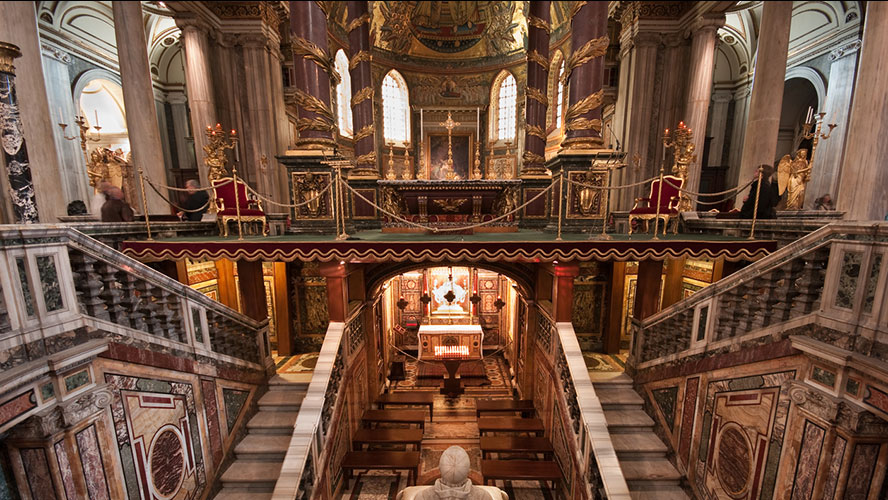 The miracle of the origins of the Basilica of St. Mary Major

The origins of the Basilica of St. Mary Major date back to the 4th century when construction of a temple on the top of Esquiline Hill began. According to the legend, Pope Liberius saw a vision of the Virgin Mary there and she sent a sign to mark the spot where a church should be built by making it snow at the top of the hill in the middle of the summer. Pope Liberius himself marked out the perimeter of the future basilica in the snow.

This was the origin of the miracle of the much beloved Our Lady of the Snows. In fact, on 5th August every year, there is a ceremony to commemorate the miracle and white petals are thrown down onto the square. 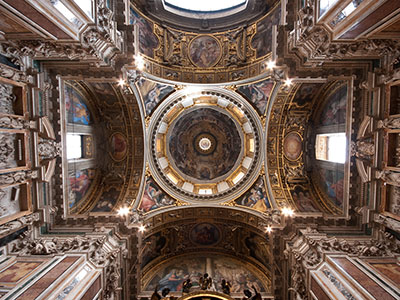 The existing Basilica of St. Mary Major was built on the ground where the original church lay and some colourful 5th-century mosaics, a triumphal arch and the layout and structure of the building still remain. In fact, it is the only Roman basilica that retains the original structure.

There are a range of architectural styles all mixed up in the basilica since changes have been made over the centuries. There are still some medieval elements, such as the marble floor to the right of the altar, for you to see and enjoy. The Renaissance era coffered ceiling in the nave is gilded with gold that was brought by the Spanish from America and presented as a gift to Pope Alexander VI.

The striking 18th-century Baroque façade by Ferninando Fuga is instantly recognisable. The seventy-five-metre-tall Romanesque Renaissance bell tower (the tallest in Rome) is also still there for you to see.

Things to see in the Basilica of St. Mary Major

One of the most striking things about the basilica is its mix of architectural styles. They are all based around the characteristic rectangular design of the existing church. However, there are also a number of other features that are an indication of how important this church has been throughout the history of Christianity and the history of the Vatican.

Despite the simplicity of the early Christian nature of the church, additional side chapels have been added over the centuries. Several popes wished to leave their mark on this important Christian temple.

Works of art in the church

In addition to the chapels and architecture, it is also worth visiting the Basilica of St. Mary Major for its collection of works of art.

The Crypt of the Nativity is under the altar. It contains a relic from Baby Jesus’ Holy Manger.

A number of popes, including Pope Clement VIII, Pope Paul V and Pope Pius V, have also been laid to rest in the Basilica of St. Mary Major. Gian Lorenzo Bernini, the wonderful architect who designed St. Peter’s square and the creator of the baldachin in the basilica is also buried here.

There is a simple epitaph on Bernini’s simple and discreet tomb to the right of the altar. It reads ‘The noble family Bernini here awaits the Resurrection’. It is really rather humbling to think that he who gave so much art and prestige to others has rather a simple inscription on a marble tombstone in such an important basilica.

If you’re travelling to Rome, then you simply must visit the Basilica of St. Mary Major. The capital city of Italy is the heart of the Catholic Church and the legacy of its churches is unique. 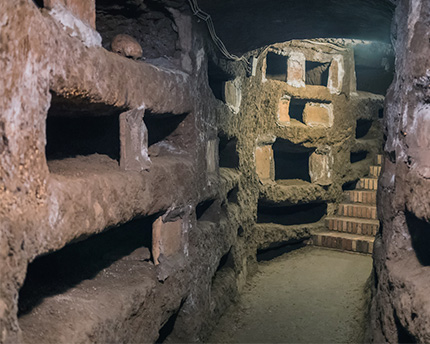 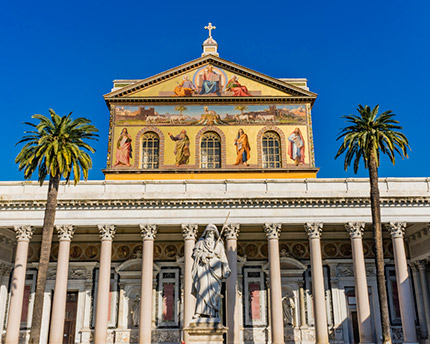 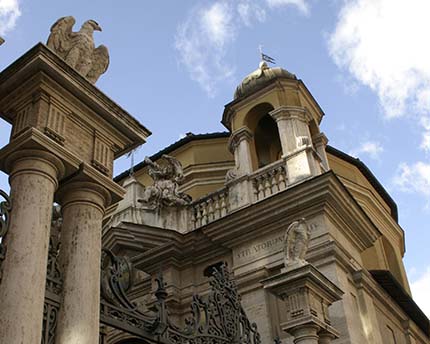