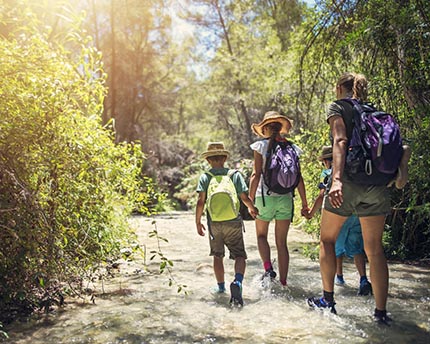 The province of Cádiz offers something that few other regions are able to match. Running practically from north to south—starting in Olvera (north-east Cádiz) and ending in Tarifa (at the southernmost tip of the Iberian Peninsula)—a natural corridor runs through the entire province, making this the perfect place for lovers of the healthy hobby of hiking. In the north you will find the Sierra de Cádiz, which is connected to the south through the enormous Los Alcornocales Natural Park which, in turn, is linked to the El Estrecho Natural Park at the southernmost part of the peninsula.

With so many different options, you are faced with the difficult task of choosing the best place in the province for completing a hiking trail in Cádiz that matches your personal preferences and interests. It all depends on the type of route that you are looking for.

Hiking trails in the province of Cádiz

The Sierra de Grazalema (a stretch of the Sierra de Cádiz) offers hiking trails through wild and challenging terrains, which is particularly appealing if you’re looking to climb mountains and find your way down winding tracks. The Los Alcornocales Natural Park, meanwhile, offers trails that aren’t particularly challenging, making this a family-friendly option that allows you to enjoy the surroundings of cork oaks and unique forests with your loved ones.

Walking along a hiking trail in the El Estrecho Natural Park also promises to be a unique experience, for which you will need a good pair of binoculars. Besides the splendid views that are constantly offered of the continent of Africa, these routes also provide an excellent opportunity to catch sight of cetaceans in the Strait of Gibraltar, and to marvel at one of the thousands of migratory birds that cross this body of water every year.

Each of these locations are perfect for a natural getaway (link a la portadilla de Escapadas).

Hiking in the Sierra de Grazalema: routes and tips

El Torreón—the highest mountain in the province of Cádiz, standing at 1,654 metres—is found in the Sierra de Grazalema, offering amazing views from its summit. This natural area is also home to a native species of tree, the Spanish fir, in addition to some of the region’s most picturesque towns (link: The Route of the White Villages). These are all excellent reasons to embark on one of the many routes offered by the Sierra de Grazalema for an enjoyable day of hiking.

Owing to the high ecological value of the area—which was declared a Biosphere Reserve in 1984—hikers are faced with several restrictions when visiting some of the most popular spots, such as El Torreón or El Pinsapar. One such restriction is the need for a special permit, which is freely issued in the El Bosque visitors’ centre. The special permit routes cannot be undertaken with pets, and remain closed to hikers between 1 June and 15 October due to the risk of forest fires.

This is a 10.5-kilometre route which stretches from Grazalema to Benamahoma. It takes around 4.5 hours to complete, and is considered to be of medium difficulty. The route starts in a place called Las Canteras, which lies 2 kilometres outside of Grazalema along the CA-9104 road in the direction of Zahara de la Sierra. You will find a car park in a nearby recreational area, where the route is marked out.

Along the route you will see the Spanish firs—an intriguing, dark-toned species of fir tree—which are living proof of the ancient Mediterranean conifer forests of the Tertiary period. These forests occupy 400 hectares along the route and grow on the northern slopes where they are protected from excessive light, making this an isolated, dense and dark forest.

This route is short (a 3-kilometre ascent to the summit of El Torreón) but tough. It takes around 2.5 hours to climb the mountain, and 1.5 hours to come back down. In any case, by climbing to the highest point of the province—standing proudly at 1,654 metres above sea level—you will be rewarded with some of the most impressive views of southern Andalusia. The trail starts in a car park, 5 kilometres from the A-372 road in the direction of Grazalema. On a clear day, from the summit it is possible to make out Gibraltar, the Bay of Algeciras, the entire Strait of Gibraltar, the Rif mountains in Morocco and even the Sierra Nevada mountain range in Granada.

Comprising a total distance of 5 kilometres (2.5 kilometres each way), the route around this luscious 100-metre deep canyon might seem short at first. However, this is a demanding trek that will take you 3-4 hours to complete. The trail starts 3.5 kilometres away from the CA-9104 road which links Zahara de la Sierra to Grazalema. One of the main attractions of this trail is the opportunity to see the colony of enormous griffon vultures that inhabit the area—the biggest in Europe—and the impressive depths of the gorge.

The sheer size of the park and its huge selection of routes and paths makes it difficult to choose just one. Several trails are even marked out specifically for bike tourists. One thing that you do need to take into account is the fact that access to some areas of the park is restricted at certain times of year due to hunting activities. As such, we recommend checking these dates beforehand at the Los Alcornocales Natural Park Tourism Office, which is located in Alcalá de los Gazules.

This is a beautiful trail that winds its way between Mount Valdeinfierno and a deep gorge, whose running water brings a coolness to the atmosphere. This low-difficulty 5.2 kilometre-route will take you around 2.5 hours to complete. To access this trail, take exit 73 on the A-381 road and drive around two kilometres, following the service road in the direction of Los Barrios, until you reach a roundabout. Once here, you should take a right. This route allows you to enjoy the most distinctive plant formation of the Los Alcornocales Natural Park: its gallery forests.

The El Estrecho Natural Park, located in the southernmost part of the peninsula, is a privileged area where you can catch sight of migratory birds and cetaceans. As such, we feel that this park’s most attractive itinerary might be the one that passes along the coastline. Our only tip is to bring a good pair of binoculars, as the views of the surrounding landscapes are magnificent—and they won’t be short of surprises!

One of the park’s most attractive coastal routes is the signposted Colada de la Costa trail. This begins in the centre of Tarifa, next to the Castillo de Guzmán el Bueno castle, and covers a total distance of 16 kilometres along a narrow cattle track. It will take you around 5 hours to cross along the coastal cliffs that run from Tarifa to Algeciras. Constantly accompanied by a view of the African continent, the trail passes through areas of low scrubs, bunkers and other lookout structures. At the half-way mark, roughly 8 kilometres into the trail, you will reach the Guadalmesí bird observatory: the perfect spot to take a break and marvel at the species that fly across the Strait of Gibraltar. 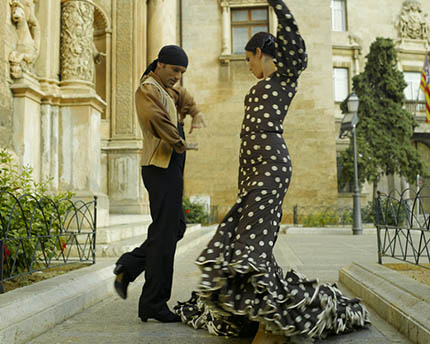