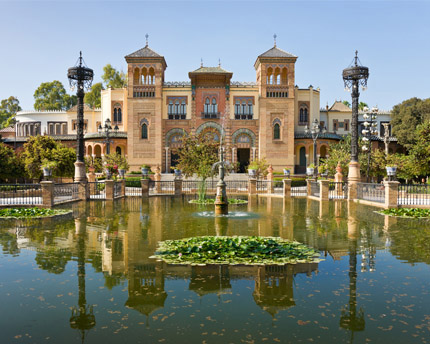 María Luisa Park is, without a doubt, the most well-known green space in Seville, above all due to its size, its proximity to the historic centre of the city and its magnificent landscape dating from the early twentieth century. However, it also has historical importance as the site of the Ibero-American Exposition of 1929, an event that was to change its appearance for good and give Seville one of its most attractive sights, chiefly Plaza de España.

The leafiness and freshness of this vast urban park make it one of the most visited places in Seville, particularly during the summer months. Nevertheless, the park has a wonderful charm all year round, especially at the beginning of spring and autumn, as a large part of its trees are deciduous.

Without a doubt, it is one of the most popular places for couples in Seville, given the romanticism that its tree-covered gazebos and paths exude. In fact, newlyweds often use the park for their official photos. A delightful ride on a horse-drawn carriage along the park’s paths is a definite must-do.

Until the late nineteenth century, María Luisa Park was part of the vast adjoining gardens of San Telmo Palace (vincular a URL correspondiente)—that is, the residence of the Dukes of Montpensier, better known as the Corte Chica, or Small Court. At the time, the widowed duchess María Luisa Fernanda of Spain decided to cede the green space, spanning almost 350,000 square metres, to the city of Seville for the enjoyment of its people and visitors.

The gardens were kept almost intact until the Andalusian capital was designated as the location of the Ibero-American Exposition of 1929, a great international event for which the park’s vast terrain was chosen. On it, each country’s different pavilions were built, whilst the conservator of Bois de Boulogne in Paris, Jean-Claude Nicolas Forestier, was commissioned with transforming its landscape. Instead of giving it a French touch (which was what everyone had expected), he took inspiration from Romanticism, the Generalife Gardens and the Alhambra de Granada, as well as from the gardens of the nearby Alcázar de Sevilla.

What to see in María Luisa Park

A large part of the buildings erected for the Ibero-American Exposition still stand today. In addition to the aforementioned Plaza de España, is Plaza de América, flanked by the building of the Museum of Arts and Popular Customs, which is without a doubt one of the most attractive buildings in the park built in Neo-Mudéjar style. It is also home to the Archaeological Museum (the former Pavilion of Fine Arts), built in Neo-Renaissance style, and the Neo-Gothic-style Royal Pavilion.

Forestier designed the whole park based around two existing features: the so-called Gurugú Mountain (in reference to the peak that looms over the city of Melilla) and the Duck Pond. 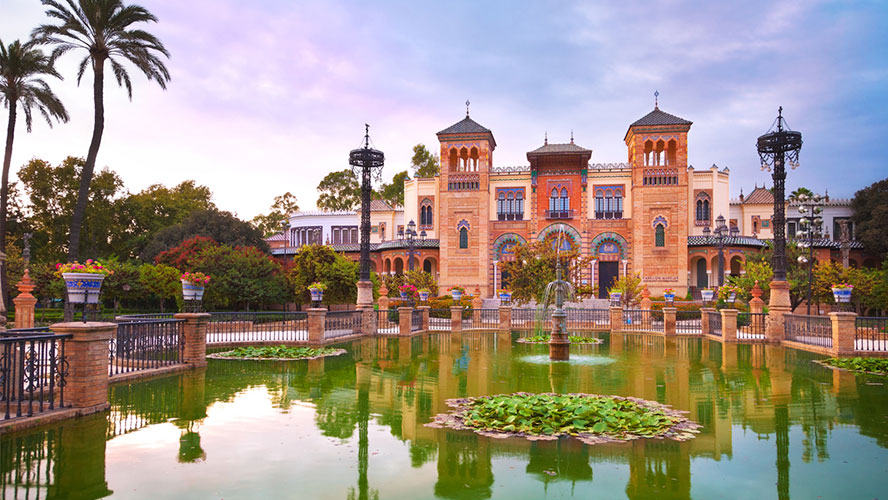 It is also worth noting the monument to Infanta María Luisa, which the Sevillian sculptor Antonio Susillo was initially commissioned with, although it was completed by Enrique Pérez Comendador. It is located at one end of the so-called Lotus Pond, a tiled pool brimming with this oriental plant. The area is flanked by pergolas covered by different types of climbing vines.

A wealth of plant life

Just as interesting as the monuments in María Luisa Park is the plant life. The park is home to over 140 species of trees from all over the world, much like a botanical garden. Many of these species were brought by Forestier, but many already existed in the original San Telmo Palace gardens during the Montpensier era.

Some of the most noteworthy examples include the two jacarandas in front of the Royal Pavilion, a Ginkgo biloba, bunya pine, hoop pine, two horse-chestnuts or conker trees, a large number of different palm tree species, and the so-called Liana Tree, whose trunk has a circumference of over five metres. These are the rare specimens to be found in the park. 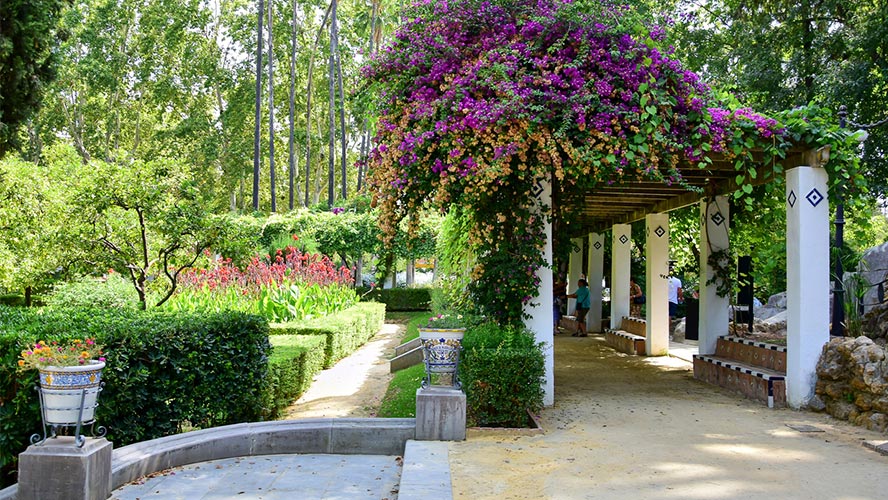 An extensive colony of animals live among the park’s thick vegetation, the largest group being birds. Apart from the species introduced by man, such as the different types of ducks, swans, peacocks and songbirds, there are also many others that came by themselves or ended up there accidentally. This is the case for the numerous magpies, monk parakeets and rose-ringed parakeets.

We also mustn’t fail to mention the different species of coloured fish found in the park’s ponds and, above all, the colony of greater noctule bats—that is, the largest bats in Europe. The survival of these mammals is under threat at present due to the growing and uncontrollable number of rose-ringed parakeets. 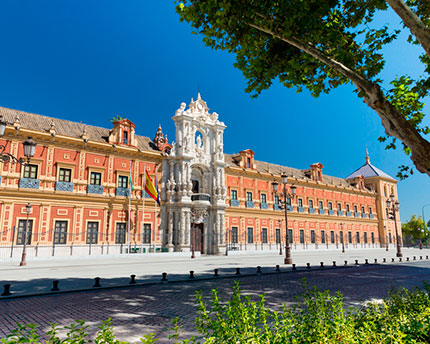 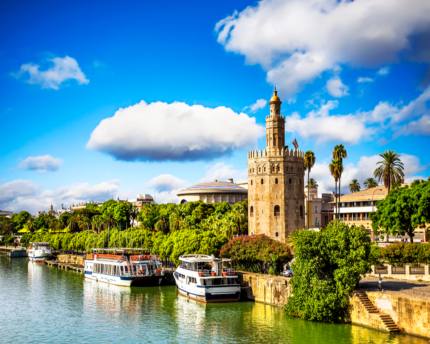