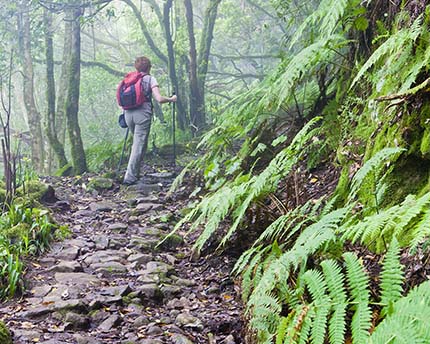 Anaga Rural Park in Tenerife is a true natural wonder. This mountain range on the northeast side of the island is a mecca for hikers and nature lovers.

The area, which was officially named Anaga Rural Park in 1994, became a UNESCO Biosphere Reserve in 2015. These classifications recognise Anaga’s geological and biological uniqueness because it is the location with the most precinctive forms in all of Spain.

Anaga Massif, the heart of the park

The most important element of Anaga Rural Park is the mountain range with the same name. It stretches from Punta de Anaga, on the northeast tip of the island, to the top of Cruz del Carmen, 920 metres above sea level. There are several interesting peaks (or roques) between these two landmarks:

On average, this mountain range stands 850 metres above sea level and is part of the Santa Cruz de Tenerife, San Cristóbal de La Laguna and Tegueste municipalities. Although the roques are usually no more than 1,000 metres tall, some of the ravines between them are over 300 metres deep.

These depressions are home to thick laurel forests where numerous plant and animal species coexist, and are perfect for hiking and other outdoor sports.

Anaga Rural Park is an enticing destination for hikers. A number of paths of varying lengths and difficulties can be found in this region. Some of the most highly recommended itineraries include:

Of all the trails in Anaga Rural Park, the most popular is called Bosque Encantado [the Enchanted Forest]. Thousands of people choose to hike this itinerary every year, and most are mesmerised by the spectacular beauty of the surrounding area.

The path crosses into El Pijaral Integral Nature Reserve, which stretches across approximately 300 hectares. This area is home to one of the largest concentrations of ferns (including a wide array of species) in the Canary Islands. It happens to be named after one of these ferns, Píjara (Woodwardia radicans), whose leaves can reach a height of up to three metres.

As far as the trail, it is relatively easy and just under 7 kilometres. In addition to the botanical diversity that grows along the path, visitors can also take in the sounds made by the many birds living in this jungle.

Since the trail runs through a protected area, visitors are advised to request permission from the corresponding authority at the Cabildo de Tenerife [Tenerife Island Council] or to hire a company specialised in these services.

To gain a better understanding of all the unique features of Anaga Rural Park, be sure to stop by the Cruz del Carmen Visitors’ Centre. This facility provides information about the biological and geological biodiversity of this spot, and about the activities available in Anaga.

There is also information about the plant species that live in Anaga Rural Park, from the mountain peaks to the beach. Some of these plants include the aforementioned ferns and laurel forests at higher altitudes; junipers, dragon trees and palm trees along moderate heights; and Canary Island spurges or euphorbias—cardones (giant cacti) and tabaibas (flowering shrubs)—in lower regions.

Ornithology is another important aspect of this park, where birds such as Scopoli’s shearwaters, kestrels, owls, Laurel pigeons and Bolle’s pigeons coexist.

There is also a marine element to this Biosphere Reserve, which is home to species such as the chucho (common stingray), the Canary Island hake and the Mediterranean parrotfish. 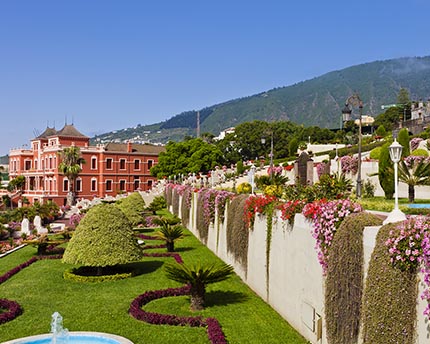 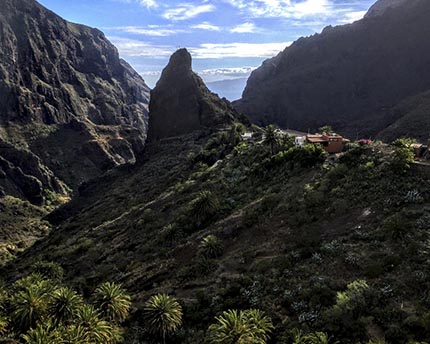