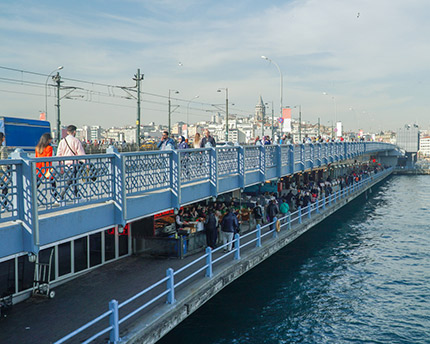 The geographical features of Istanbul (internal link) are the most special. One of these is the location of the Golden Horn (internal link), the estuary at the mouth of the Bosphorus which divides the city into two. This exceptional place makes a natural port which over time has provided shelter to Greeks, Byzantines and Ottomans. Leonardo da Vinci himself sketched a bridge which crossed the Golden Horn, although this was never built.

The bridges that cross the Golden Horn are essential for joining both areas. Among these, the Galata Bridge is perhaps the most mythical one in the city. It is far more than just a mere element of civil engineering. It represents a unique link between the old quarter of Istanbul and the modern part.

With the fall of Constantinople to the Ottoman Empire at the start of the fifteenth century, little by little Istanbul began to change. One of the most ambitious projects for modernising the city was to raise the structure of the first Galata Bridge in 1846. This was a mere wooden footbridge joining the main business districts of Eminönü and Karaköy.

The Karaköy neighbourhood, also known as Gálata, belonged to the district of Beyoglü. The Genovese and Venetians always settled on the European side of Istanbul, and this developed trade in this sector. In 1863, this first bridge was replaced by another one in the same place. It was built in an attempt to impress Napoleon when he visited the city, a place which he claimed “if the Earth were just one state, then Istanbul would be its capital”.

In 1912 the Galata Bridge gained part of its current appearance with a lower level packed with bars and cafés. It became a place of inspiration for romantic travellers. That is, people did not use it just for crossing from one side to the other. It was a melting pot of different cultures. 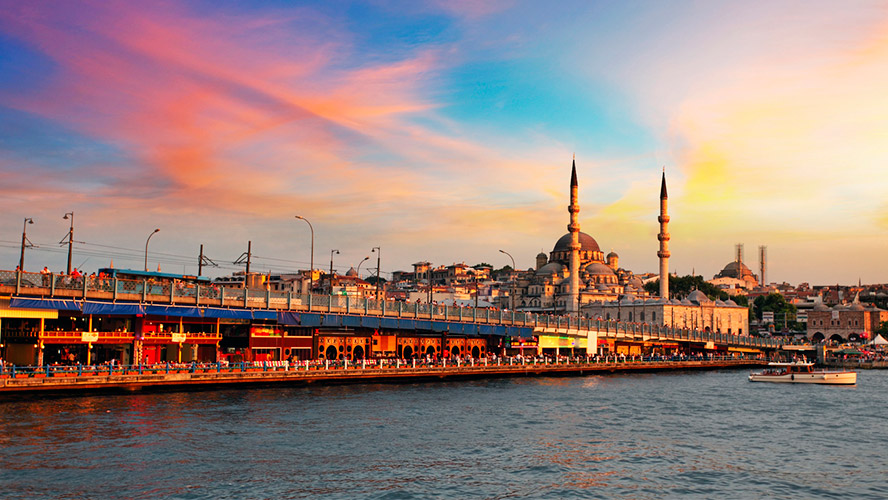 Throughout the twentieth century, the city kept on growing while the Galata Bridge remained unchanged as time passed. Its latest renovations happened in 1994, after it was damaged in a fire. Nowadays, despite being a construction which is not outstanding in terms of its style, this essential link symbolises the diversity of Istanbul.

The works which may be seen today are those which went ahead at the end of the twentieth century. Unlike other bridges which just act as a link, Galata is a small living city in its own right, spanning 490 metres with a section that can be raised to let ships pass.

It is an inhabitable bridge. Perhaps, the upper level may give you the wrong impression at first, since it has six lanes of cars, two for trams and a pavement either side. However, on approaching it, many people can be seen fishing in the dips of the bridge which make one of the most typical postcards of Istanbul. This image was immortalised more than once by the  photographer Ara Güler, one of the best known Turkish artists. 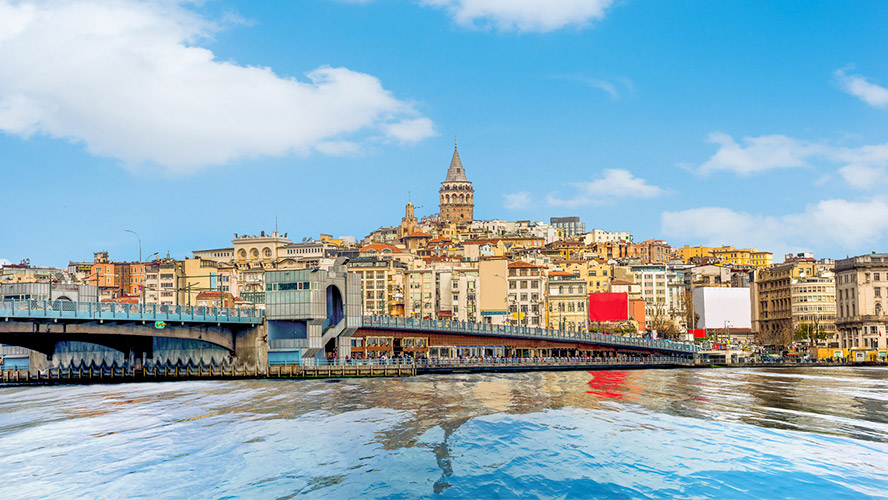 On the lower level of the Galata Bridge is where you can really find its true essence. Here, there is a second street with pavements packed with bars, cafés and restaurants. On this part one can walk at practically the same level as the water. Under the bridge, the frenetic rhythm of the ships and ferries entering the Golden Horn never stops.

While locals fish from the highest section, restaurants serve the freshest fish in the city on the lower part. The energy breathed on the Galata Bridge is contagious. It is quite an experience to leave the old quarter of Eminönü to then gain the hipster and contemporary feel of Karaköy. Don´t miss out on the chance to walk on one of the most crossed bridges in Istanbul, with incredible views of the Bosphorus and with a very special charm at sunset (internal link) or at night.

Other bridges in Istanbul

The geographical location of ‘the Pearl of the Bosphorus’ enables several bridges, apart from Galata, to cross it and join up both shores. The daily flux of millions of people is far more fluid due to the highly efficient bridges in Istanbul.

Istanbul, is also home to the Yavuz Sultan Selim Bridge, the highest suspension bridge in the world, the Golden Horn Metro, for public transport to cross and the Haliç Bridge, to mention a few.

What can you see close to the Galata Bridge

Having crossed the Galata Bridge, visiting its cafés and restaurants on a stroll enlivened by the atmospheric music you will reach the Karaköy neighbourhood, where there is a far more European feel. One of the gems in this area is the Galata Tower (internal link), around 600 metres from the bridge. It is one of the oldest towers in the world, built by the Genovese and affords some priceless views.

Also, close by is Istiklal Avenue (internal link), one of the best known in the city, full of boutiques, art galleries or clubs with live music, ideal for spending an entertaining evening. This avenue goes as far as the famous Taksim Square (internal link), the real heart of modern Istanbul. Get on one of the so called “nostalgic trams” and arrive at this appealing square to round off a day in the city. 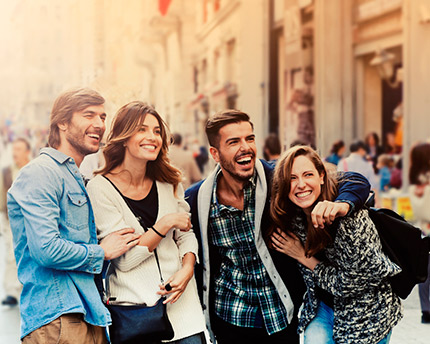 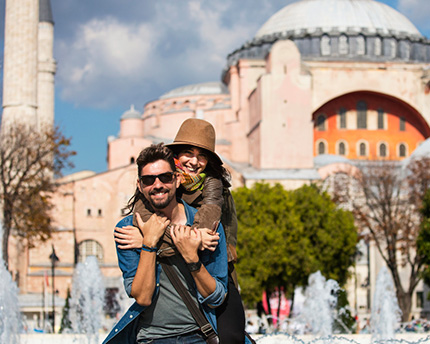 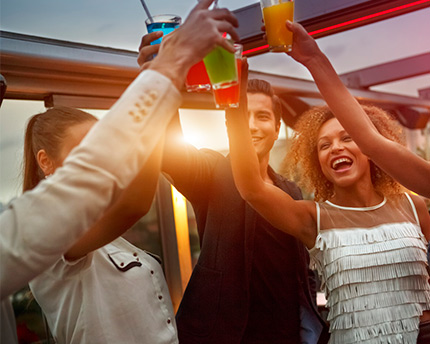 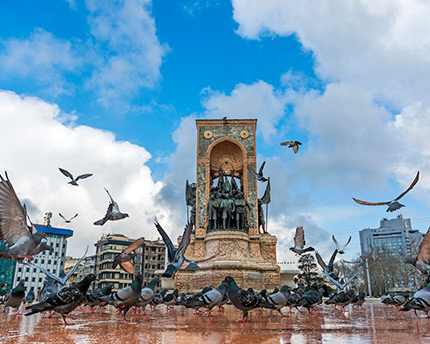