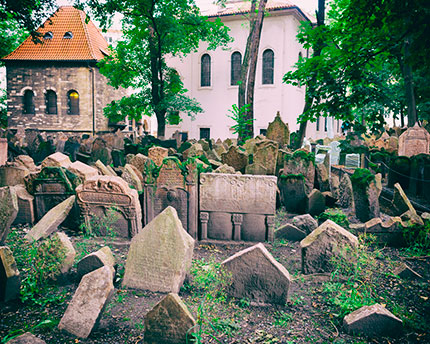 The history of Jewish settlements in Prague dates back to the tenth century and has been marked by sad episodes of persecution. Therefore, the Jewish quarter of the Czech capital, known as Josefov, is a tribute to a community that has had to face continuous exile and incomprehensible turmoil. In light of this, join us as we explore this important neighbourhood and discover the patrimonial and cultural heritage of the Jewish people.

We are heading along two of the large urban thoroughfares of the historical ghetto: Maiselova Street, where we find the tower of the former town hall, which boasts a clock with Hebrew numbers and arms that turn anticlockwise, and Pařižská Street, an elegant road dedicated to Paris and created in the late nineteenth century. The Jewish Museum spans most of Josefov and comprises the Old Jewish Cemetery and six of Prague’s main synagogues.

Perhaps the most visited museum in Prague (U Staré školy), it was founded in 1906 with the aim of documenting the history, traditions and customs of the Jewish community in the Czech Republic and preserving the artistic legacy of the city’s synagogues. In addition to its exhibited collection, the museum organises concerts and temporary displays with different Jewish themes.

But what exactly can be seen in Prague’s Jewish Museum, you ask? Well, the museum houses a collection composed of approximately 40,000 pieces, 100,000 books and an important documentary archive on Jewish communities. The collection offers an accurate picture of the life and history of the Jews in the Czech Republic and Moravia, from where the important pieces in its collection originate. The Nazis transferred items from the looting of Bohemian synagogues to Prague, to make them available to Nazi scholars who believed that the Jewish community had to be eradicated once and for all.

Prague’s Jewish Museum is spread out across several buildings, chiefly six synagogues, which are listed below:

Founded in the first half of the fifteenth century, the cemetery is home to 11,000 tombs layered on top of one another in an incredibly beautiful woody area. Symbols indicating the social status of the deceased can be seen on the tombstones: a pair of praying hands for priests, a jug and a bowl for their helpers, a pair of scissors for tailors, forceps for doctors, a harp for luthiers, a book for printers, etc. Meanwhile, on the ground you will find small pieces of paper weighed down with stones containing messages left by Jewish people for their loved ones. The cemetery is the place of rest of notable Jewish people, such as the rabbi Judah Löw, who died in 1609 and is connected with the legend of Golem, a figure made from clay who helped Jews defend themselves from persecution. 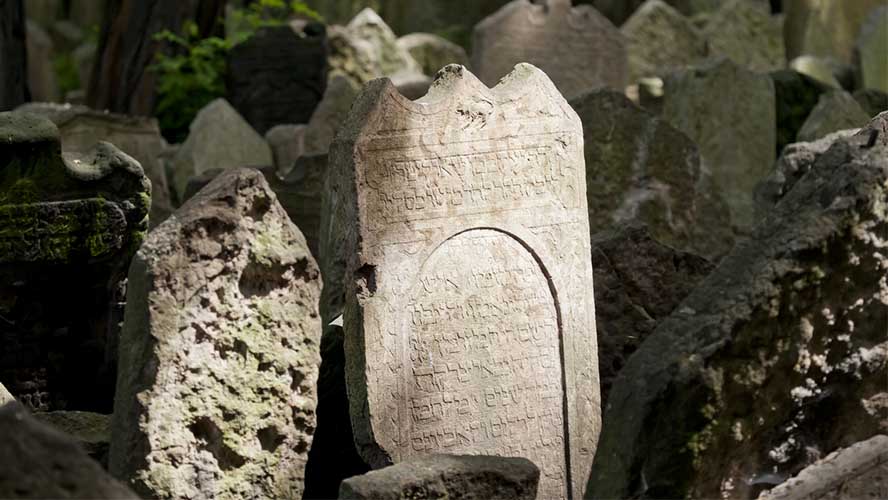 Tombs of the Jewish Cemetery in Prague 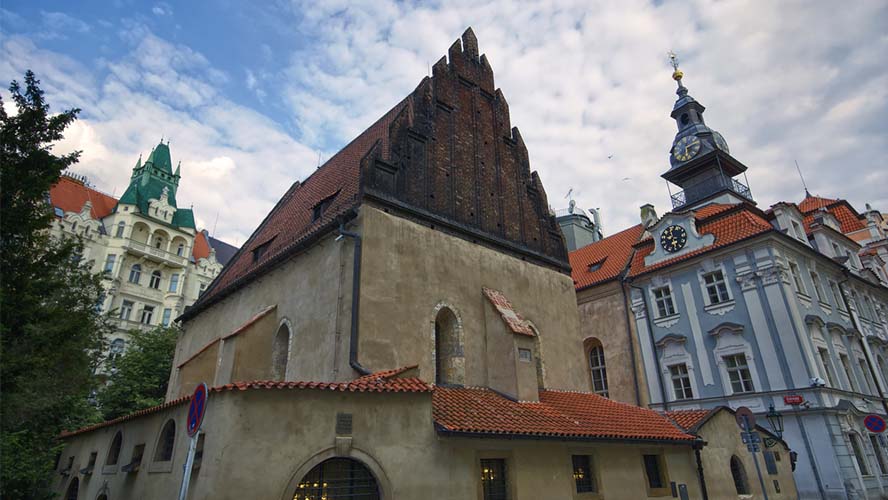 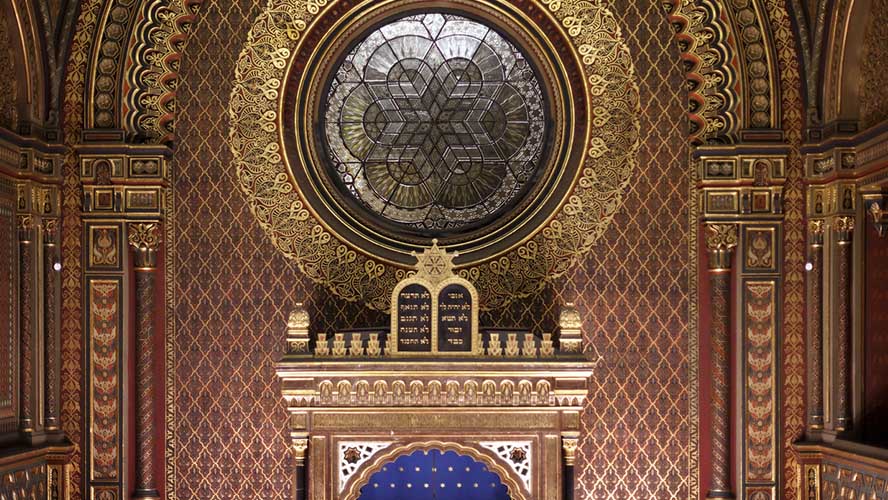 Interior of the Spanish Synagogue

In the twelfth century, Jews were allocated an area of 93,000 square metres in Prague, which they soon outgrew. As a result, the community had to seek out space, creating a type of labyrinth in which tiny wooden houses were stacked up on top of one another with just one green space: the cemetery. For many centuries, Jews couldn’t leave the area without wearing a yellow cap or some kind of badge to identify them. 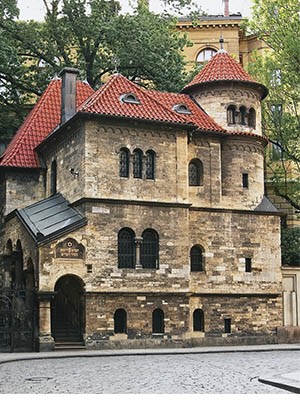 Czech Jews have been subjected to successive slaughters throughout the history of the republic, episodes that usually culminated with fires. There is evidence of such occurrences in 1338, 1516 and 1754… Until, finally, in 1850 the so-called Hebrew City officially became part of Prague. As a result it became the Fifth Neighbourhood, or Josefov, in tribute to Emperor Joseph II, who was the first to help lessen discrimination against Jews.

In the early nineteenth century, the neighbourhood, which is situated very close to St Agnes Monastery, underwent large-scale redevelopment and many of the old buildings were demolished. They were replaced with rows of Art Nouveau-style blocks, and the walls were exchanged for wire fences. It was at this point that many Jewish families were able to leave Josefov. In fact, Franz Kafka, who has a statue in Prague’s Jewish Quarter, left and joined the royal imperial administration. Inside the ghetto only the poorest and most orthodox Jews remained.

The most appalling chapter in the lives of Czech Jews took place between 1939 and 1945, during the Second World War, when Nazis assassinated and gassed the Jewish community.

As a result, Prague’s Josefov neighbourhood, one of the largest Jewish communities in Europe, lives steeped in memories of the past. It is home to artistic treasures and synagogues that are not always in plain view of the general public.

How to get to the Josefov neighborhood by transport?

By Metro. Get off at Staroměstská station (line A).
By bus. Routes 194 and 207 stop in various places throughout the Jewish Quarter.
By tram. Get off at Právnická fakulta stop on lines 17 and 93.

Which is the best way to visit the Josefov synagogues and cemetery?

Tickets for the Jewish Museum can be bought in Josefov, on Maiselova Street 38/15. There are various options depending on which parts of the museum you would like to visit. Remember that if you have a Prague Card, you can enter all the synagogues for free, except the Old New Synagogue.

What are the visiting hours of the Jewish Museum in Prague and its spaces?