Typical Milanese cuisine — a compendium of all Italy 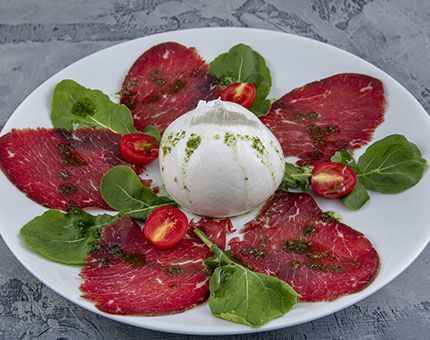 Milan’s typical cuisine is largely based on the cuisine of other regions of Italy. This is logical when we consider the economic importance of the city and the way in which its business relationship with the rest of this transalpine country has developed.

From the mid nineteenth century (and even more so during the twentieth century), immigrants arrived here from the most remote corners of Italy. People who brought with them their traditions, their culture and, of course, the best of their culinary traditions.

The result is that, although we are in northern Italy, Milan is nevertheless a good place to eat a Neapolitan-style pizza, some Sicilian arancini (a kind of rice croquette), or a juicy bistecca alla Fiorentina.

It is also important to remember that Milan is the capital of Lombardy, and therefore influenced by its alpine setting. In practice, this means that typical Milanese cooking is also based on Montanaro ingredients, with particular emphasis on cheese. These are accompanied by polenta, the famous cereal-based ‘mush’ which is the northern alternative to the pasta favoured by central and southern Italy, lardo (cured bacon) and beef, prepared in a wide variety of ways, along with many other ingredients.

Below, we describe a few of the most well-known, typical Milanese dishes.

As a representative of typical Milanese cooking, carpaccio requires little explanation. Almost everyone knows this raw beef dish, which tastes best when sirloin is used. In fact, we could say that of all Italy’s first courses, carpaccio is the most popular dish in a good number of restaurants.

The key to its soft, easily digestible texture and its flavour so characteristic of quality meat lies in choosing the finest cuts from the cow, stag or calf. The meat must be frozen and then sliced as thinly as possible. This is best done with a meat slicing machine.

The dish is accompanied by fine chips of strongly-flavoured cheese (such as Parmesan), sprinkled with extra-virgin olive oil, and scattered with rocket leaves. The rocket provides an interesting, bitter counterpoint to the sweetness and umami (characteristic of wild mushrooms) of the meat. 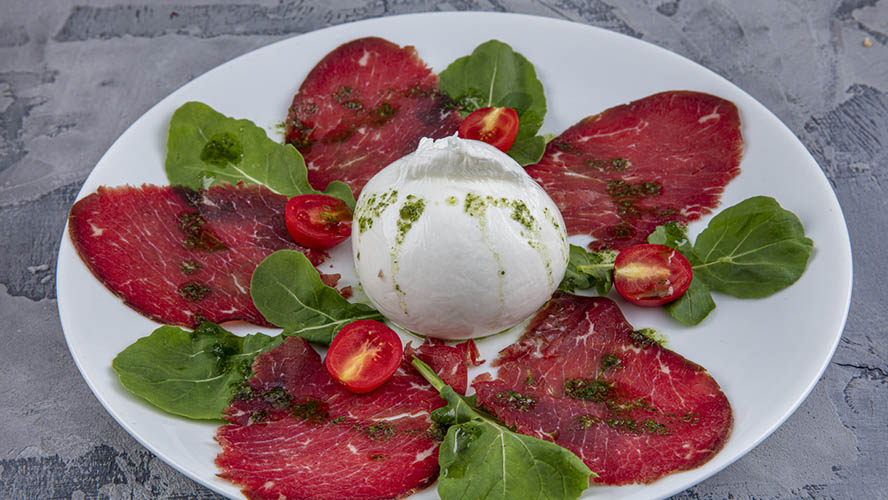 The name of this typical Milanese dish could be translated as ‘tuna-flavoured veal’. And that is exactly what the dish consists of: beef cooked with vegetables, and then filleted and sprinkled with a sauce made with tuna, anchovies and the broth that the beef was cooked in.

It is a good example of the cuisine of not only Milan, but also of many other parts of Italy. Many people, however, believe it originated in Piedmont, and it is closely related to zero-waste cooking. This means re-using the leftovers from previous meals, or using whatever is in the pantry to make a different dish. Hence the eclectic nature of the sauce which, nevertheless, is genuinely succulent. 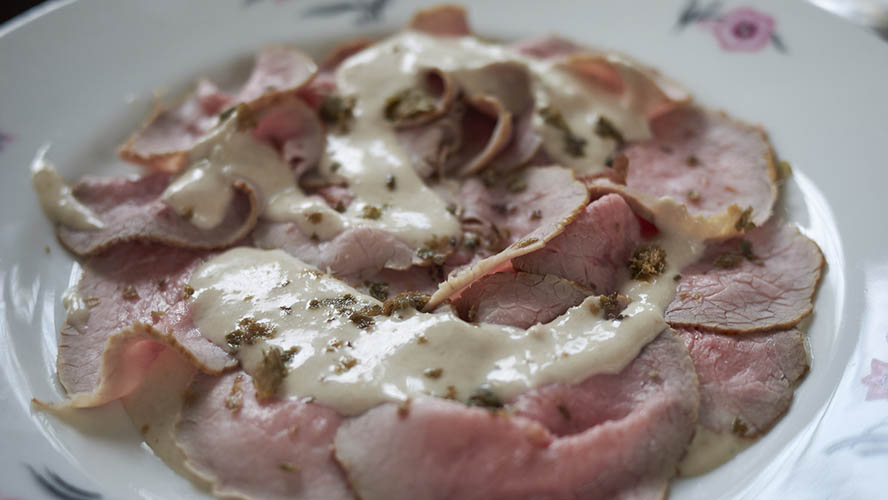 Cotoletta alla milanese is known in English as Veal Milanese. It is a veal fillet that has been pounded flat, coated in egg and breadcrumbs, and then fried in very hot oil.

The temperature of the oil (around 180° C) is important to ensure that the batter is golden and crunchy, and that the meat is cooked but not dried out. This dish has its counterpart in typical Viennese cooking, with the no less delicious schnitzel.

There is also a version of this typical Milanese dish that is made with pork; the result is obviously juicier, but also more greasy. In some Milanese homes, the cotoletta is fried in butter, instead of olive oil.

It is generally accompanied by a generous serving of risotto, although in many Milan restaurants (link to URL on Where to eat in Milan) and homes, it also arrives at the table accompanied by diced potato chips.

In typical Milanese cooking, polenta is not so much a dish as the staple food that has fed many generations of northern Italians. The concept is as simple as it is laborious: a mush based on maize flour, which requires cooking for a long time whilst being continually stirred, to prevent it sticking to the bottom of the pot. The result is a quite substantial ingredient.

Polenta can be sliced, and served as an accompaniment (much like bread in Europe or rice in Asia) to other ingredients, such as meat fillets, stews, salumi (cold meats) and cheese.

Although polenta is most commonly made from maize flour, there are also versions based on white wheat flour, buckwheat, or other cereals. 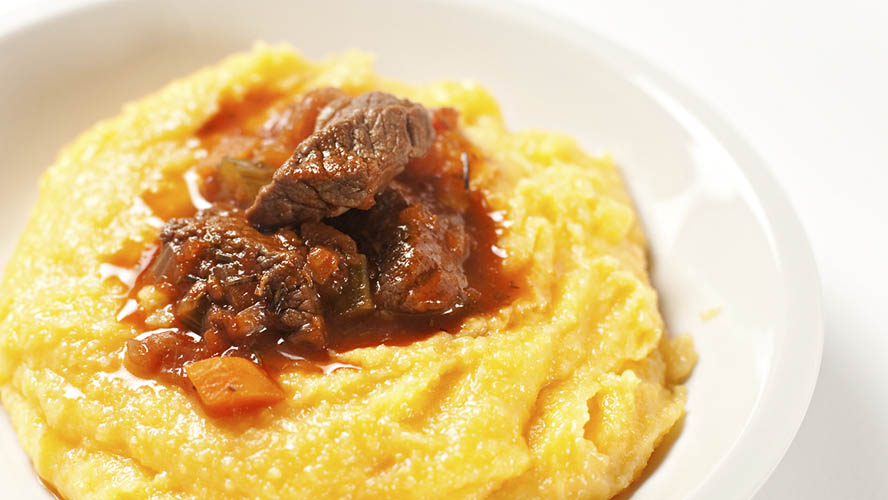 No visitor should leave the city without having tried at least one of the following typical Milanese dishes: 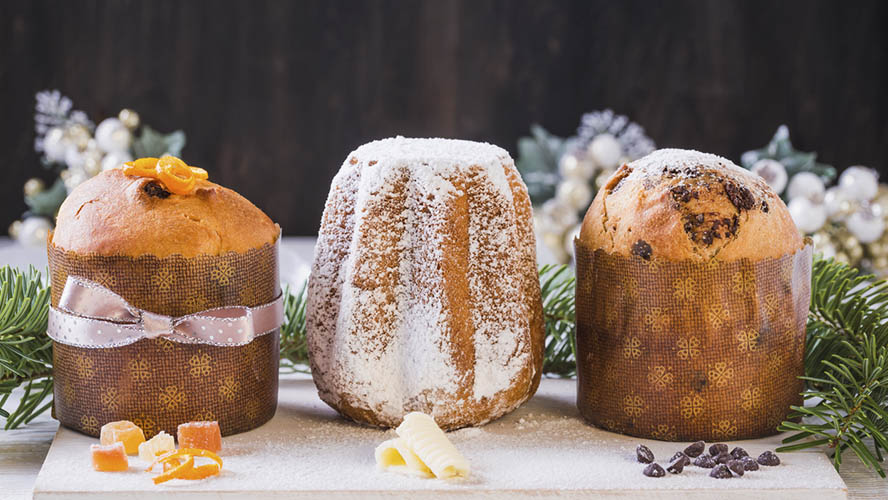 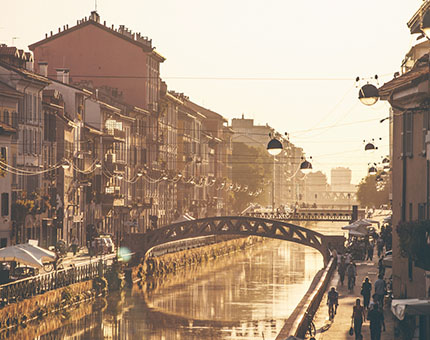 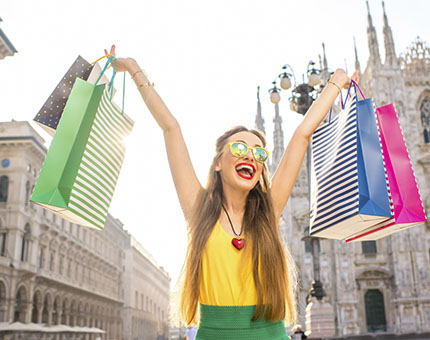 Shopping in Milan — discover the best places to go shopping 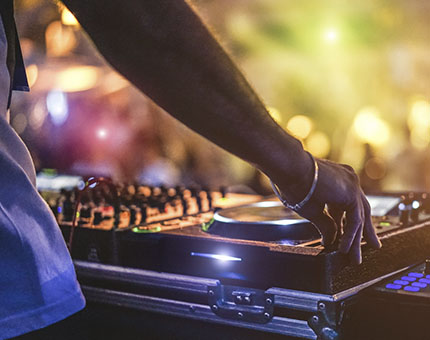 Where to party in Milan, an aperitif and fun guaranteed 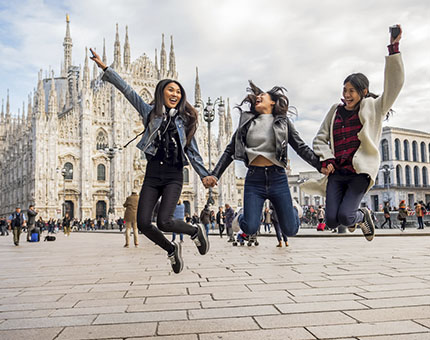 Milan with friends — a few days of football, glamour, and fashion