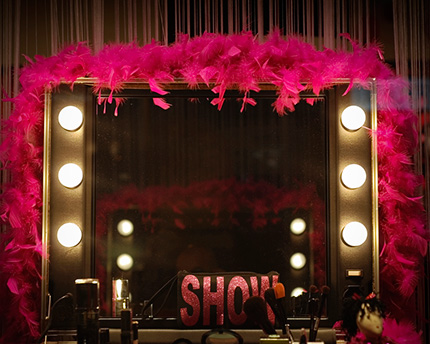 The fact that over four million tourists visit Benidorm every year is no coincidence. With over 140 hotels, the city in Alicante province, which epitomises a particular way of understanding tourism, reinvents itself each year to offer visitors what they want beyond sun, sea and sand. We are of course talking about entertainment, and without a doubt one of the city’s biggest draws is its shows.

Leisure and entertainment are the hallmarks of the city, which has something out there for everyone. Whether you’re a retiree who enjoys the area’s mild winters and wants to see variety shows, a foreign visitor who prefers listening to contemporary music at summer festivals, or a family after magic shows, there is something for everyone and every budget.

Below are some of the best options for enjoying the best shows in Benidorm.

Having been for decades one of the most popular features of the night-time entertainment of the ‘Mediterranean Manhattan’, we cannot forget María Jesús and her accordion. For more than 50 years, since the tender age of 11, the Valencia-born artist has been treading the boards of Benidorm’s many stages.

However, in 2019 she announced she would stop performing at her club Rincón de María Jesús y su acordeón, where day after day she enlivened her audiences’ evenings with her songs, especially the famous melody of ‘El baile de los pajaritos’ (Dance Little Bird). However, although she won’t be retiring completely from music, the artist will no longer be performing, at least regularly and in a fixed place in Benidorm.

Since 1977, another classic entertainment venue in the city has been Benidorm Palace (Avenida Dr. Severo Ochoa, 13). This huge complex, with capacity for an audience of almost 1,700, offers cabaret, dance, music, comedy and countless other types of shows. It’s also used for conferences, theatre productions, charity galas and even sporting competitions.

The legendary venue has hosted the Miss Spain contest and international names such as Alejandro Sanz, Julio Iglesias, Lola Flores and the mythical ballet dancer Rudolf Nureyev have even performed on its stage.

Open all year round, on Tuesdays, Thursdays, Fridays and Saturdays, as well as for special galas, Benidorm Palace offers three types of ticket: admission to the show with a drink included; admission plus the Gran Palace set menu; and admission together with the Gran Palace Plus set menu. It’s up to you to choose how far you want to go.

Benidorm Circus: circus and magic for all ages

Situated pretty much next to Benidorm Palace is this elegant show, which follows in the marvellous footsteps of the Circo del Sol. On weekends, Benidorm Circus (Avenida Dr. Severo Ochoa, 13) offers two hours of shows replete with magic, clowns, juggling, aerial dance and a whole host of original, top-quality performances.

All the shows are updated on a regular basis so visitors never get bored. The circus does not use animals and instead offers modern shows combining elements used by street musicians and artists, as well as live rock, opera and traditional ballet concerts, featuring their own live music.

Benidorm Circus opens in the summer and offers one weekly performance on Saturdays at 6 p.m.

Medieval Challenge – Moors and Christians: a dinner steeped in history and excitement

Between Benidorm and the town of Alfaz del Pi, in the medieval complex of Magic Excalibur (Exit 65 on the AP7), a very special type of show can be seen: a journey through time that takes audience members back to the eastern region of Spain in medieval times to witness the battle between Moors and Christians, which left a profound mark on the region’s history.

The show lasts an hour and a half and includes a medieval-style dinner and drink. While you eat you can marvel at incredible medieval jousts and tournaments replete with horses, armoured knights and threatening swords and spears, a spectacle made all the more enjoyable by the entertainer’s fun commentary.

Levi’s Showboat: a fun cabaret for the biggest revellers

Situated at number 7 on Avenida Dr. Severo Ochoa in Benidorm, Levi’s Showboat is one of the most famous cabarets with the most pedigree in the city. With a distinct British character, it offers a fun show with bags of humour and magic. The night is livened up by Stella Artois, a local star who plays with double entendres, lewdness and irony in equal parts.

The establishment offers an all-inclusive package so you can enjoy a dinner show everyday. An entertaining way to explore Benidorm’s nightlife, where it’s not unusual to see famous stars performing to the delight of audiences.

Another night-time entertainment venue with live music and shows is Cafè Benidorm (Lepanto, 18). One of its main draws is its late (or early, depending on how you look at it) closing time. While most bars and pubs in Benidorm close at three in the morning, Cafè Benidorm stays open until seven in the morning.

One of the most famous night-time show venues in Benidorm is without a doubt Sinatra’s Disco Pub (Torre Domo building, on Calle Mallorca). It opens until five in the morning and boasts performances from Neil St John, known locally as ‘the voice of Benidorm’ due to his distinctive timbre, which captivates audiences, and live Sister Act, Tom Jones and the Blues Brothers tribute performances.

This is just a brief rundown of some of the most famous venues in Benidorm where you can enjoy the show. However, in such a tourist-oriented city as Benidorm, it’s not hard to stumble across artistic performances whatever corner of the city you’re in. The city itself holds auditions for aspiring buskers seeking to entertain tourists on their walks through the city with their creative performances. And the selection process is tougher than you would think…

To plan your visit to any of Benidorm’s live show venues, we recommend visiting the website of the Tourist Office of Benidorm City Council. 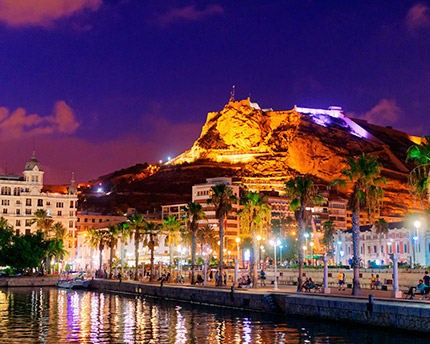 A romantic break in Alicante: fall in love with these plans 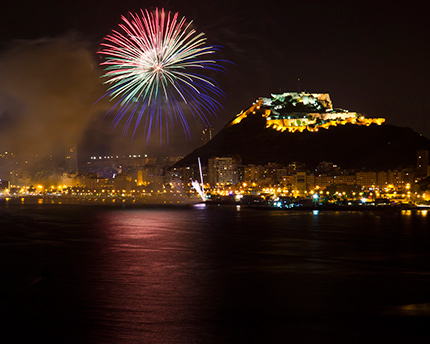 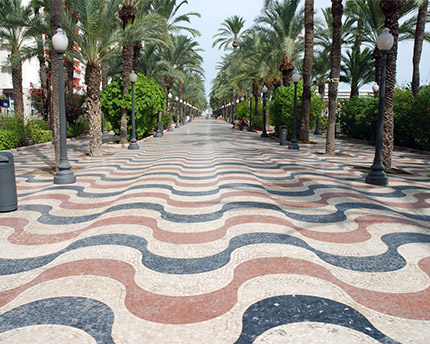