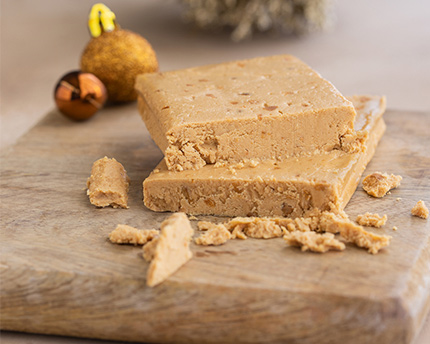 Thanks to both its industry and its traditions, Alicante is one of the provinces of Spain where you won’t have any problems picking up typical products, whether they’re presents to give to your loved ones from your holidays on the Costa Blanca or keepsakes so you can remember your time spent in this welcoming region.

Whether you’re looking for gastronomic delicacies, fashion, something for children or a cultural gift, the province of Alicante boasts something for you. Read on to find out about everything the region has to offer in terms of gifts and souvenirs.

If there’s one thing that is unmistakeably alicantino, it is turrón, a traditional dessert made from almonds and honey with Moorish origins. The turrón industry has its main operational base in the town of Jijona, which has Protected Denomination of Origin. 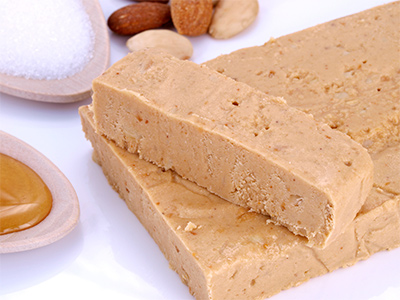 The Turrón de Jijona is a national tradition

Although it is the quintessential Christmas sweet treat, turrón is increasingly eaten out of season. And what’s more, you don’t need to travel to Jijona and its surrounding are to get good turrón, since all confectioners in the province proudly sell the delicious delicacy. However, if you do go out of your way to travel to Jijona, we recommend paying a visit to some of the turrón factories to learn first-hand about how it is made.

The town of Villajoyosa is to chocolate what Jijona is to turrón, since one of the most important chocolate factories in Spain is situated in the town. Villajoyosa’s chocolate-making tradition dates back to the seventeenth century when its port became one of the main places at which cocoa from Venezuela and Ecuador was offloaded. However, it wasn’t until the nineteenth century when the tradition became a competitive industrial activity.

However, like with turrón de Jijona, you don’t need to go all the way to the town, which is nevertheless popular among tourists, to buy good chocolate in the local area. Yet, if you do happen to be close, we recommend visiting the excellent Valor Chocolate Museum to see it being made for yourself.

Souvenirs from Alicante, Benidorm and other cities 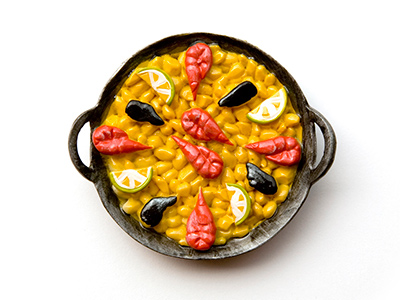 An example of a paellero magnet

Paella valenciana is undoubtedly the number one gastronomic symbol of the region of Valencia. However, ever since the dish became popular, there has been some contention as to where the dish actually originates, with both the province of Valencia and Alicante staking their claims. Be that as it may, the truth is that paella alicantina does have its own different cooking method.

Those who want a delicious keepsake from their time in the region can pick up a fun paella magnet from any of the souvenir shops in the towns along the Costa Blanca.

In addition to being a lovely city and an important industrial hub for the province, Elche was once an influential cultural and social centre for pre-Roman Spain, the focal point of the so-called Iberian culture. The discovery on La Alcudia hill in 1897 of the carved bust of a woman with an unusual headdress transformed the area into one of the main archaeological sites for Spain’s Bronze Age.

The discovery’s importance saw French archaeologists quickly mobilise, immediately purchasing the sculpture from the owner of the land on which it was found. For over 40 years, the Lady of Elche, as she was named, was one of the most important pieces exhibited at the Louvre. A diplomatic process with Vichy France – which was passionate in its patriotic sentiment – ensured that the Franco regime was able to bring the piece, which had become a symbol of ‘Spanishness’, back to the country.

Since then, the Lady of Elche has been displayed at the Museo del Prado and in the National Archaeology Museum. Today the sculpture dating from the fifth century BC continues to be one of the most mysterious pieces of historical Spanish art. As you would expect, the people of Elche are proud to have had such a distinguished resident for over more than a century and it’s not unusual to find copies of the unique figure in the region’s souvenir shops.

Poems by Miguel Hernández in Orihuela

Miguel Hernández was one of the greatest Spanish poets of the nineteenth century. Born in the town of Orihuela, it was there that he developed much of his literary work. With strong political and ideological convictions he fought in the Spanish Civil War for the Republicans. In the wake of the bloody conflict he was imprisoned, where he died of tuberculosis at just 31 years of age.

From then on he became a symbol of the anti-fascist struggle and his poems were used as lyrics for some of the most famous singer-songwriters of the sixties and seventies. These days, it’s impossible to explore Orihuela without remembering Miguel Hernández. And what could be a better souvenir than picking up one of his books of poems in the city in which he was born?

Footwear is one of the main industries in Alicante and at the heart of it is the town of Elda, which is responsible for manufacturing shoes for Spain’s biggest shoes brands. In fact, around 60% of the families in Elda work in the shoe-making business.

As you might expect, the town boasts an authentic shoe route, with outlet shops and even a museum for tourists looking to take a good pair of shoes home with them.

The Valley of the Toys

Another one of the main industries in the province is toy making. The most important factories are situated in the north-eastern region of Alicante known as Foia de Castalla, otherwise dubbed the Valley of the Toys. The region is made up of the towns of Ibi, Onil, Castalla, Tibi and Biar. Ibi is home to the Injusa factory and even has its own Toy Museum, whilst Onil is the base of the Famosa factory and a Doll Museum. The area is a perfect place to pick up a great gift for children.

In the interior of the province, close to Elche, is Crevillent, or ‘rug city’. The town’s rug-making tradition dates back to Roman times and experienced a period of great splendour during Moorish medieval Spain.

These days, the design and quality of Crevillent rugs is appreciated all over the world and they make a great gift that your loved ones won’t be able to resist. 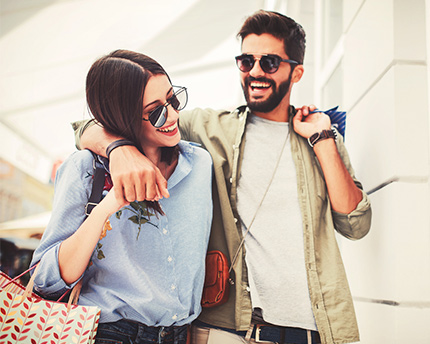 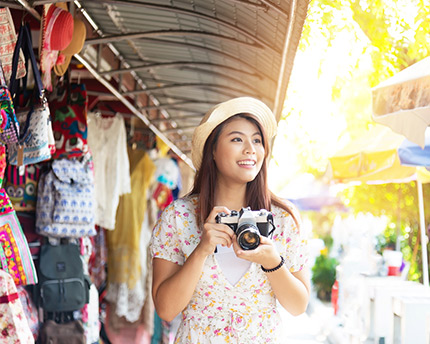 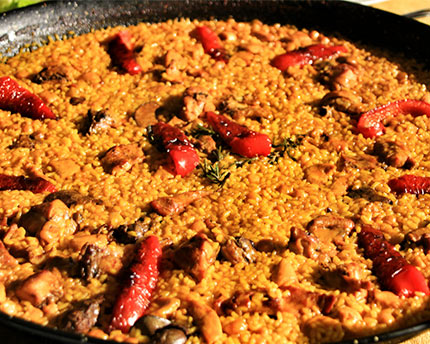 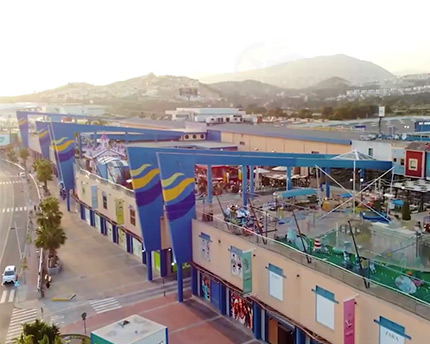