The drums of Benirrás, a hippy party at sundown 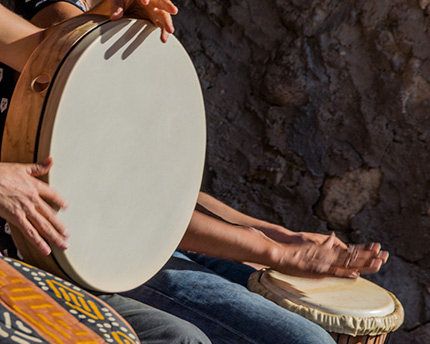 Benirrás beach (or Benirràs, in Catalan) is just ten minutes by car from the village of San Miguel. On an island brimming with charming coves you could be forgiven for thinking it was yet another. The cove has become very popular, however, due to an event that has nothing to do with its natural beauty, the hippy drum party. Every Sunday, in the summer months, visitors come from all over the island to enjoy this popular gathering which celebrates sundown.

The beach, known for its spectacular sunsets, is proof of the Balearic island’s deep connection with hippy culture. On an international level, Ibiza is associated with San Francisco, Amsterdam and Goa, places that over time have come to symbolise the quest for freer, more pacific and more supportive societies. The Benirrás drums party, which goes hand in hand with visits to beach bars and hippy markets, is usually the culmination of a pleasant day at the beach or an excursion in the north of the island.

The drums of Benirrás: the soundtrack to sunset in Ibiza

Benirrás is a small cove, situated between the villages of Sant Miquel and Sant Joan (or San Juan Bautista), in the north of the island. Its impressive sunsets, which permeate the ocean and sky with beautiful tones, are more than enough reason to visit the beach. Its appeal increases thanks to the hippy drum party, which has made it into one of the island’s most evocative places.

A couple of hours before sundown the repetitive beats and improvisations of the popular percussion instruments begin to sound. As the evening draws in, more and more people begin to gather in addition to the kettledrums, bongos and cymbals. The effect is immensely energising.  People watch the spectacle with rapt attention or get up to dance to the sound of the music.

The origins of the drums of Benirrás

The event began as a spontaneous gathering among bohemian folk, who were attracted to the beach due to the light that shines in from the sea. Over time it has become a regular event for both visitors and locals who enjoy and participate in the ritual. The beach’s tranquil atmosphere is interrupted on Sundays in the summer season. In winter, however, if the sun is out, it is also possible to find groups of drummers. 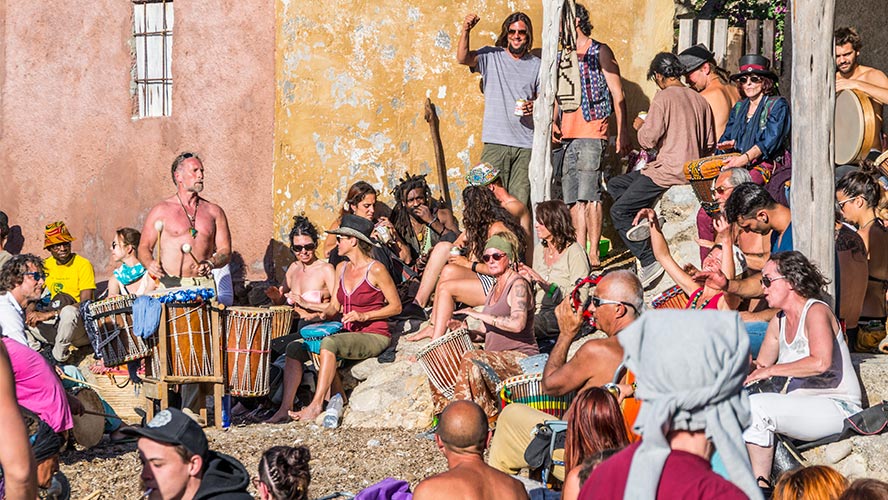 Experiencing the cheer and symbolism of the gathering is well worth the effort, although you should bear in mind that it is increasingly overcrowded (especially in July and August), so it is best to head there with enough time and spend the whole day there. That way you can enjoy the setting and avoid the busiest moments and any parking problems.

The sunset drums are usually accompanied by a tour of the hippy market, which boasts stalls selling clothes, jewellery and food. Few visitors can resist picking up a memento from their time at the drum party. You will find handcrafted items including bracelets, anklets and other products made by the island’s very own hippies. Fire juggling and other pastimes are also organised to liven up the festivities. Many people stay to spend the evening at the cove, under the stars, enjoying the relaxed atmosphere.

The celebration is in keeping with the sun worshipping that is so typical of hippy culture, crossed with the spiritual movements of the East and heavy Buddhist influence. The hippy population (‘peluts’ as they were called by local farmers) has existed side by side with local people for many years, endowing the island with a positive, healthy and rebellious image, which has attracted tourists from all over the world. In the 1960s many young Europeans and Americans who were against the Vietnam War began to arrive in Ibiza, attracted by its pacifist spirit and love of nature. Prior to this, the tranquil island had been discovered by Spaniards and Europeans fleeing from the harsh post-war period in the wake of the Second World War and the Spanish Civil War.

Ibiza, much like the neighbouring Formentera, has made a name for itself all over the world as an essential place on the pilgrimage route of this mythical counter-culture movement, alongside other places such as San Francisco, Amsterdam and Goa, in India. Although much has changed since the 1960s the hippy legacy lives on in the island’s current focus on environmentalism.

The Sunday drums are often what attracts people to this beautiful corner of Ibiza. On other occasions visitors exploring the area are lucky enough to come across this special musical gathering. Whatever the case, visiting Benirás is well worth the effort.

The cove is situated in the municipality of Sant Joan de Labritja and is a family-friendly beach with very gentle water. Surrounded by Mediterranean forest and rocky hills which shelter it, the cove also serves as a natural harbour for the boats that visit the area. Benirrás boasts various restaurants and a beach bar, as well as services for hiring sun loungers, parasols and pedalos. The beach is sandy both inside and outside the water, although there are some rocky stretches. 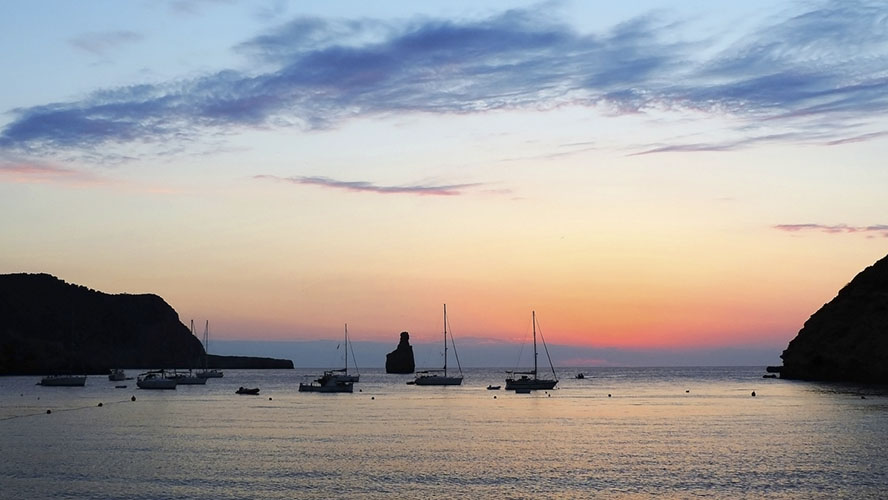 Views of the islet of Es Cap Bernat

The islet of Es Cap Bernat, with its unusual formation, can be seen in all its splendour from Benirrás and is one of the island’s most photographed images. During sunset, its jagged silhouette out on the horizon is a spectacular sight to behold. And, with the tribal rhythms of the drums in the background, the experience will be etched in your memory forever more.

Benirrás is just ten minutes from Sant Miquel de Balansat (San Miguel, in Spanish), which comes highly recommended. The village, situated on the steepest stretch of coastline in the north of the island, is known for its fortress church, built between the fourteenth and eighteenth centuries. Another popular place to visit is Can Marça cave *internal link, a former hideout used by smugglers. The village boasts some excellent restaurants where you can sample fresh fish and seafood.

How to get to Benirrás by car?

If you leave from San Miguel you only have to follow the signs. The beach has two free parking lots, with capacity for 400 cars, which are insufficient during the days of celebration of the festival of the drums.

How to get to Benirrás by bus?

On Sundays there is a special bus service that connects with the beach every 15 minutes, from the parking lot of Sa Plana, near Can Coroner, which is about 6km from Benirrás. There is also a regular bus service departing from San Antonio, Ibiza town and Santa Eulalia.

How to get to Benirrás by boat?

The beach can also be reached by boat. Aquabus offers excursions, on Sundays from San Antonio, San Miguel or Portinatx, to see the sunset in Benirrás. 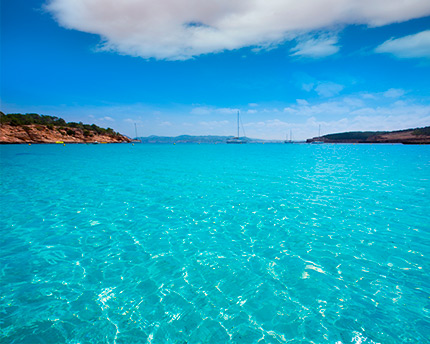 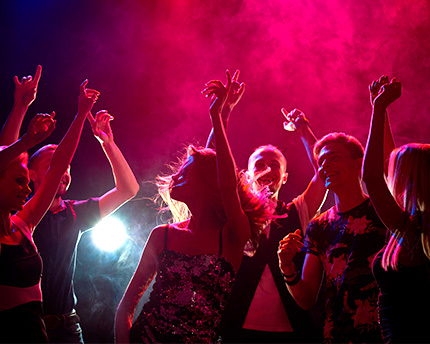 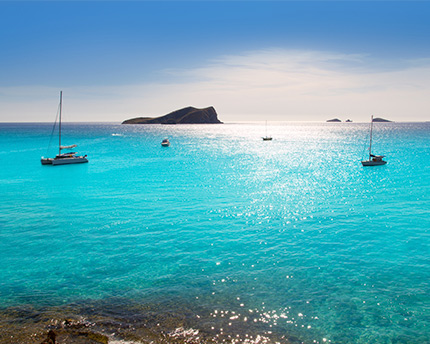