The best beaches in Ibiza, all incredibly beautiful 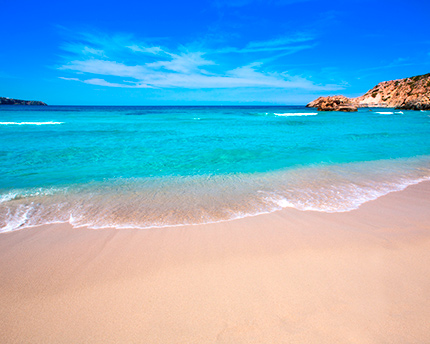 Choosing the best beaches in Ibiza from among the almost 200 on the island is no easy task. Above all, because there are beaches of all kinds (sandy, rocky, long or small, easily accessible by car and on foot or those you can only reach by boat).

Therefore, the most secluded and paradisical coves during the winter can be transformed during the summer into genuine non-stop parties, with the presence of some of the most important DJs on the international scene.

Cala Tarida is one of the best beaches in Ibiza for families, as it has all kinds of amenities, is quite wide (about 900 metres long and 25 metres wide) and is easily accessible by car.

It’s also sufficiently protected by the surrounding hills so that the waves don’t reach the shore too much. Cala Tarida is about ten minutes by road from the town of San José.

The small Cala d´Hort (barely 150 metres long and 20 metres wide) is included in the chapter of the best beaches in Ibiza because it’s undoubtedly one of the most charming. This is also one of the most scenic coves, as from here you have a perfect view of the islet of Es Vedra. 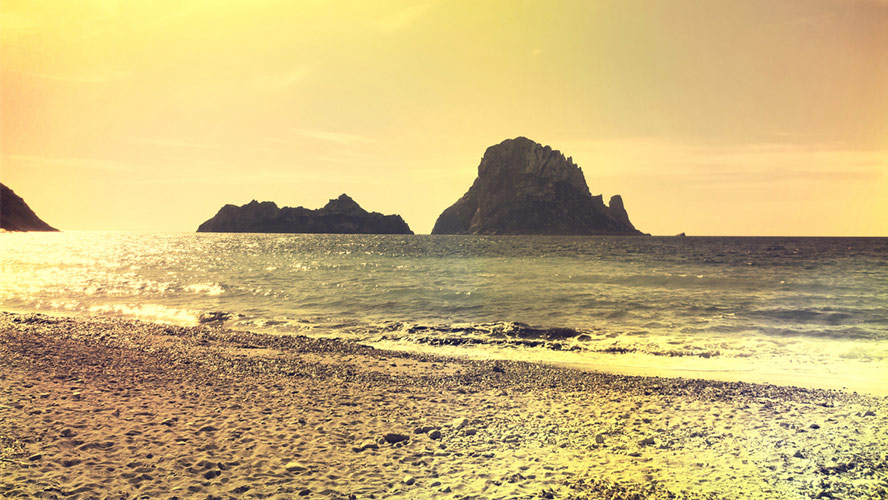 Outside high season, this place is truly magical, completely surrounded by pine trees and with that intense blue of the Mediterranean Sea that has made so many artists fall in love with it. Especially during the summer sunsets.

Its sandy area of 300 metres long and 30 metres wide are equipped with all kinds of facilities (beach bars, restaurants, showers, toilets, lifeguards, access for those with disabilities, etc.). And in summer it has a fantastic family atmosphere.

With a resort-like concept, Cala Vadella is surrounded by accommodation of all kinds, restaurants, shops, and supermarkets. All in a small bay with a stretch of sand barely 275 metres long.

So it’s easy to imagine that in summer there are a lot of people on the beach. Outside that season, it’s just one more of the many charming spots that are scattered along the west coast of the island. 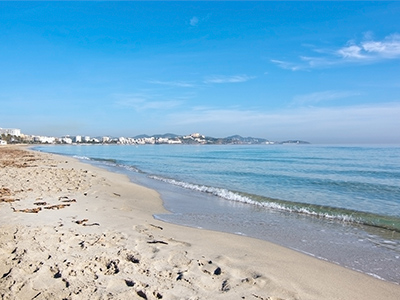 This isn’t only one of the best beaches in Ibiza, it’s also one of the longest, with almost three kilometres of fine white sand. It’s also just a stone’s throw from the capital, Ibiza.

At night it transforms into a haven for fun, as here you’ll find some of the macro clubs that put Ibiza on the map of the best places in the world to dance until dawn and even later.

Cala Conta is part of the coastal complex of the Comte Beaches or Platges de Comte, on the west coast of the island, and is on the list of the best beaches in Ibiza, mainly because of its scenery.

Its 600-metre long and 30-metre wide stretch is a real delight, in which the fine sands and the transparency of the sea play a key role.

About ten minutes by car from the capital of Ibiza or from Santa Eulària, Cala Llonga borders the bay of the same name, which is about 180 metres long and 100 metres wide. Surrounding it is a tourist complex with all kinds of amenities.

The Las Salinas (or Ses Salines) beach is not only one of the best beaches in Ibiza, but also one of the most spectacular in the Mediterranean. Above all, because of the magnificent protected natural area that surrounds it and of which it also forms part. 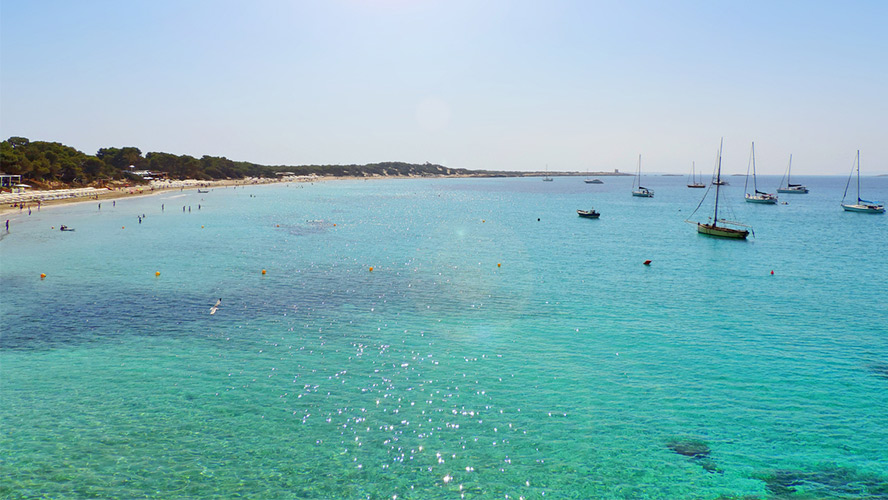 Sa Caleta, very close to Platja d’en Bossa, is accessible only by a dirt road and is also known as the beach of Es Bol Nou. It’s located in one of the most beautiful natural settings in the south of the island and is about 100 metres long and ten metres wide.

This is one of the most popular coves in the municipality of Sant Antoni de Portmany, in a spectacular area with cliffs and pine groves. The restaurant in Cala Salada is ideal for trying typical Ibiza food.

Clear, warm waters in summer with the distinguishing feature of being one of the few pebble beaches in Ibiza. Even so, it attracts a lot of swimmers, many of whom arrive in pleasure boats. 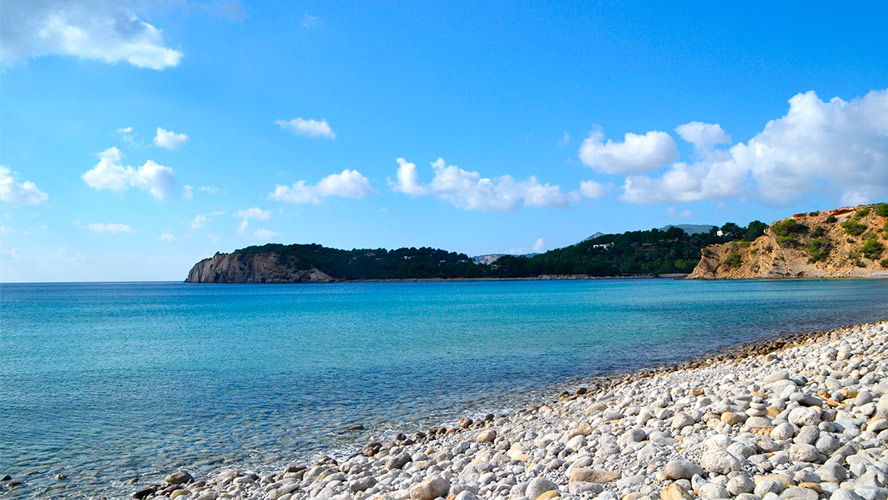 This is one of the smallest coves on the island, measuring barely 25 metres long and about 30 metres wide. Nevertheless, it’s one of the best beaches on Ibiza due to its unquestionable natural charm and its landscape, with isla Conejera in the background. It’s just about one kilometre from San Antonio (Sant Antoni de Portmany).

The 160 metres of fine sand of Benirrás beach, framed by the natural beauty of an authentic Mediterranean forest, make it one of the most popular beaches in Ibiza.

It’s also well known because on Sunday afternoons, when the weather is good, a hippie party takes place here, where the drums play a leading role. 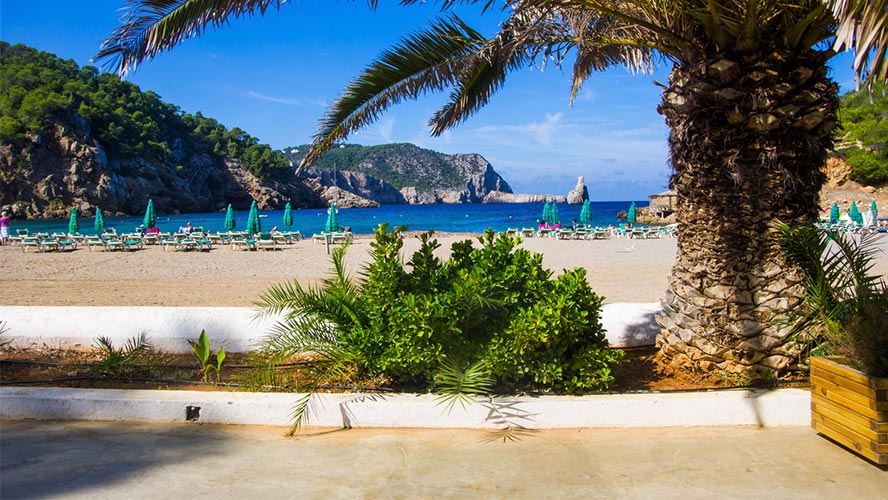 Next to Las Salinas beach, Es Cavallet is a real mecca for nudism (due to its size, beauty, and easy access). Also, for the LGTBI community, especially around the Chiringay beach bar.

Portinatx is one of the main tourist centres in the north of Ibiza that has a lively nightlife. As for the beach as such, it’s only about 30 metres long and 50 metres wide, made up of pleasant sand.

It’s flanked by cliffs at the end of a scenic bay. 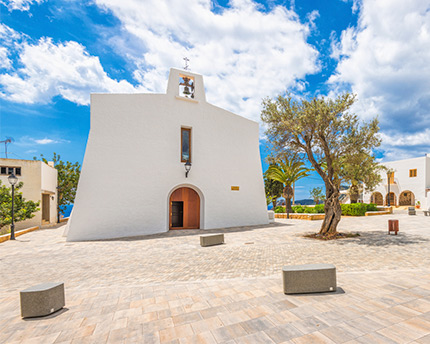 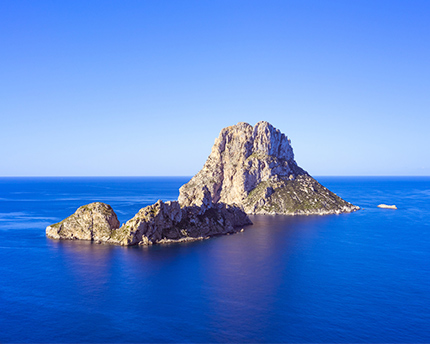 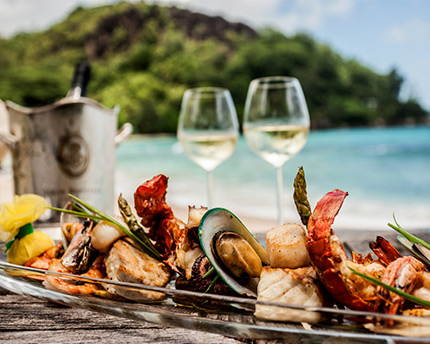 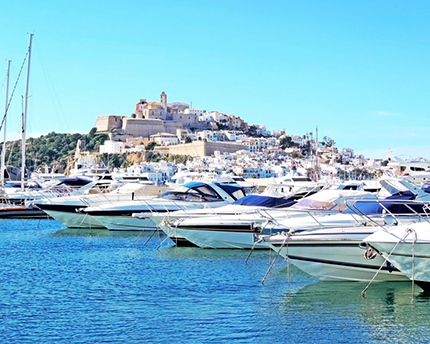