What to see in Estepona, between the mountains and the sea 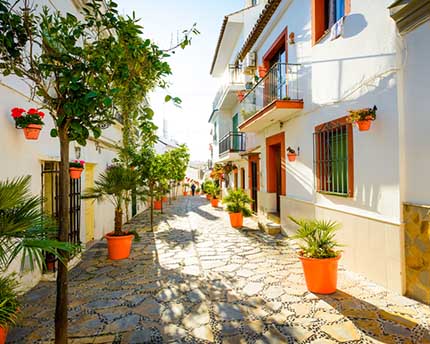 Compared to other places along the well-known Costa del Sol, Estepona is one of the towns that has best preserved its essence. It is true that it is full of tourist hotels and apartments. And it is true that its beaches are often crowded with tourists during the summer months.

But it is also true that Estepona’s town centre has conserved its white houses decorated with bright-coloured flowerpots. And that the Mediterranean in which it bathes continues to endow it with a wealth of seafood: fish and shellfish of incomparable flavour that can be savoured in many restaurants and beach bars scattered around the town.

Thus, Estepona is still a fabulous destination for the family. In fact, many people from Málaga and Andalusia have a second home in this town. It is also a stone’s throw from the Strait of Gibraltar and the Sierra Bermeja, two natural spaces which offer impressive panoramic views.

What to do in Estepona

Before anything else, Estepona deserves a quiet stroll through its historic centre. Because, despite the urbanisations that surround it, the town centre retains its Andalusian and popular flavour. This is where we find the parish church (Nuestra Señora de los Remedios), which was built in the eighteenth century and belonged to a Franciscan convent.

There are also several pleasant squares in the centre of Estepona, such as Plaza de las Flores, where the Cultural Centre is located and which is a good meeting point, especially in the evening. Also, the Plaza del Reloj, presided over by the Clock Tower (sixteenth century), which was the bell tower for a former church.

You can also admire the following monuments and points of interest in Estepona:

Estepona’s seafront is 23 kilometres long and boasts up to 15 beaches, which may all have different sizes, but two things in common: fine sand and many services. In fact, two of them have the distinctive Blue Flag (in 2019), with which the European Foundation for Environmental Education awards only the best beaches on the continent.

These are some of the most outstanding beaches in Estepona:

The Estepona Orchidarium has recently become one of the main attractions in the town. Housed in the botanical garden, located in the heart of the city, the orchidarium hosts approximately 1,300 plant life species in an interior space that has a surface area of over 1,000 square metres.

Its glass domes draw the visitor’s attention from the outside, especially the largest, which reaches 30 metres in height. Orchids from the most varied corners of the planet grow under theses domes. And they all have a truly seductive beauty. A small lake and a waterfall stand out in this idyllic setting.

The Orchidarium opens every day—except on Mondays—between 10:00 AM and 7:00 PM. On Sundays, it only opens until 2:00 PM. The entrance price is 3 euros for adults and 1 euro for children.

Where to eat in Estepona

Estepona has an infinity of restaurants and beach bars, for all tastes and palates. These are some of the most recommended: 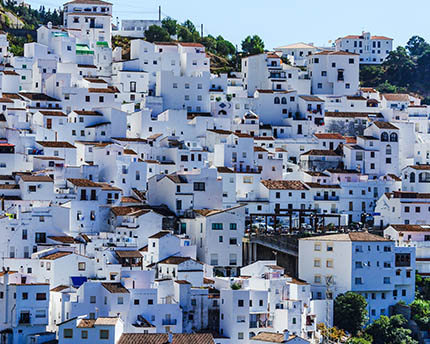