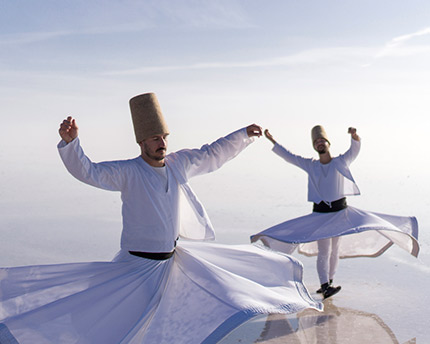 Sufi whirling is one of the most striking and memorable traditions that you can experience in Istanbul (internal link). While this is a religious ceremony as opposed to a tourist attraction, we strongly recommend finding time during your trip to witness this impressive spectacle, in which dervishes spin around endlessly in perfect coordination with one another.

What are dervishes and how did these fraternities come about?

Dervishes are Islamic Sufis who are grouped into different tariqas or fraternities. They follow a mystical spiritual movement that first arose in Persia, where its followers are expected to adhere to asceticism: in other words, they are indifferent to material goods. Several tariqas have been formed and dissolved over the centuries, although the first recorded tariqa – the Qadiriyya – was established in 1166. Each fraternity has its own characteristic costumes and rituals. However, the Mevlevi order, also known as the ‘whirling dervishes’, stand out from the rest. They seek to reach a state of hypnotism through the performance of whirling dances in an effort to attain religious ecstasy.

The name of the order derives from the word Mevlana, which means “our Lord” in Arabic. The Persian poet and teacher Rumi, who invented the spiritual dervish dance, was called this by his followers. He believed that the combination of music, dance and poetry was the means to reach his god.

However, for 30 years in the 20th century, the dance and the order of the dervishes were banned. The Turkish government wanted to rid it of its religious character and focus on its tourist potential. However, the tariqas continued to dance on a clandestine basis until its prohibition was lifted in 1953.

What does the dervish ceremony consist of?

The ceremony, known as Sema, is a meditative dance accompanied by flute music, drums and other traditional instruments, such as the saz and the kamanché. The dervishes spin around with their arms fully extended, with this symbolising the ascent towards truth and perfection and the abandonment of ego, before returning with greater maturity. It represents a mystical journey of spiritual development, where every movement symbolises something and nothing is totally random. For example, the right hand is extended upwards with the palm pointing towards the sky, while the left hand points down to the ground. This symbolises that the dancer is a mediator between heaven and earth. They must also keep their eyes fully open when they spin and refrain from looking at any fixed point, ensuring that everything they see is blurred.

In the past, for 1,001 days, the dervish people were taught ethics, music, poetry, dance and beliefs through prayer in seclusion at home. 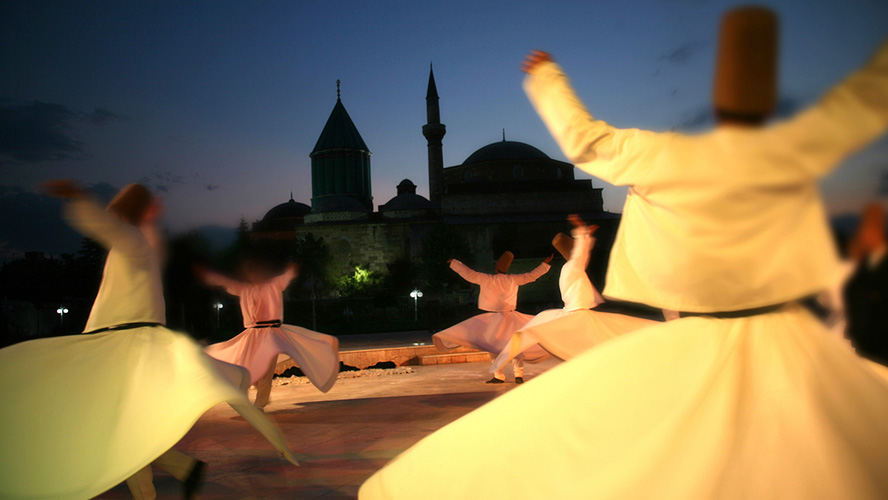 The ritual consists of 7 different acts. It begins with a series of prayers for Rumi, and everyone in attendance is expected to wear black robes. Next, the instruments of the mutrip (a group of musicians) start to play. When the dervishes stand up and take off their black robes they begin to dance with a series of smooth movements. They wear a white robe beneath their black one, with this representing purity and the death of their ego. They spin with increasing speed and precision; not just around themselves, but around the entire room. This represents the movements of the universe and the rotational movements of the planets around the Sun. Meanwhile, the leader of the order walks calmly and harmoniously among the spinners, while the prayers can be heard in the background. Once the dervishes close their eyes and reach their point of religious ecstasy, they start to slow down. Once they have stopped spinning, they put their black robes back on. This is a religious ceremony rather than a show, so there is no applause at the end of the ritual.

This centuries-old religious ritual is one of the most popular and memorable ceremonies for tourists in Istanbul. If you’re thinking of coming to Istanbul on holiday, be sure to book tickets to a Sema. While the whirling dervishes originate from Konya, which is an 8-hour drive from Istanbul, this mystical dance can also be enjoyed in the former capital city of the Byzantine empire. 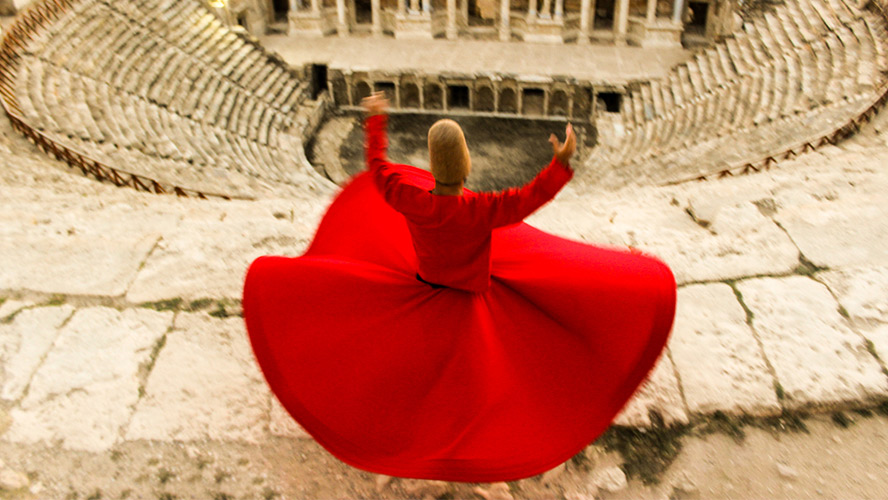 This museum, whose entrance is easy to miss, is located close to the Galata Tower (internal link). The building dates back to 1491 and was one of the city’s most important Mevlevite buildings. The dervish people do not lock themselves away with members of the same fraternity, and ceremonies are held in the museum on a regular basis. These take place in the Semahane (meaning ‘Sema Hall’): an octagonal space overlooked by balconies and surrounded by numerous columns, where the dervishes whirl in time to the rhythm of the music. The ceremony takes place every Sunday at 5 p.m. (you need to pay a small amount to enter).

This cultural centre is geared towards tourists. Shows take place at 7 p.m. every day of the week (except Mondays and Fridays) in a beautiful old hammam in the Sirkeci area of the city. It includes a multimedia projection and is slightly more expensive than the previous one. You need to book tickets in advance. Other traditional dance shows are also held.

Close to the Spice Bazaar, you will find the mythical station where the Orient Express, the luxurious train that inspired Agatha Christie’s novel Murder on the Orient Express, used to arrive, travelling all across Europe from Paris to Istanbul. A Sema is held every day of the week at 7.30 p.m. 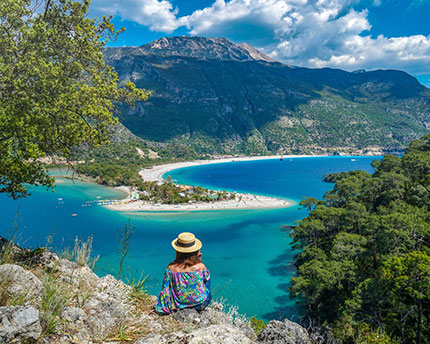 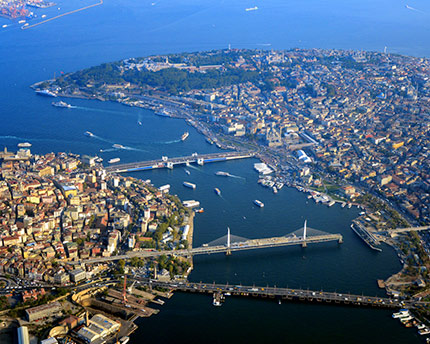 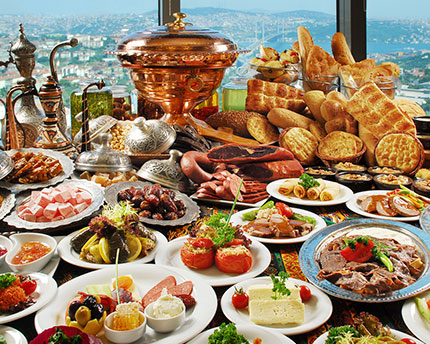