The Astronomical Clock is the great landmark of Old Town Square. Situated on the southern wall of Prague Town Hall, it is such a compelling sight that it has possibly become the most photographed landmark by tourists visiting the beautiful capital city of the Czech Republic. The clock is unusual in that, in addition to indicating the 24 hours of the day, the astronomical dial shows the position of the sun and the moon in the sky, along with other astronomical information.

However, the dial is not the only unique feature of this complex, historic clock, which is over 600 years old. Prague’s famous clock also boasts several moving figures, which appear in the procession of the apostles, controlled by a sophisticated mechanism that sets the 12 apostles in motion when the clock strikes the hour. Finally, it also boasts a calendar dial with a dozen medallions symbolising the months of the year.

The most famous astronomical clock in Prague

So fascinating is the clock of Prague’s Old Town Hall Tower that it’s well worth paying attention to each and every one of the parts that make up its structure, which are all listed below:

The oldest part of the clock, dating from 1410, it was built by the clockmaker Mikuláš of Kadaň and by Jan Sindel, professor of Astronomy at Charles University in Prague. The dial is a form of astrolabe, in which you can easily see, inside the black circle, the signs of the zodiac, which were very important in fifteenth-century Prague, in addition to icons representing the sun and the moon. On the clock you can also see the aurora or dawn (on the left) and sunset (on the right), whilst the golden numbers in the blue circle represent the hours of the day. 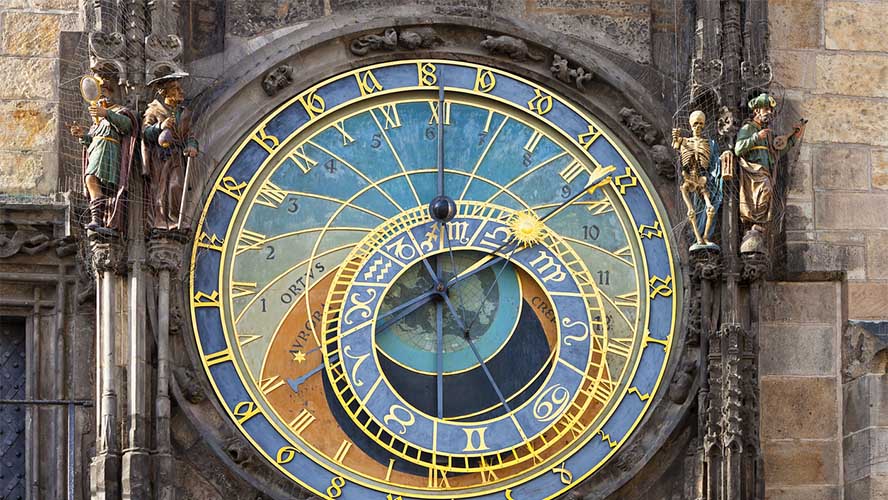 The Astronomical clock in Prague

The four figures surrounding the clock are four allegories representing vanity (a man holding a mirror), greed (a businessman with a bag of money), death (a skeleton with an hourglass) and extravagance (a Turk prince playing the mandolin). When the clock strikes the hour they start to dance: the vain man looks in the mirror, the greedy man moves his bag, the skeleton shakes the hourglass indicating the time and the extravagant man moves his head. Meanwhile, hundreds of tourists stand captivated on Old Town Square in Prague.

This whole spectacle happens at the same time as the procession of the apostles, in which the windows open and the figures come into view one by one. In the left window, appears St Paul with his sword and a book, followed by St Thomas, St Jude Thaddeus, St Simon, St Bartholomew and St Barnaby. Whilst in the right window, we see St Peter with his keys to the kingdom of heaven, followed by St Matthias, St John, St Andrew and St James. And when the windows finally close, a rooster crows, followed by the ringing of bells, to announce the end of the spectacle.

On the lower part of the clock you can also see 12 medallions, designed by the Czech painter Josef Mánes, representing the months of the year, and four other figures: a philosopher, an angel, an astronomer and a chronicler. 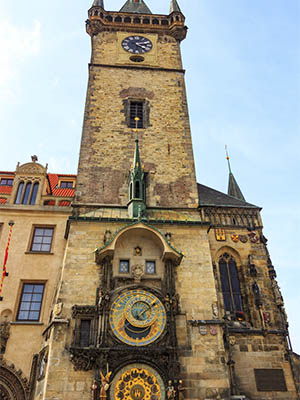 The clock of Prague Town Hall

The legend of the clock of Prague Town Hall

Such is the beauty of the astronomical clock that an interesting legend revolves around the person who created it. According to the Czech writer Alois Jirásek, it is said that Prague’s town councillors blinded the master clockmaker, known as Hanus, who rebuilt the original clock in 1490 and made the sophisticated mechanism of Prague’s clock tower. Why? So that he wouldn’t be able to create such a beautiful clock again. Nevertheless, the master’s assistant, Jakub Cech, took revenge for the affront by putting his hand into the mechanism, disabling the clock. He mustn’t have minded being left one-handed.

Incidences in the life of Prague’s medieval clock

As you would expect, over the course of 600 years, the Astronomical Clock has undergone various incidences, some of them very significant. The clock stopped unexpectedly on several occasions starting in 1552 and, as a result, had to undergo thorough repairs and maintenance. In the seventeenth century, the astronomical dial’s moving effigies were incorporated, and the figures of the apostles were added during work that took place in 1865.

It was in the middle of the twentieth century, however, when the Astronomical Clock suffered its worst nightmare. On 7 and 8 May, 1945, shortly before the Germans lost the Second World War, German soldiers, realising their defeat, stormed Prague’s Old Town and set fire to the Town Hall and various residential buildings, practically destroying the clock and the wooden figures of the apostles. As a result, the clock had to undergo extensive restoration and was finally unveiled in 1948. 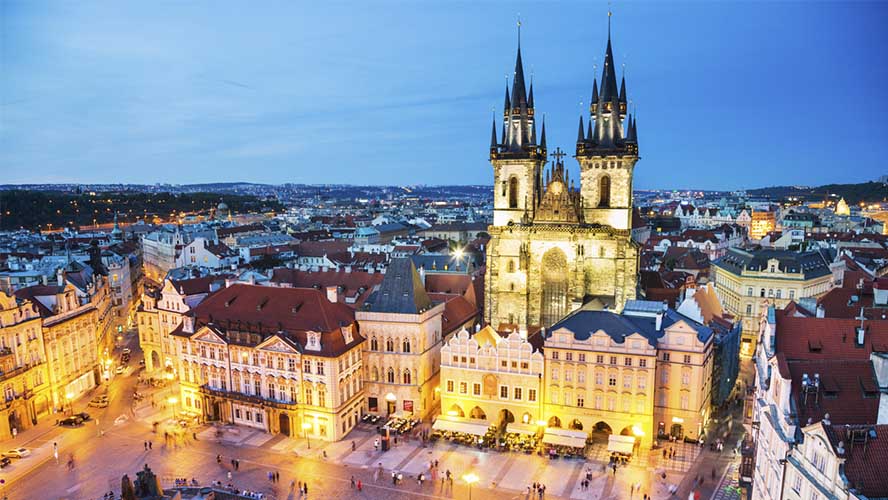 Although many other astronomical clocks with similar features to Prague’s were designed in the fourteenth and fifteenth centuries, very few have survived. Those that remain are in Norwich, Strasbourg and Padua.

The sophisticated mechanism of the Astronomical Clock, with its moving figures, can be enjoyed on the hour from 9:00 AM to 10:00 PM, except on Mondays, when the spectacle starts at 11:00 AM until 10:00 PM.