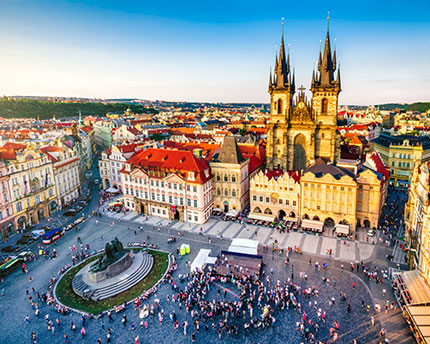 Old Town Square, or Staroměstské námestí, in Prague, is one of those places where you feel as if you are transported back to another time, or even another dimension: that of fantasy and magic. A sensation that comes about thanks to an atmosphere and setting that is not often replicated across the world.

Reverie aside, Old Town Square is the main meeting point in the centre of Prague and, together with Charles Bridge and Golden Lane, the most instagrammable place in the Czech capital.

Such prominence isn’t due to social media or new technologies, but rather Old Town Square has been the epicentre of life in Prague for over 1,000 years, as long as its most ancient monument, the Church of Our Lady before Týn, is old.

Despite its name and historical importance, Prague’s Old Town is not the city’s original centre. Such an honour goes to the Castle, which has held the country’s civil power since the ninth century.

Construction on the Old Town began when the number of people living around the castle started to swell making it necessary for the area to expand towards the other bank of Vltava river in search of space. They did so by taking advantage of better terrain, which also facilitated communication with the rest of the country. This led to rapid economic growth, which, in turn, resulted in the construction of mansions, churches and palaces, as well as the over 100 towers that the city boasts. Said towers have been used throughout history both as fire lookout towers (fires were so widespread in the Middles Ages) and as vertical warehouses to avoid the spread of different types of pests.

And thus, against this backdrop, Prague’s Old Town Square began to form: a showcase of religious power, by means of the aforementioned Church of Our Lady before Týn; civil authority, through Old Town Hall; and economic power, since the square has always been Prague’s great marketplace. 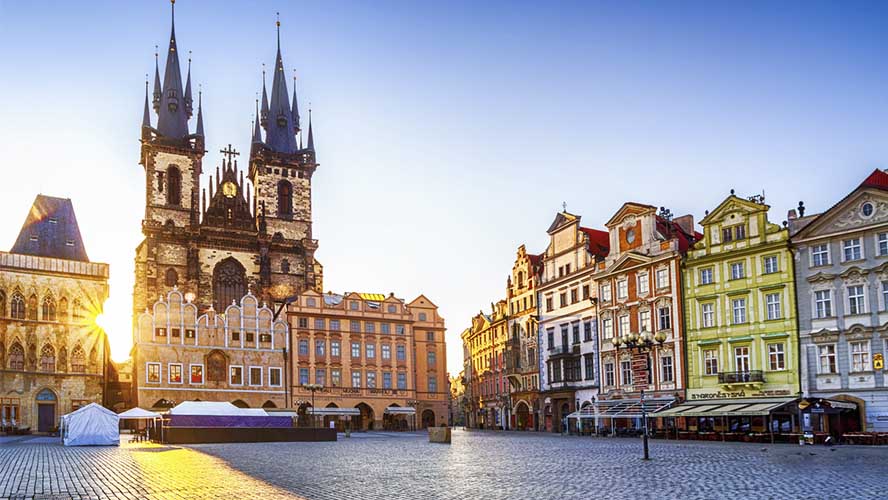 Ever since it began, Old Town Square in Prague has played host to many of the most important events for this part of the capital, which, incidentally, wasn’t always administratively linked to the Castle.

In fact, for centuries, the two neighbourhoods, much like the rest of the districts of the modern-day Czech capital, were independent localities, which sometimes collaborated for the general good, whilst others competed against one another, sometimes causing serious conflicts.

With disputes brought under control, Old Town Square in Prague has been, from a historical and geographic perspective, a fundamental crossroads for Bohemia.

Today, everyone who visits Prague passes through the square at least once, although it’s best to try and do so at different points of time in the day in order to enjoy its varied atmospheres. The tranquil ambience shortly after daybreak is a world away from the midday and early afternoon hustle and bustle. Nor are summer nights on the square comparable to the melancholic mood in which it seems to be enveloped in late autumn and winter, when the sound of hooves resounds on the wet pavements as horse-drawn carriages pass by. 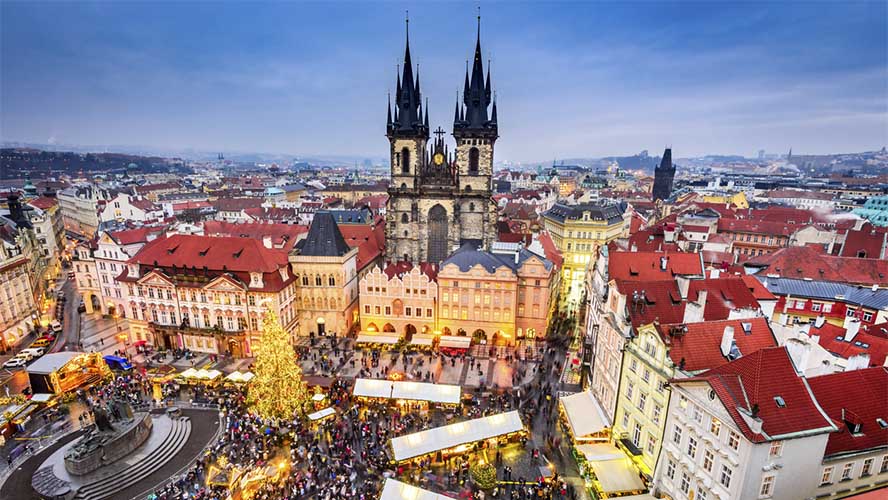 Out of all the sights that can be seen on Prague’s Old Town Square, without a doubt the one that attracts the most attention is the famous Astronomical Clock, situated on the southern side of the Old Town Hall. There it has stood setting the square’s tempo since the year 1410, when it was installed by the clockmaker Hanus, of whom it is said the people in charge of the town council blinded so that he wouldn’t be able to create such a remarkable clock elsewhere.

That said, the way the clock looked after it was first created is a world away from what is today the enormous Astronomical Clock. In fact, over the centuries new spheres and mechanisms have been added to form the spectacle that this meticulous machine now offers. Below are its main features: 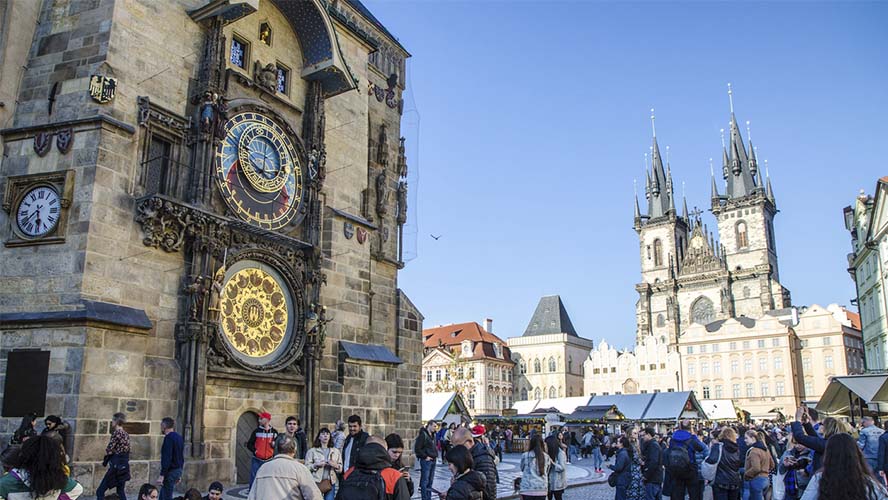 What else to see on Old Town Square

Other places that deserve your attention on a visit to Old Town Square in Prague include the following: 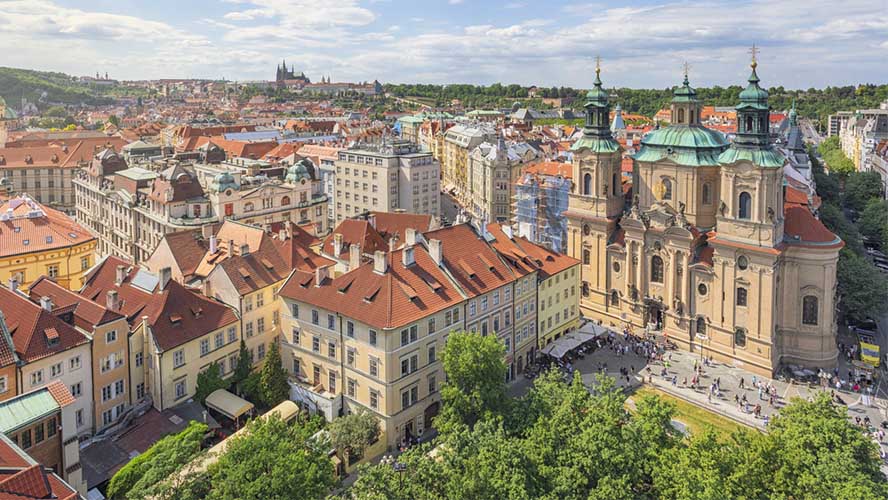