The historic train station of Almeria

The ore-laden trains travelling from the station to the loading piers of Cable Inglés and Cable Francés in the port are stories of the past. The iron ore that was once extracted from the Alquife Mines in Granada needed to make its way to the coast and the Linares-Almería railway track provided that solution. It was the fastest and most efficient way of getting the ore onto the cargo ships so they could set sail for Scotland.

However, the old train station wasn’t just about transporting goods; it was also a place where intense feelings were lived. It witnessed innumerable good-byes and reunions during the 100 years it was operational. The station was inaugurated in 1863 and only closed in 2005, when the new train station opened.

The iconic train station of Almeria

The old train station of Almeria was built between 1890 and 1893. It was designed by the French engineer Laurent Farge who was commissioned by a Spanish rail company. The project involved laying train tracks between Linares-Almeria and Moreda-Granada. The Almeria line was especially important because it was going to be used to transport iron ore from the mines in Granada to the port of Almeria.

The iconic building is an ode to 19th-century industrial architecture. The stone, iron and glass neo-Mudejar design shares similar traits with the train stations in Madrid, Barcelona and Valencia. 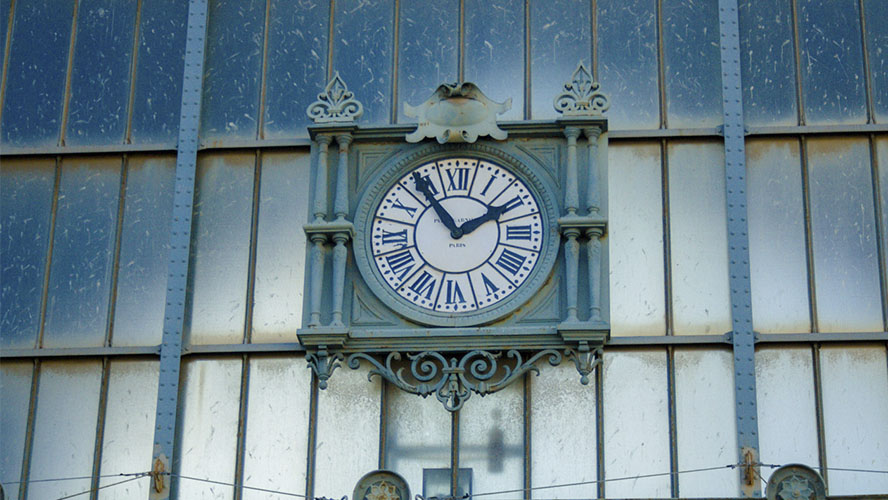 The building is comprised of three sections. The stone and glass central section is slighter higher than the two adjacent stone sections. The architecture is very similar to that of the Museo del Ferrocarril (Railway Museum) in Madrid. The upper façade is completely made out of glass, allowing natural light to pour into the lobby. Several ceramic murals depicting railway scenes and Almerian landscapes adorn the walls of the lobby. These murals are the work of the Spanish artist Francisco Cañadas

The layout of the building allows visitors to explore the different lounges reserved for first-, second- and third-class travellers; ticket windows; the telegraph room and the train station manager’s office.

One of the most interesting features of the building is the non-traditional design that was employed considering it was a terminus station – the building is parallel to the rail tracks as if it were a transit station. The reason lies in the fact that the tracks continued to the port so the cargo trains could unload.

During the Spanish Civil War, the old train station of Almeria was bombed by the Nazis on 31 May 1937. The damage was extensive: the Paul Garnier clock, the stained-glass façade and the iron balustrade were all damaged.

The bombing was ordered directly by Hitler in retaliation for the death of 31 German soldiers, following the Republican bombing of the heavy cruiser ship Deutschland anchored off Ibiza. He shelled Almeria, which was a Republican stronghold. The cathedral, the town hall and the church of San Sebastián were some of the buildings destroyed during the Bombardment of Almeria.

The old train station also housed several underground refuges along 4 km. It could provide shelter for 90% of the city population during the Spanish Civil War. During the 1988 refurbishment of the station, two of the entrances to the underground network, designed by the architect Guillermo Langle, were discovered. They are currently partially open to the public.

The new intermodal station of Almeria

The arrival of high-speed trains required the construction of new rails that could accommodate these modern trains. This led to the construction of a new intermodal station in Almeria, which eased transport for travellers by housing trains and buses under the same roof.

The new station was built in 2005 beside the old train station. In fact, the same platforms are still used. The only difference is the rails no longer continue to the iconic Cable Inglés located in the port. Only a small section remains as a reminder of the crucial role it played in the economic development of the region.