Nestled in a lush valley and surrounded by green pastures, Cangas de Onís offers fantastic dining and quality local products. Step back in time as you explore the town’s streets and monuments, evoking the memory of its nascent role in the Reconquista of Spain from the Moors.

What to see in Cangas de Onís

The Asturian town of Cangas de Onís rests against an idyllic natural backdrop – one of the most attractive of the region. Picos de Europa, Sella River and the lakes of Covadonga are just a few examples on visitors’ must-see list. Before venturing out of the town, be sure to visit:

This iconic monument was built over the Sella River in the 13th century and separates the parishes of Cangas de Onís and Parres. A replica of the Victory Cross hangs from the middle arch with the Greek letters alpha and omega suspended from the left and right arms, representing beginning and end, the infinite extension of God. Today, the Victory Cross is an emblematic symbol of Asturias. 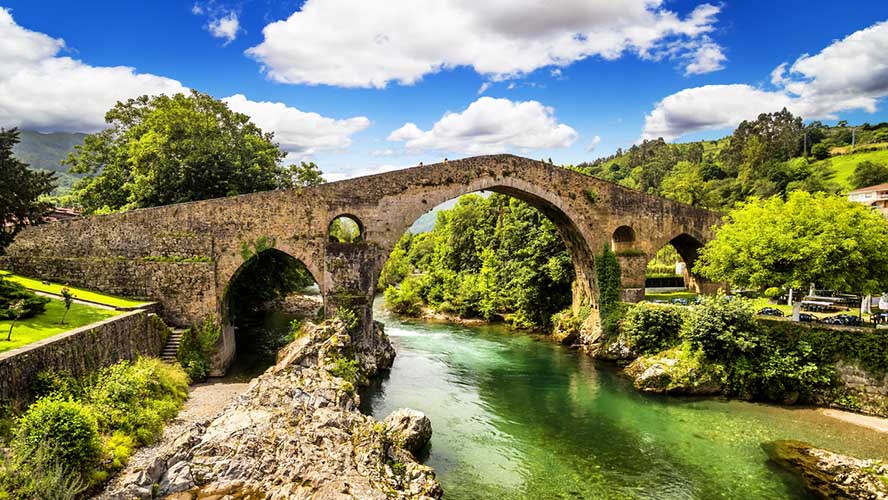 The remains of King Favila, second king of Asturias and son of Pelagius of Asturias, and his wife, Queen Froiluba, are housed in this Roman Catholic Church they commissioned. The church was built on a dolmen and offered worship to the Victory Cross.

Covadonga: a place steeped in symbolism

Covadonga is one of the most spectacular places to visit in Cangas de Onís. Its historical importance traces back to 711 AD when the Moors invaded the Iberian Peninsula and settled here. Years later in 722 AD, Pelagius of Asturias and his forces rebelled and defeated the Muslim army in the Battle of Covadonga, catalysing the Reconquista, the Christian reconquest of the Iberian Peninsula from the Moors.

Breathe in history and nature as you discover the landmarks Covadonga has to offer. Begin your tour at: 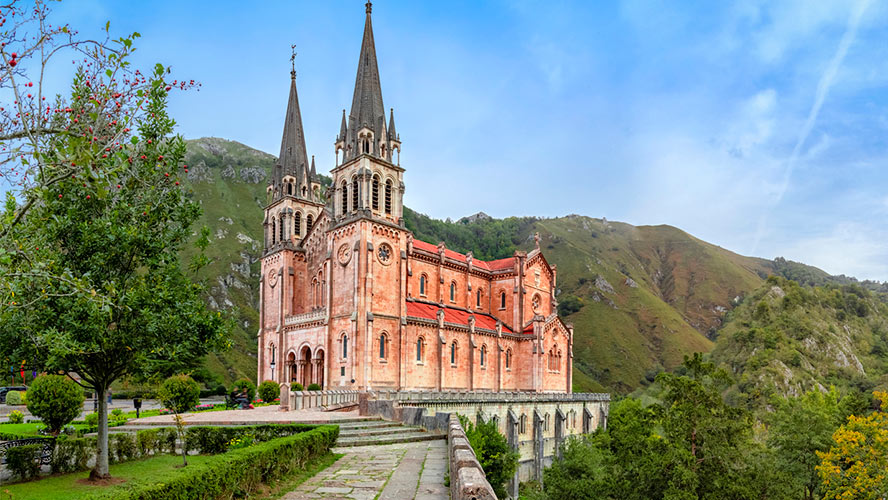 What to do in Cangas de Onís

This Asturian parish is not just home to magnificent places of worship but also boasts a picturesque natural playground for outdoor enthusiasts. Enjoy unique outdoor experiences with all Cangas de Onis has to offer:

Where to eat in Cangas de Onís

Asturian cuisine has a well-earned reputation for traditional, century-old, local products. Fabada (a traditional white bean stew), chorizo a la sidra (chorizo simmered in cider), cachopo (deep-fried beef cutlets stuffed with ham and cheese) and cheeses are just some of the delicacies the area offers. Head to any one of the following restaurants for a tantalising culinary experience:

Want to take a little something back with you? Head to the Cangas de Onís Sunday Market to stock up on an array of local products such as artisan cheese and medicinal herbs. 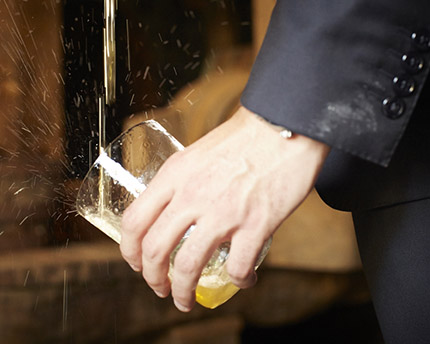 Asturian cider: the different types and where to try it