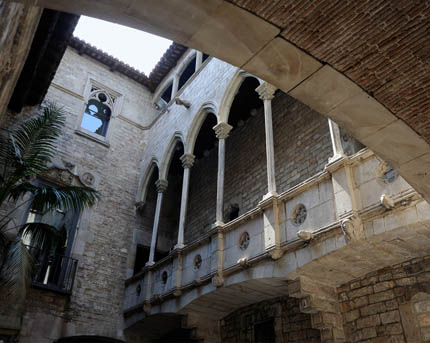 Barcelona’s Picasso Museum provides visitors with a piece of the puzzle that is the life of the genius hailing from Malaga, Pablo Ruiz Picasso. In a magnificent architectural space an important collection of works are displayed, taking us through the painter’s formative years. To give you an idea, the permanent collection comprises 4,251 pieces. The art museum, which opened its doors in 1963, is a temple of Picassian art in Barcelona and, therefore, one of the city’s must-visit places for art enthusiasts in general.

A palace full of treasures

As is usually the case in Barcelona, many masterpieces house yet more masterpieces, and this is certainly the case for the Picasso Museum. The space that houses the Picasso collection is a palace complex formed of five mansions dating from the thirteenth and fourteenth centuries, which underwent significant remodelling in the eighteenth century. Viewed from the exterior the buildings are an excellent example of civic Catalan Gothic architecture. All have a similar lay-out, formed around a courtyard with an exterior stairway that leads to the upper floor. Each building is explained in more detail below so you can distinguish between them and fully appreciate their features:

Giving the complex a sense of uniformity was no easy feat, although its success is down to the architect Jordi Garcés. These days the space spans 11,500 square metres with a total of 22 rooms in which the permanent collection is exhibited.

Picasso and his ties with Barcelona

You may have been surprised to learn that the artist, born in Malaga, has a museum in his honour in Barcelona. This is because Pablo Ruiz Picasso lived in the city with his family during his formative years and would often return. It was him himself who wanted to have a museum in the city. Around 1960 the artist and his friend (and secretary) Jaume Sabartés decided to propose that an art museum be created to house part of his body of work. Only three years passed before his wishes became a reality by way of Palau Aguilar.

In the beginning, Museo Picasso exclusively housed the collection that belonged to Sabartés and the pieces that were distributed among other art museums in Barcelona. This included some very famous paintings, such as Harlequin, the Ovid’s Metamorphoses etchings, lithographs, posters and drawings bequeathed by Lluís Garriga Roig.

What to see at the Picasso Museum

In addition to admiring the architecture of the aforementioned palaces you will of course want to see the Picasso Museum’s most iconic works. A total of 39 essential paintings from the permanent collection have been selected by the museum for visitors short on time. They include some particularly well-known highlights such as:

Planning your visit to the Picasso Museum

As you will have noticed, due to the size of the museum and the extensive body of work that it houses, it’s important to plan your visit well. First of all, you’ll need to decide if you’re going to navigate your way through the museum on your own (you should, at least, hire the audio guide), as part of a guided group tour or a private tour for you and your family. The museum also organises activities to supplement your knowledge about the Picasso collection. Some are adapted for families, children or the elderly, and even people with visual impairments are catered for.

The common denominator of the temporary exhibitions is of course the artist, but dialogues with other artists, whether contemporary or not, are also established. Some of the museum’s past and forthcoming exhibitions include: Pablo Picasso and the Publishers Gustavo Gili; Eluard and Picasso; and Picasso, Photographer’s Gaze. 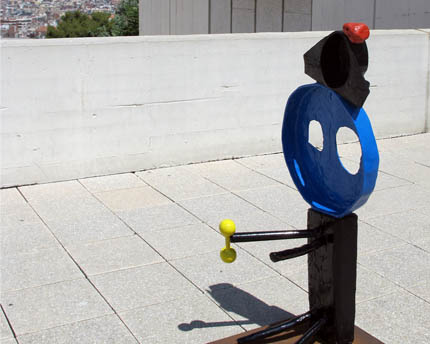 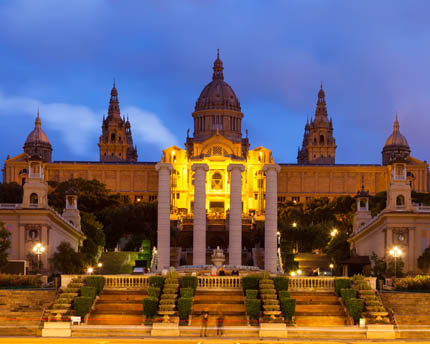