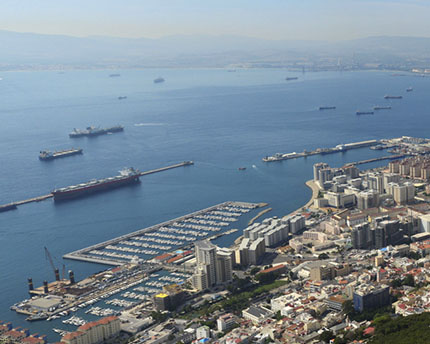 The Port of the Bay of Cádiz has several centuries of history under its belt, which it shares with a city that now holds a strategic location for the transportation of goods, trade and tourism. The ‘Silver Cup’—a nickname commonly attributed to the city of Cádiz—has many attractions besides its idyllic beaches, its gastronomy and its people.

The port of the oldest city in Spain (and one of the oldest in Europe) enjoys a privileged location. The Port of Cádiz occupies a strategic location between two large flows of maritime traffic along the Europe-Africa and America-Mediterranean axes; something which, in practice, has led to it being considered as the southern gateway to the ‘old continent’.

But there’s more! The Bay of Cádiz, bathed by the waters of the Atlantic Ocean and with over 3,000 hours of sunlight per year, offers an impressive range of attractions. A boat trip around Cádiz allows passengers to discover Cádiz itself, San Fernando, Chiclana de la Frontera, Puerto Real and El Puerto de Santa María from sea.

Port of the Bay of Cádiz: its history

In around 1100 B.C., the Phoenicians established what is now the oldest urban settlement in Spain. The city of Cádiz—originally known as Gadir, and then Gades—held a commercially strategic location from the very beginning. The Port of the Bay of Cádiz was later conquered by Romans. Despite spending several centuries in relative darkness, it would eventually regain its past reputation with the arrival of the Catholic Monarchs.

With the passing of years, the Bay of Cádiz gradually improved its port facilities. In 1982, a unification decree was issued for these facilities under a single administration, creating what is now known as the Port of the Bay of Cádiz. This is when the port acquired its current configuration, comprised principally by four main harbours: Cádiz City (passengers, trade and fishing), Cádiz Free Trade Zone (trade), La Cabezuela – Puerto Real (trade) and El Puerto de Santa María (trade and fishing).

What to do in the Port of Cádiz?

The Port of Cádiz enjoys a privileged geographical location, turning the port into the Europe’s Southern Gateway. Besides its fantastic location between the Atlantic Ocean, the Mediterranean Sea and northern Africa, this is the perfect departure point for discovering the wonders of the Bay of Cádiz.

With over 220,000 hectares of parks, nature reserves and natural spots, the Bay of Cádiz is one of the points on the Iberian Peninsula with the largest amount of environmental conservation land. The facts don’t lie: from the port itself, visitors can embark on a voyage that sheds a light on the area’s landscape and cultural and social value.

Connectivity is one of the Port of Cádiz’s strong points. Not just because it enjoys good road and rail links, but because it is located just 40 kilometres from the Jerez de la Frontera airport, and just over one hundred kilometres from the Sevilla airport. Cádiz is particularly important for maritime passenger transport. Taking a catamaran ride from the Port of Cádiz is one of the most interesting ways of discovering the area’s coastline, as you get intoxicated by the smell of sea salt, the sound of the waves and the beauty of the coastline.

The Port of the Bay of Cádiz is the departure point for two regular transport lines that are included in the city’s metropolitan transport network, connecting the city of Cádiz with El Puerto de Santa María and Rota by water. The catamarans of the B-042 line cover the distance separating Cádiz from El Puerto de Santa María in just 25 minutes. Those of the B-065 line in the direction of Rota, meanwhile, will take you there in around half an hour. Both lines depart from the Port of Cádiz Metropolitan Maritime Station, located at the Reina Victoria pier.

While it’s true that the regular lines connect the main locations around the Bay of Cádiz, there are other ways of exploring its many attractions. Besides catamaran trips, it is also possible to find tailor-made journeys. Many companies put on trips around the Bay of Cádiz Natural Park, whereas others even allow you to rent private boats (with or without a crew), allowing you to simply follow your nose.

Do you like the sound of enjoying a romantic sunset from the deck of a private rental boat? Why not experience sailing the Cádiz coastline with your friends aboard a sailing boat? There are endless combinations for all types of plans and tourists.

The location of the Port of Cádiz makes it an attractive proposition for all kinds of cruise ships. The city itself, its surroundings and its fantastic connections with other tourist hotspots in the province and southern Spain make Cádiz a popular stop-off destination for these types of travellers. The terminal, recently renovated at the Alfonso XIII pier, is part of the city’s urban centre, just a five-minute walk from the centre.

How to arrive to the Port of Cádiz 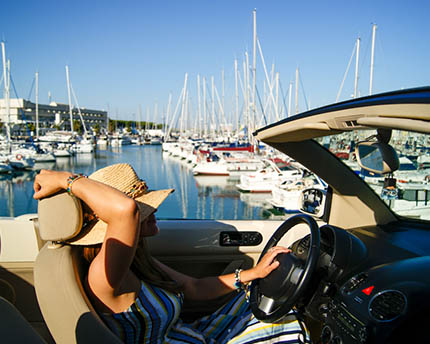 Puerto Sherry: an exclusive spot with the finest sunsets in the bay 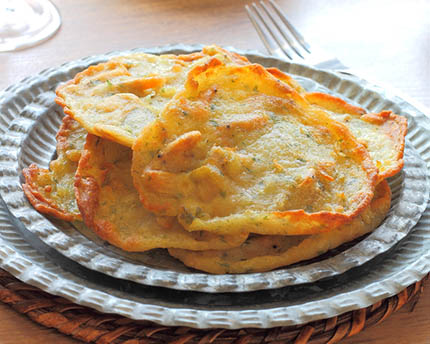