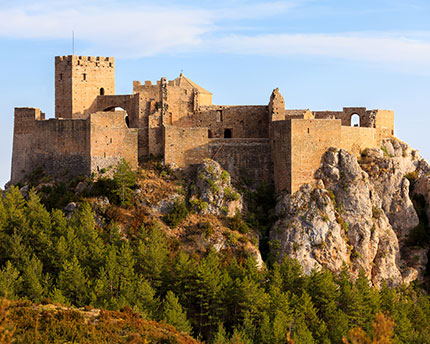 When viewed from afar, Loarre Castle stands out for its spectacular size. It is also notable for its location, standing on the slopes of the mountain range with which it shares its name, on the border of the region known as Hoya de Huesca. Much of this vast plain can be surveyed from the heights of this impressive defensive structure.

If you think the castle looks impressive from a distance, just wait until you’re standing at the foot of it’s immense vertical walls, where you’ll be able to appreciate the magnificent condition of the structure. In fact, such is its preservation, Loarre Castle is widely considered to be the world’s best preserved Roman castle. It is also, certainly, one of the most complete ones. Once inside the castle’s enclosure, it’s easy to picture yourself living in the medieval era and consider what life was like for those who lived, worked and defended this area.

Just like the San Juan de la Peña monastery (link to the corresponding URL) and Jaca cathedral (link to URL on What to see in Jaca), both of which are also Roman structures, Loarre Castle attracts thousands of visitors every year who are keen to explore one of Aragón’s most historical landmarks.

The fascinating history of Loarre Castle

The history of Loarre Castle dates back to the early 11th century, during the reign of King Sancho III. He decided to build a tower on the site (more symbolic than defensive) after regaining control of the region from Muslim troops, who had settled in the area centuries previously.

However, several historians maintain that, long before the first stone of Loarre Castle was laid, there was a settlement during Roman times known as Calagurris Fibularia.

In any case, various defensive structures were added to the initial tower over the course of the 11th century. This construction activity accelerated once Loarre Castle fell under the control of King Ramiro I.

He ordered the construction of the Homage Tower and a small settlement soon developed around the castle, attracted by its prosperity and the wealth that it generated.

Loarre Castle’s golden years came at the end of the 11th century thanks to King Sancho Ramírez, who reformed and enlarged the structure, giving it the configuration that has survived until the present day.

This includes the monastery and church, built between 1070 and 1080, which were initially occupied by a community of Augustinian monks. By doing this, Sancho Ramírez managed to give Loarre Castle, besides its logical military function, a spiritual dimension that was maintained over several centuries. 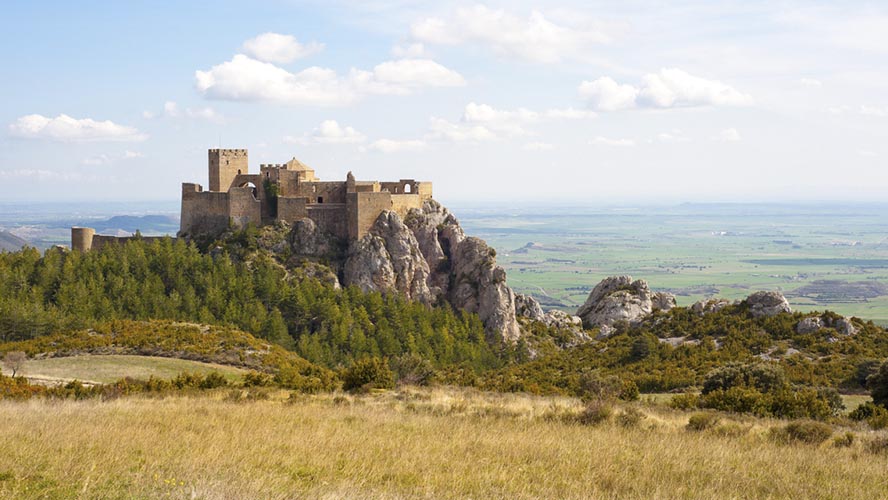 The late 11th and early 12th century reformations were very important for the castle, giving most of its buildings their characteristic Jacobean Romanesque architectural style.

Once the Muslims had been expelled from this part of the Iberian Peninsula, the fortress lost its military function. This was not, however, the case for religious activity, which continued to be practised until the 16th century when the fortress was essentially abandoned.

Much of the construction remained standing until its declaration as a National Monument in the 20th century and its subsequent renovation. For many years now, Loarre Castle has been a solid candidate to be included on UNESCO’s list of World Heritage Sites.

What to visit in Loarre Castle

Loarre Castle stands at 1,070 metres above sea level on the slopes of a steep mountain, occupying a surface area of 2,200 m2. It is just as interesting to visit the inside of the castle as it is to admire its exterior, with its spectacular, almost complete walled enclosure.

The most striking feature of the outside of the castle are its walls, which are partly attached to the castle itself. The 200-metre structure is supported by seven semi-circular towers and one square tower. Such is its width, a path was built on the top of the wall in the late 13th century.

Its Albarrana tower, meanwhile, is believed to be the bell tower of a religious temple that disappeared centuries ago. This tower stands besides the path that leads into the castle grounds. 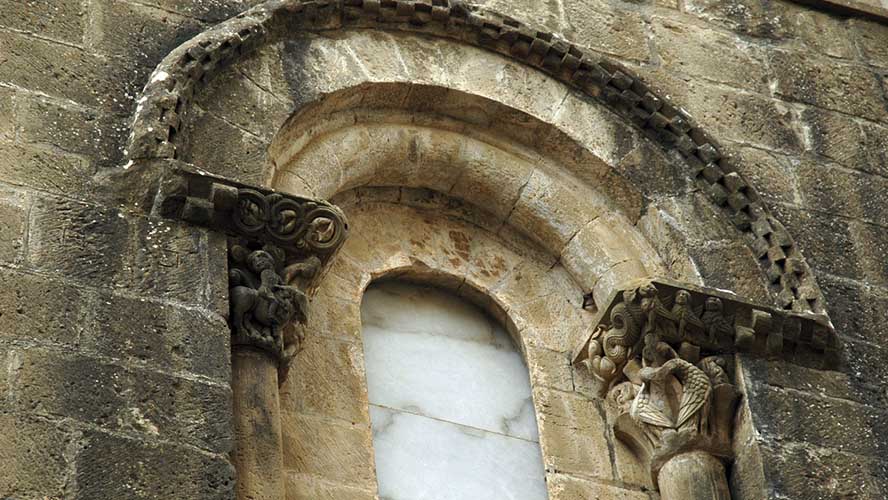 The most important part of the present-day Loarre Castle is the San Pedro church, which is also its most striking structure when viewed from outside. The temple, which was ordered to be built by Sancho Ramírez, is notable for its historic apse and the dome that was intended to crown its crossing. However, it was impossible to build the latter due to the difficult terrain and the limited available space.

The castle’s 31-metre-high Homage Tower, which is one of the best preserved military structures of the period, also stands out. The well, parapet included, and the cistern with its half-barrel vaults, are also remarkably well preserved.

A stunning film and TV set

Considering its wonderful scenery and state of conservation, it should come as no surprise to learn that Loarre Castle has been used to shoot a wide range of TV series and films.

The most famous one is perhaps Kingdom of Heaven (2005), which was directed by British producer Ridley Scott and starred Orlando Bloom, Eva Green and Liam Neeson.

Various Spanish productions, such as the television series El Ministerio del Tiempo, have also been shot here, in which part of the castle’s walls were used to depict a prison. Many years earlier, scenes from the film Crónica del Alba: Valentina (1982) were also shot in different rooms and areas of Loarre Castle. This film starred the actors Jorge Sanz and Anthony Quinn. 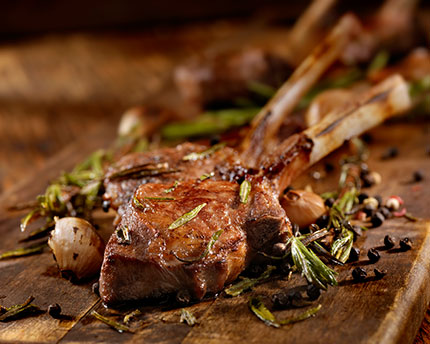 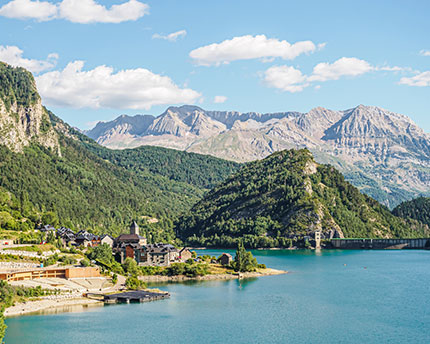 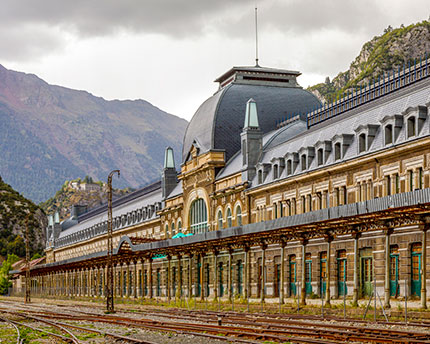 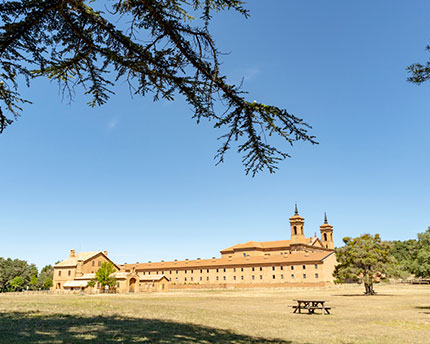