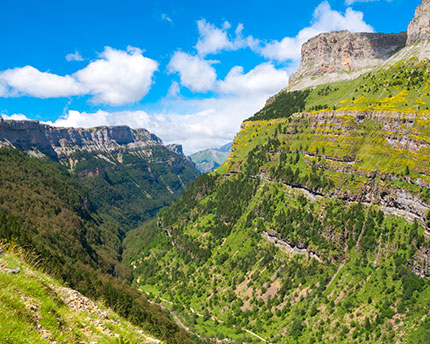 The Ordesa y Monte Perdido National Park, in the heart of the Huesca Pyrenees in the Sobrarbe district (link to corresponding URL), is one of the most well-known among Spain’s National Park network, which includes 14 other nature areas with that special state protection.

In fact, it receives just over 600,000 visitors every year. This is very commendable since, in the most popular sector, i.e. the Ordesa Valley, you can only access it by boarding an official bus which operates a few months of the year: in the summer, in Easter and on 12 October.

The importance of the Ordesa y Monte Perdido National Park

Most of the attractions in the Pyrenees are in the Ordesa y Monte Perdido National Park. There you can admire the different ecosystems where the most representative species of flora and fauna of this mountain chain live. The Park has rivers that pierce the bottom of the valleys as well as summits, some of which exceed an altitude of 3,200 metres.

The Ordesa y Monte Perdido National Park is also coveted by geology experts and lovers because of its characteristic rocky formations, especially Monte Perdido which, with its 3,355 metres, is the highest limestone mountain in Europe. It is also the seventh highest in Spain and the third highest in the Pyrenees.

The national park is divided into six sectors: Ordesa, Añisclo (link to corresponding URL), Monte Perdido, Pineta, Escuaín and Bujarelo. We will provide some below as well as the values which make the Ordesa y Monte Perdido National Park so important.

The Ordesa Valley, the most visited

It is the original nucleus of the current protected area, which was declared a National Park in 1918. The valley floor is dotted with numerous forest formations with Scots pines, black pines, fir trees and beech trees around the river Arazas.

The river shows all its force and beauty in several waterfalls, including the most famous one called Cola de Caballo. Its waters irrigate a very rich biodiversity that includes animals such as the bearded vulture, the Pyrenean chamois, the marmot, the rock ptarmigan and the very rare Pyrenean frog. 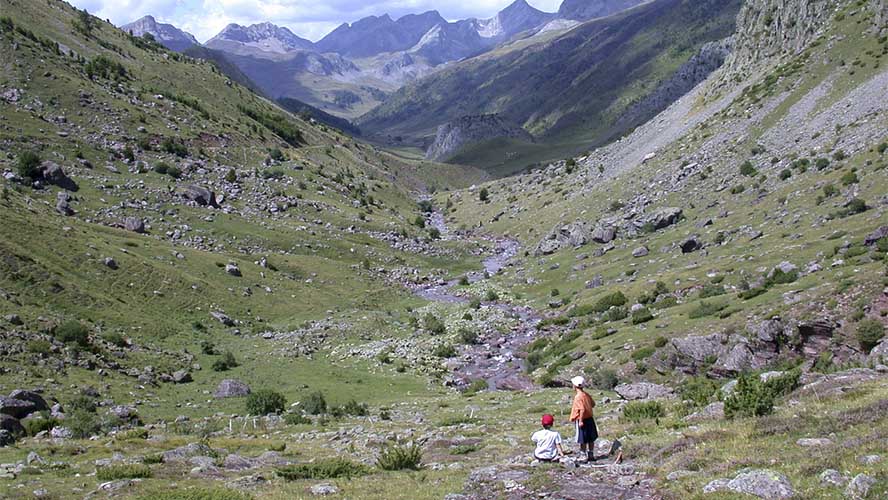 It is a deep cleft carved in sheer rock by the waters of the river Bellós over millions of years. It was included in the Ordesa y Monte Perdido National Park in 1982, providing a spectacular catalogue of waterfalls and a luxuriant forest to this protected area where you can easily lose your sense of time and space in its trails. 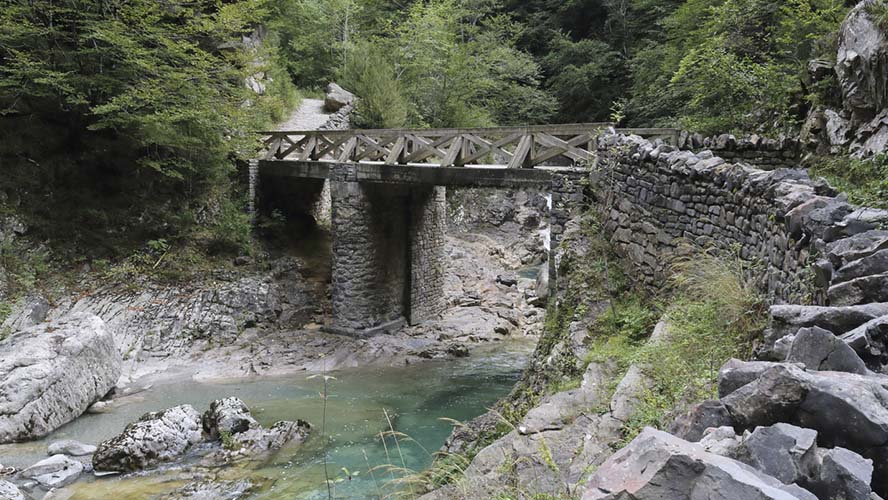 The Pineta Valley, the most accessible

This valley is 12 kilometres long and runs from Monte Perdido itself, where the river Cinca starts from its glaciers, to the village of Bielsa. This sector of the Ordesa y Monte Perdido National Park is characterised by its forests and also because it is one of the most accessible, since there is a perfectly paved road around the valley floor which runs parallel to the river. 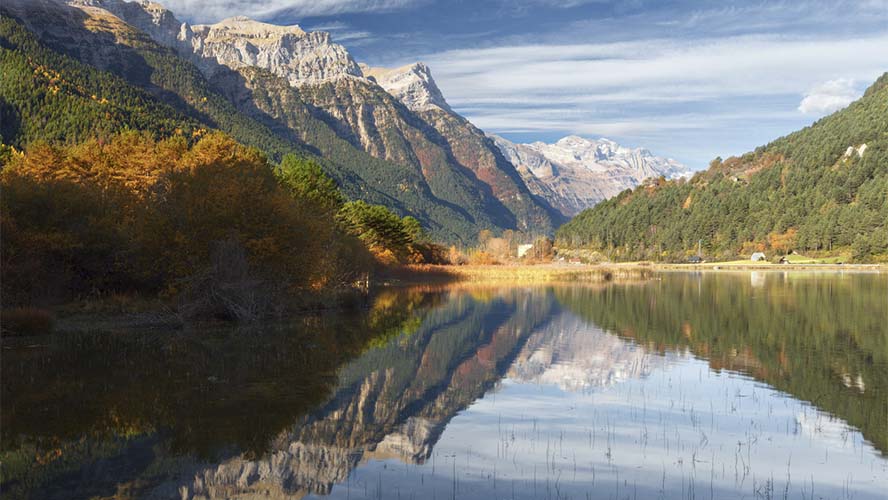 Revilla viewpoint, birdwatching and much more

It is in one of the lesser known valleys of the Ordesa y Monte Perdido National Park. This magnificent vantage point of the Pyrenees is probably the best attraction in the Escuaín sector. Not only is it a good place to admire the surrounding beauty but you can also watch the numerous birds nesting in the area.

The most beautiful villages in the Ordesa y Monte Perdido Park

The area around the Ordesa y Monte Perdido National Park is full of villages which, despite the influx of many visitors, you can still breathe in its rural and mountain atmosphere. Here are some examples.

Torla, the entrance to the Park

This is the starting point for those wishing to visit the park’s Ordesa sector. Torla is a small village, with an altitude of just over 1,000 metres, which maintains part of its medieval layout, in addition to the Romanesque church of the Holy Saviour. 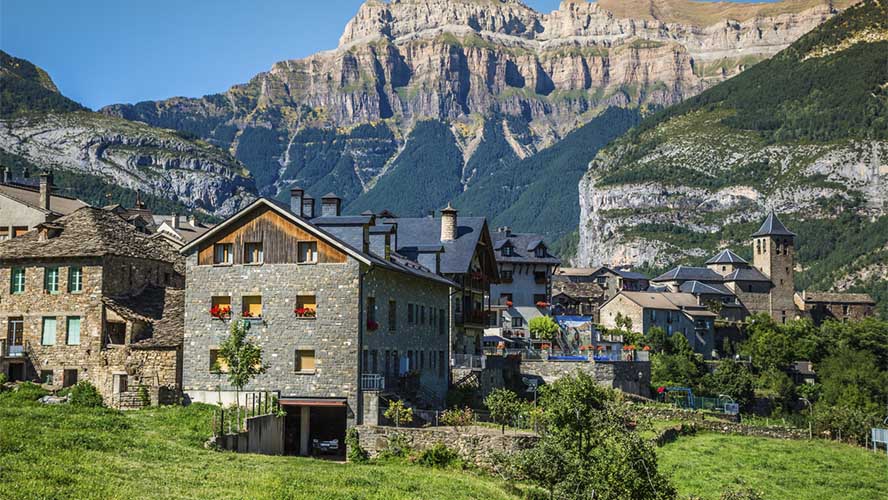 Aínsa is considered, with good reason, to be one of the most beautiful villages in Huesca province. Located at the confluence of the rivers Cinca and Ara, it is a good starting point for visiting the Ordesa y Monte Perdido National Park plus the neighbouring Guara Sierra and the Posets-Maladeta Nature Reserve. 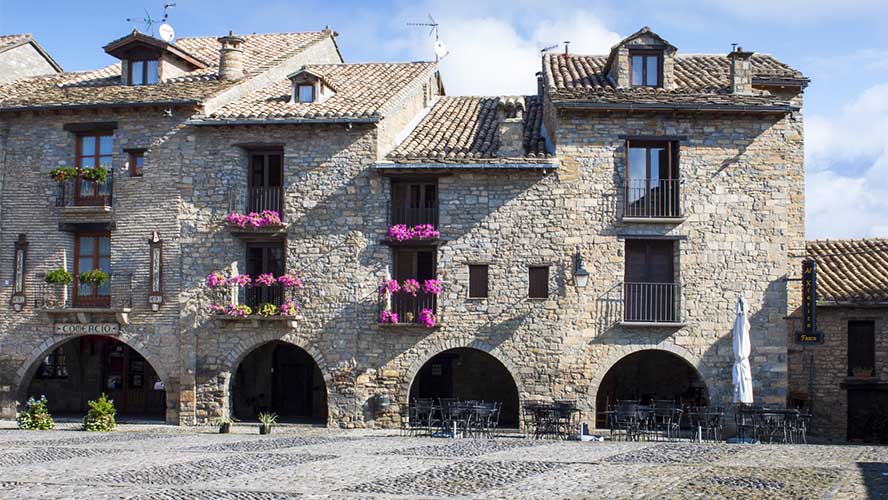 Boltaña, a castle and summer pool

Located below its castle and witness to a tumultuous medieval past, Boltaña maintains examples of that period in the form of monuments such as the bridge over the river Ara and Saint Peter’s collegiate church. In the summer, bathing in the natural pool of La Gorga is very popular. 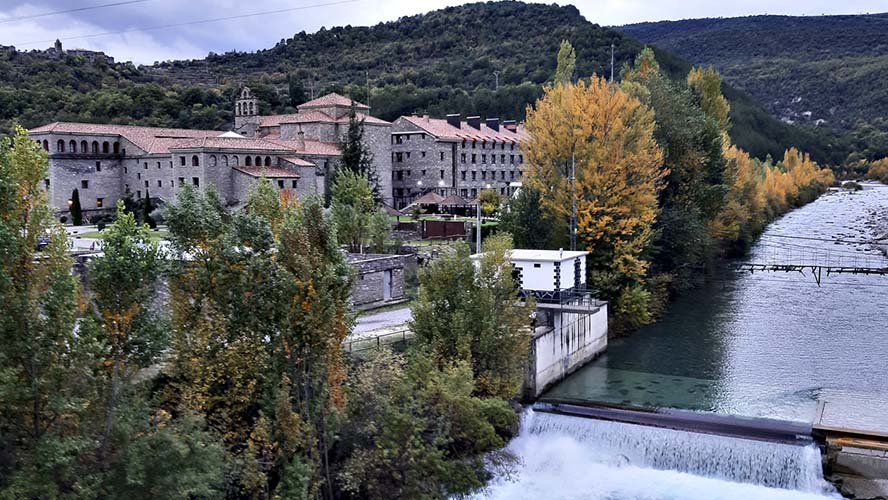 Broto, two neighbourhoods and one river

Broto has two neighbourhoods, Santa Cruz and Los Porches, divided by the river Ara and joined by two bridges. Next to the main bridge, there is the former prison, which was run as such until the 20th century. 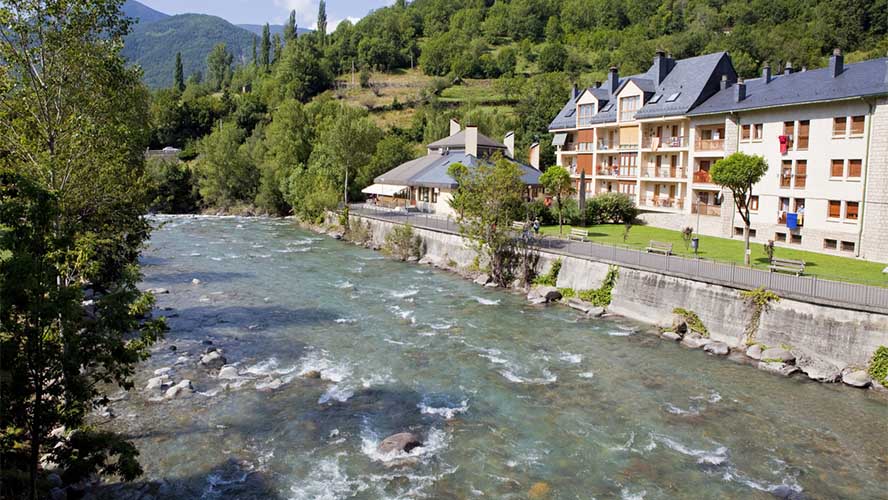 Sarvisé, rebuilt after the war

This is another medieval village in the Sobrarbe district, although its current aspect is completely different to that period due to the havoc caused by the Spanish Civil War (1936-39). Even so, the turret of the Marqueses de Sarvisé house is still standing and is one of the village’s monuments of interest.

Buesa may not stand out due to its rich heritage. Instead, its most striking features are the architecture of its typically Pyrenean houses and its location between Punta Plana de Guliana and Tozal del Bun, where active tourism activities are carried out.

Oto and its beautiful popular architecture

This village is practically an extension of Broto, which is barely one kilometre away. Like Broto, it is quite pleasant to wander around its streets, which are lined by the typical flagstone constructions with slate roofs. 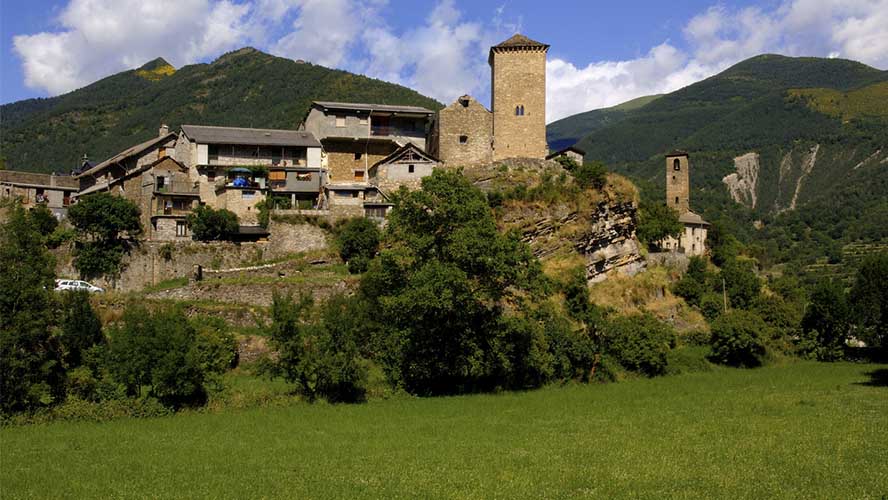 As can easily be deduced, the Ordesa y Monte Perdido National Park, like its surrounding area, is one of the main hiking goals in Spain. Some interesting routes are shown below.

This is the sector preferred by hikers because of its setting and since it enables them to do hikes of varying difficulty and physical levels. Here are some of them:

This route is only recommended for mountaineers with certain experience and physical condition since it takes two days and you reach the top of Monte Perdido itself. The starting point is the Ordesa prairie and you hike around 32 kilometres and spend the night at Góriz refuge. 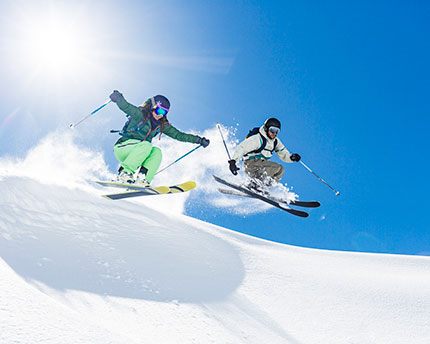 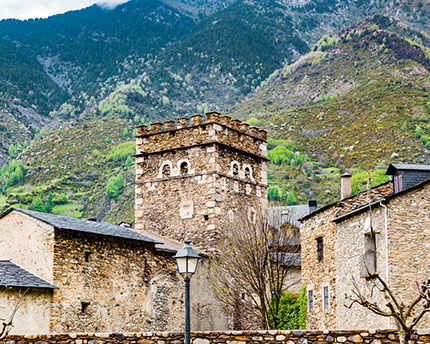 What to see in Benasque and its surroundings: the perfect active break 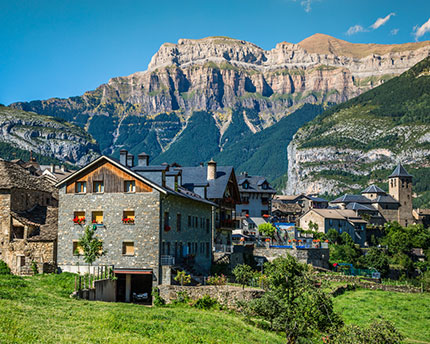 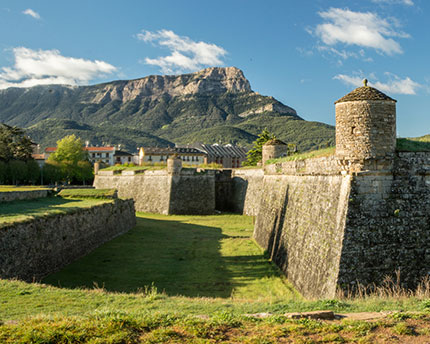