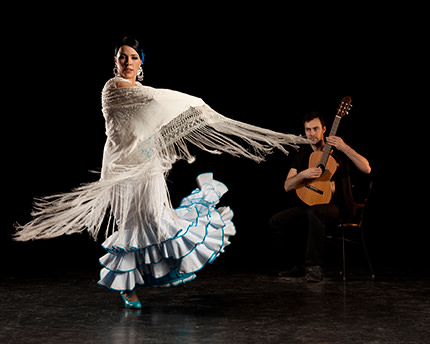 What exactly is flamenco? Many travellers arrive in Madrid and ask themselves what this most Spanish of art forms—which was included on the UNESCO list of Intangible Cultural Heritage of Humanity in 2010—really consists of. Flamenco is an artistic expression in which emotion takes precedence, although the anguish of cante jondo (flamenco’s most profound type of vocal style) or the joy of the bulerías (a type of flamenco rhythm) cannot be reduced to a clinical definition. As Federico García Lorca said, flamenco is that art “that burns the blood”. However, if it’s your first time at a flamenco show, we recommend not overanalysing its roots and just focusing on enjoying the experience. There’s always time to learn about the theoretical side of things.

Madrid, the capital of flamenco

To trace the origins of flamenco, which are subject to many different interpretations, we need to travel back in time several centuries. Some researchers have found similarities with the modulations and melismas of Islamic song, whilst others tend to believe that it originates from the Romani Gypsies that came from India around the fifteenth century. Jewish influence, Mozarabic song and Byzantine singing is also not ruled out. Either way, what’s clear is that it is a form of artistic expression born from the folklore of the people that has evolved over the centuries.

Although geographically speaking the autonomous regions of Spain that are most closely tied to this art form are those in the south—Andalusia, Extremadura and Murcia—the cantaores and bailaores—or the flamenco singers and dancers—of yesteryear had to triumph in Madrid in order for their talent to be truly recognised. For this reason, the capital of Spain doesn’t only have a great flamenco tradition, but it is also home to distinguished performance venues, known as tablaos. Artists used to travel to the city, where the most important record companies were also based, to record their music and make it known to the world. In fact, flamenco and copla (a short form of flamenco song) have a large following in Latin America.

Flamenco tablaos in the capital

If you’re the type to be moved by the zapateao—or the shoe tapping—of a bailaora, the strumming of a guitar, or the quejío—the lament—of a cantaor, now is the time to see a flamenco show live. There are various options, from theatres to performance venues, or tablaos, where you can also have dinner. Don’t obsess over trying to find places that don’t cater for tourists, as the venues that seem to indulge in every type of stereotype also boast the very best artists. Take a look at the poster and if it wins you over, don’t hang about. If you’re spending a few days in the capital, there are many different options to be sampled.

The tradition for bars offering shows seems to originate from the old cafés cantantes—or singing cafés—of the nineteenth century. Thanks to them you can enjoy some of Madrid’s traditional cuisine or an excellent Spanish wine whilst witnessing this music born straight from the soul. There are over 15 tablaos in Madrid, but we’ve selected just a few, although you can see the full list on the official website of Turismo de Madrid.

This tablao, opened in 1956 and situated close to the Royal Palace, offers live shows in a historical setting. Its furniture, dating from the eighteenth and nineteenth centuries, allows you to journey back in time amidst hand claps and shoe tapping. It’s one of the most traditional places to enjoy dinner with flamenco. Calle Morería, 17.

This café, situated on the lower floor of a seventeenth-century palace, is another historical setting in which to discover Madrid’s most authentic flamenco. Great artists, whose names make up flamenco’s hall of fame, have passed through its rooms. Its hallmark is its decoration made using beautiful Manila shawls. Calle Torija, 7.

Opened in 1960 this tablao is unique both for the renowned artists that perform there and its magnificent interior, which is a recreation of the Crimson Towers of the Alhambra of Granada. Great cantaores such as Camarón and guitarists of such calibre as Paco de Lucía have tread the boards here. It was once the site of another venue, the Taberna Gitana, which opened in 1949 and would have been the oldest tablao in Madrid. Calle Mesonero Romanos, 11.

The success of this venue is based on a combination of performances from great professionals and an excellent selection of set menus, which even have names such as Triana, Carmen, Lola, España and Cardamomo. They offer four daily shows, in which ten acclaimed artists and young promises get up on the stage to offer their own form of duende. Calle Echegaray, 15.

Created in 1911 by two picadores—the horsemen that assist a bullfighter—it has a beautiful tiled façade on the central Plaza de Santa Ana. It was once frequented by the likes of Ernest Hemingway and Ava Gardner, and if you’ve seen the film High Heels by Pedro Almodóvar you’ll surely recognise it, as it appears in the opening scene. Plaza de Santa Ana, 15.

Although it is the newest addition to Madrid’s tablaos, it has the energy and potential to become the place of reference for flamenco in Madrid. In fact, it is the first flamenco theatre in the world.

Housed in the famous Teatro Alfil, it spans 300 m2 and has capacity for 220 persons. Its aim is to gain a foothold as a meeting place for flamenco enthusiasts from Madrid and abroad. Both acclaimed artists and other less well-known, but no less talented, artists appear on its programme. The theatre offers two sessions a day and different ticket options, with or without nibbles (it’s not a restaurant). An added plus are the activities and workshops that take place throughout the year.

Flamenco listings in Madrid wouldn’t be complete without mentioning the venues that are not tablaos but which offer dance and singing at certain times. See the programme of Café Berlín, Sala Galileo, Clamores and Sala García Lorca.

To wrap us this visit to Madrid, as the great poet Federico García Lorca once said, “in the search for duende there are neither maps nor practice”. For those that don’t know, duende doesn’t refer to being magical but the “ineffable enchantment” of this art form.

How to get to the city center 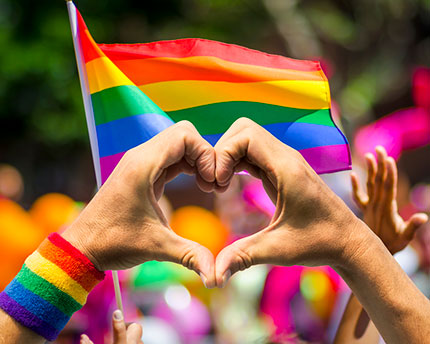 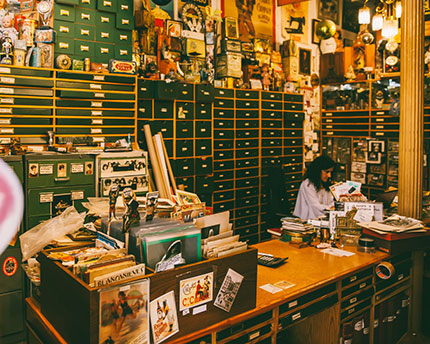