Elegant and urban, the Paseo del Prado is one of the most important and most historical boulevards in Madrid. It takes its name from what was once the Prado de los Jerónimos, a group of fields surrounding the Monastery of San Jerónimo El Real, upon which the boulevard was built. The first urban redevelopment of the area took place in the sixteenth century with the backing of King Philip II and included the planting of rows of trees. However, it wasn’t until the eighteenth century, under the reign of King Charles III, when it was redeveloped as part of a project called the Salón del Prado. A promenade replete with gardens was designed by José de Hermosilla, whilst decorative features such as the fountains that still stand today were designed by Ventura Rodríguez.

The Paseo del Prado stretches from Plaza del Emperador Carlos V, commonly known as Atocha Plaza, to Plaza de Cibeles. Along its course are two other squares (Plaza de la Lealtad and Plaza de Cánovas del Castillo) and a large number of notable buildings and monuments. Join us on a route along this Cultural Heritage Site to get to know its most interesting features.

Our itinerary begins on Plaza de Carlos V, where you can also stop off to visit Atocha Train Station, which opened in 1851. It was Madrid’s first railway station and the point of departure of Spain’s second rail line (Madrid to Aranjuez). Its striking roof, which measures 152 metres in length, dates from the nineteenth century and was designed by the engineer Henry Saint James. We recommend going inside to see the lush botanical garden where you can also have a drink or snack at the cafeteria. Other places of interest in the vicinity include the National Anthropology Museum and the Ministry of Agriculture.

If you walk down the Paseo del Prado in the direction of Plaza de Cibeles, you’ll come across some essential places to visit when in Madrid, such as the Royal Botanical Garden, the CaixaForum Madrid, the Museo del Prado, the Church of Los Jerónimos, the Neptune Fountain, the Plaza de Cibeles, the Naval Museum and the Cibeles Palace. Below are some pointers so you can enjoy the promenade to the fullest.

Together with Retiro Park, the garden is a true oasis in Madrid. Strolling along its paths and through its greenhouses, among over 5,000 species of plants and trees, is a pleasure that we owe to King Charles III (known as the Illustrious King), who insisted on creating a space dedicated to the natural sciences. Incidentally, let’s not forget that the nearby Museo del Prado began as the Natural History Cabinet. It was declared a National Artistic Garden in 1942 and still acts as a research centre with a library and archives. 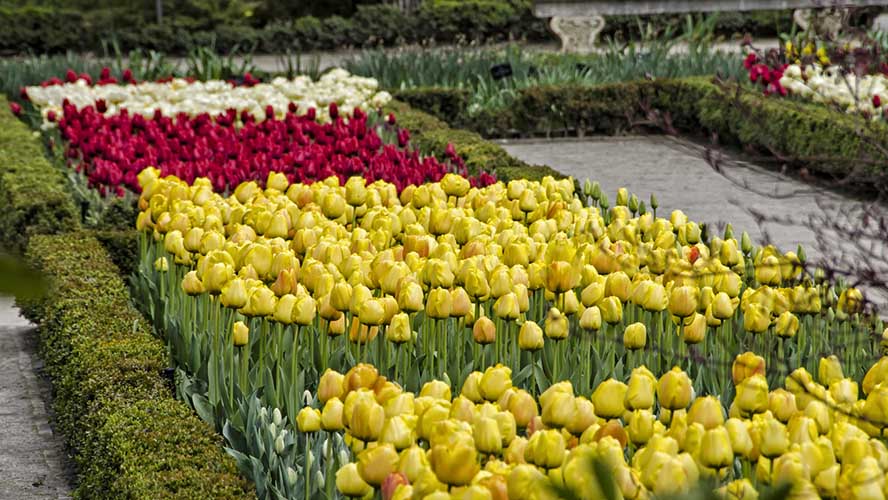 This cultural space housed within the former Mediodía electric power station is a must-visit both for the architectural transformation that it underwent and its interesting exhibitions. From the Paseo del Prado, one of the most striking features of its façade is the vertical garden: a large plant tapestry standing over 20 metres tall that covers the exterior of a neighbouring building and flaunts its natural beauty all year round. Go up to the cafeteria for a coffee and views of the Paseo del Prado. 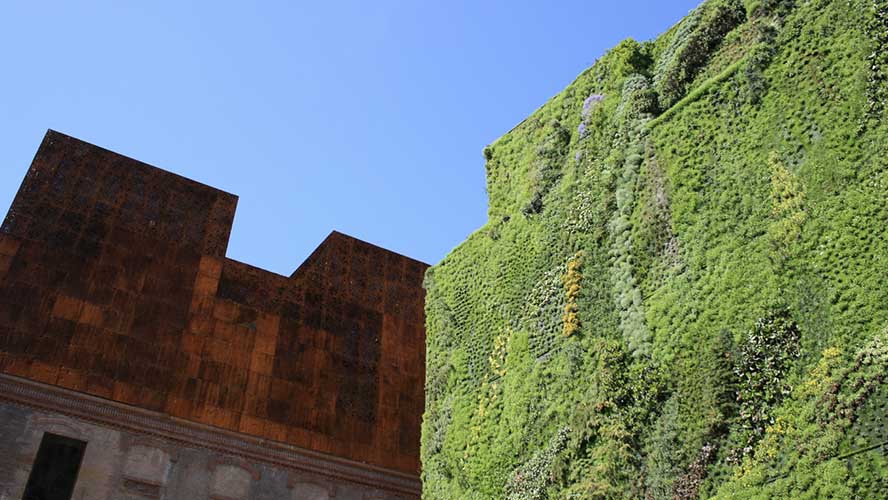 Spain’s most important art gallery and one of the largest in Europe is an essential place to visit when in the capital. The museum boasts an impressive collection of Spanish art including the most important works by Velázquez, Goya, Ribera, Zurbarán and Murillo. It opened its doors two centuries ago, thanks to the support of María Isabel de Braganza, the wife of King Ferdinand VII. The original building was designed by Juan de Villanueva and subsequent extensions are the work of Rafael Moneo. Don’t miss Dauphin’s Treasure and the new Flemish Painting Rooms. 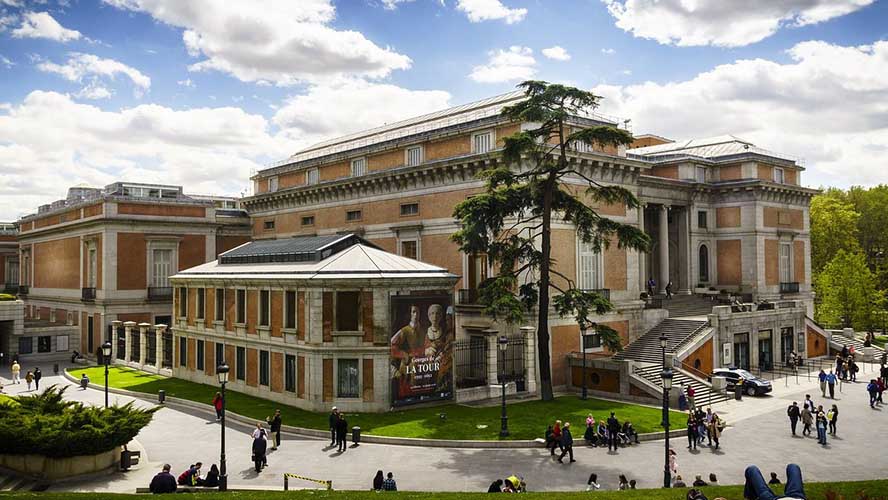 Known by locals as the Convent of Los Jerónimos, this monastery is one of the capital’s most important. All that remains of the former convent is the church and a cloister that was incorporated into the building of the Museo del Prado as part of the most recent extension by Rafael Moneo. King Alfonso XIII was married in the church and it was also the site on which Juan Carlos I was proclaimed king.

This important junction lies in the middle of the Paseo del Prado and is surrounded by magnificent buildings occupied by historical hotels such as the Ritz and the Westin Palace, in addition to the spectacular fountain of Neptune. Said fountain, whose origins are disputed, depicts the god of the sea on top of a shell-shaped carriage. The monument is associated with the football club Atlético de Madrid, rivalling the Fountain of Cybele, which is closely tied to fans of Real Madrid. Next to it is Plaza de las Cortes, which is home to the Congreso de los Diputados, the lower house of the Spanish parliament.

Situated in the former building of the Ministry of the Navy, now the headquarters of the Spanish Navy, this museum often goes unnoticed when walking along the Paseo del Prado. Although its origins date back to 1792, it wasn’t until 1932 when it began to function as a museum. It houses an important collection related to maritime activity, from paintings to life-size boat models. Both young and old will no doubt enjoy what it has to offer.

Housed within a former palace is this modern art gallery formed around the private collection of the Thyssen-Bornemisza family. Of particular interest are ancient works of art and American painting from the nineteenth and twentieth centuries. 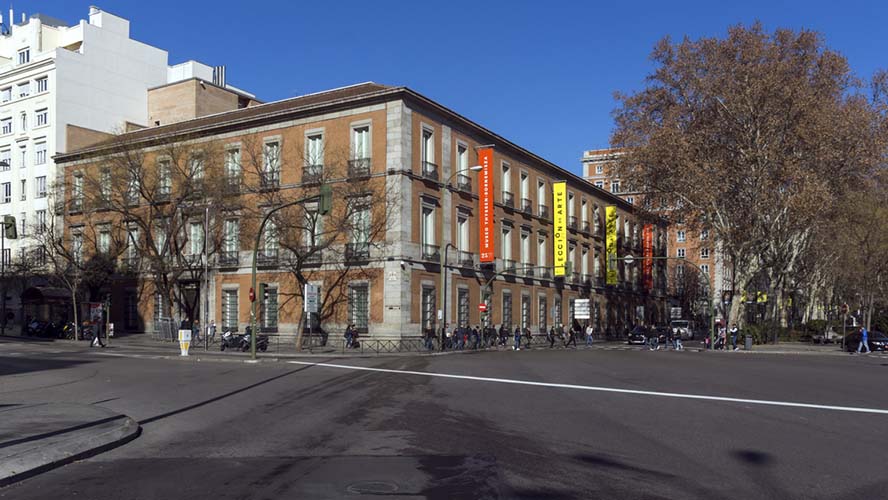 A large number of Madrid’s most important and most historical buildings are situated on this square, making it one of the city’s most distinguished locations. Notable buildings include the Palacio de Cibeles—the headquarters of Madrid City Council—the Linares Palace, the Bank of Spain and the Buenavista Palace. The square marks the end of the Paseo del Prado and the beginning of the succeeding avenue, Paseo de Recoletos. 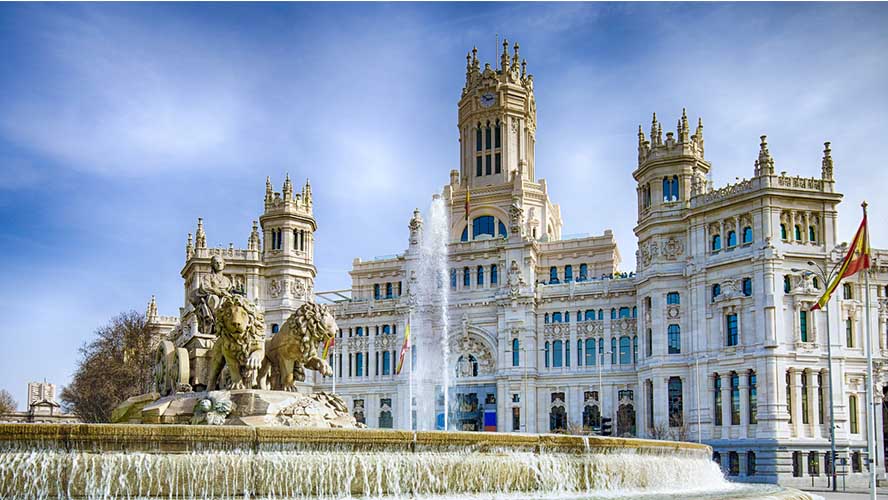 This is the name given to the three most important museums in Madrid to highlight their proximity from one another. The so-called ‘Golden Triangle of Art’ is formed of the Museo Nacional Centro de Arte Reina Sofía, the Museo Nacional del Prado and the Museo Nacional Thyssen-Bornemisza. In addition to the Paseo del Arte’s trio of cultural stalwarts is also the CaixaForum Madrid and the Naval Museum, both located on the same road.

With this pass you can visit the three main museums of the Paseo del Arte at a more affordable price. Consult up-to-date rates.

How to get to the Paseo del Prado 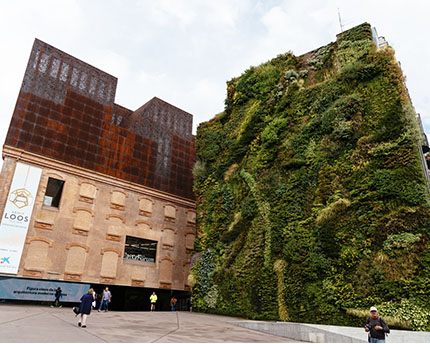