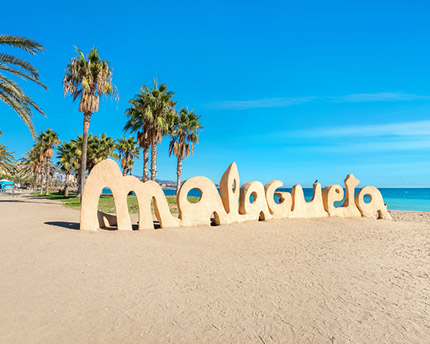 It’s undeniable—the south has its own special flavour. Its streets, people, food, atmosphere… Together they make this holiday destination one of the best choices in Spain.

La Malagueta neighbourhood has a triangular shape and is located in a central area of Málaga, close to the port and La Malagueta beach—one of its biggest attractions. In times past, La Malagueta was a fishing enclave where fishermen worked modestly in the area. There was also a shipyard and an industrial zone filled with sugar factories and wine cellars.

However, when the emblematic La Malagueta Bullring and Hospital Noble were constructed, the neighbourhood took on a new lease of life and the first homes were built for wealthier families. Little by little the neighbourhood began to grow and create opportunities, and by 1960 there were several apartment buildings in the area for people from every background.

Today, La Malagueta is a fully developed neighbourhood with first-class infrastructures and delightful hidden corners waiting to be discovered. 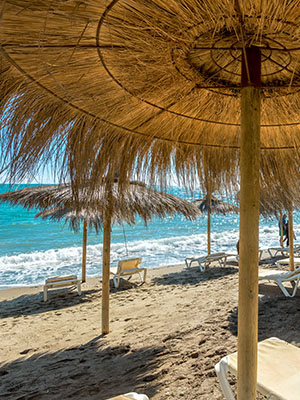 Can you imagine strolling through the streets of La Malagueta and then going for a dip in the sea? Well, here it’s possible because La Malagueta has a city beach that is just metres from the centre. It’s one of the most famous beaches on the Costa del Sol and also one of the busiest thanks to its excellent location.

The beach is over 1,200 metres long and normally has a lively atmosphere. You can even try genuine Málaga spit-roasted sardines at any of its beach bars.

What to see in La Malagueta neighbourhood

This district of Málaga turned itself around to become an example of urban development and it has numerous attractions to enjoy. If you decide to visit the neighbourhood, make a note of the following places:

There a many different types of restaurant to choose from in this area: from establishments which serve refined, artfully prepared cuisine to authentic spots where you can enjoy delicious fresh or fried fish.

Miguel Restaurante serves Castilian food right in the heart of Málaga. Hake from the Cantabrian Sea, salted cod and red tuna are some of its specialities. Meat lovers will find plenty to enjoy too: suckling pig from Castile and León is one of the most typical dishes.

Located on La Malagueta’s seafront promenade, Merendero de Antonio Martín is another highly recommended choice. It specialises in traditional Andalusian food and has an impressive terrace with sea views, although you can also just have tapas if you’d prefer.

Venta El Túnel, just 4 km from La Malagueta, is an unpretentious restaurant with delicious home-made dishes. Creamy rice and anchovies in vinegar are two of its specialities. 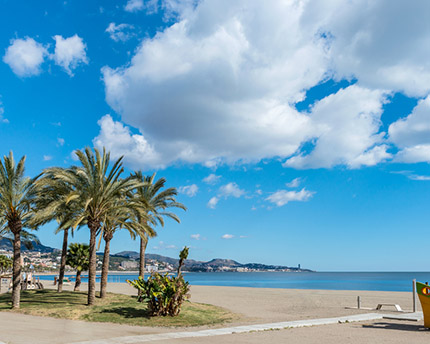 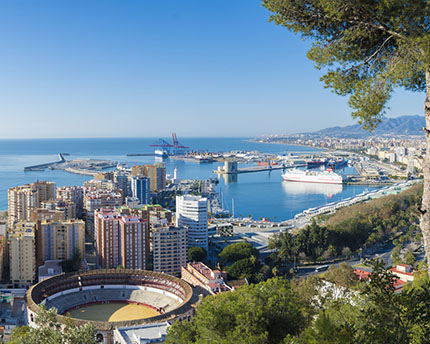 The Costa del Sol: 150 kilometres of coastline between the mountains and the sea